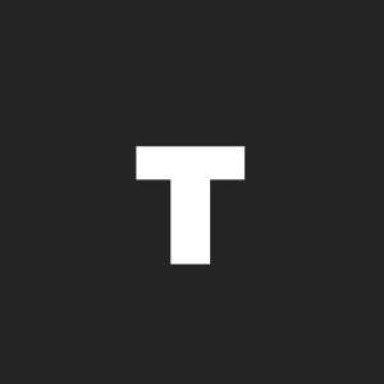 By Thought Catalog Sponsored Posts Updated January 31, 2019
HARLOTS -- "Episode 5" Episode 105 -- Lord Fallon shows interest in Lucy - can she finally snare herself a keeper? Charlottes decision to leave Howard puts her in danger. To escape Lydia, Emily has to risk more than one life - will she take that chance? Charlotte Wells (Jessica Brown-Findlay), shown. (Photo by: Liam Daniel/Hulu)
In honor of the badass women of Harlots, Hulu’s new original series, we wrote about the secret aphrodisiac these ladies used to attract men (and command their respect). Catch Harlots now streaming Wednesdays on Hulu!

By Thought Catalog Sponsored Posts Updated January 31, 2019
HARLOTS -- "Episode 5" Episode 105 -- Lord Fallon shows interest in Lucy - can she finally snare herself a keeper? Charlottes decision to leave Howard puts her in danger. To escape Lydia, Emily has to risk more than one life - will she take that chance? Charlotte Wells (Jessica Brown-Findlay), shown. (Photo by: Liam Daniel/Hulu)

There’s something that sticks out about watching the women in period shows; they capture a cheekiness and joie de vivre most of us don’t feel in our day to day lives. Life seems to be a game for them — the desired outcome being love or upward mobility or even just infusing more adventure into lives that are much more routine and predetermined than our modern ones. When we watch the love stories develop from these eras, even men seem more infatuated with these women.

What we’re witnessing isn’t based on historical differences, but the simple fact that love is better when it’s fun. This is a fixed part of our biology: the eye follows an object that is in motion before it focuses on a stationary one. Something that is hard to get is more appealing than something that is easy to get because from an evolutionary standpoint the harder something is to get the higher quality it is. We are wired to think the most desirable thing to have is something we are initially told we can’t have.

The fun in love comes when “the chase” is a built in part of your relationship. This is why those old-time relationships are so interesting to watch — the women are masters at prizing their independence as much as possible. The men who love them see an object in motion, someone who will not easily acquiesce to their whims: a challenge. To be clear, the women who do this successfully aren’t putting on an act, they simply are hard to get. When independence is a rare commodity, you guard it carefully.

Badass women throughout history have held court with their ability to make any guy feel like they are getting a great deal by being a woman people know always have other options. To take a page from their book you don’t have to be born into money or with Kate Upton’s genetics, it can be as easy as making your own money and maintaining your financial independence. When you have the financial resources to make your own decisions and leave a relationship that is no longer working for you, you will always be able to maintain the aura of someone who demands to be woo-ed.

Of course, there weren’t a lot of ways for women to enter the workplace back then, so some exceptionally fearless femmes did it by opening brothels. We joke about prostitution being the world’s oldest profession, but there’s truth to it. It’s always been one of the few ways women could work their way upward in a world that tries to keep them down. Women as far back as the 18th century who wanted options and mobility did it by earning their own money. The relationships that they formed were then based on desire, attraction and love, not security or the need to settle down with someone. Women were more respected and closer to filling the role of partner than property.

If you’re wondering how to stand out in the dating scene today, or how to inject some fresh passion into your current relationship take a hint from the women of the past. Treat your independence like it’s a scarce resource — one you have to hold onto and protect. The result, we’ve seen through history, is that both people in the relationship will feel more awake — our vibrant human instincts kick in and we remember how fun it is to chase and earn someone’s love.