I remember the first time I realized something was cool.

I was sixteen years old, poking around on Livejournal—for those too young to know, Livejournal was a site of semi-private diaries that worked kind of like Twitter and Instagram in the sense that it was actually possible to be popular and have lots of followers if you posted cute enough pictures of you and your friends—and I stumbled upon the diary of a girl I’ll call Julie.

Julie was my age and lived in Malibu. On her profile, her interests were listed as “toothbrushes. tofu. sleepovers.” I clicked on her diary and found entries upon entries of her posing in hazy polaroids with her girlfriends in Marc Jacobs coats and ripped leggings. The journal entries themselves were always vague and typed in lowercase to give off a more whimsical vibe.

Sample entry: “today i made sam come to lunch with me & jacques at le petite four. we then found the best vintage store in hollywood & bought lots of stuff. then beck was sold out so we went to a party where people were wrestling & peeing in their pants…& now im here, drinking milk. IM SO HAPPY!”

Looking back this post is v. v. innocuous and snooze-y but at the time my thought process was

“OH MY GOD. THIS GIRL IS SO COOL. LE PETIT FOUR AND A FRIEND NAMED JACQUES???!. PARTIES? VINTAGE CLOTHES?! AGGHHHHHDFNBGHFEJMFJNBGJFD!!!””

Inspired, I decided to model my Livejournal Indieadolescent (lol) after Julie’s. I ditched capitalization (too obvious and desperate!) and bought a Polaroid camera so I could take hot pictures of all my friends. This was in 2004/2005, the beginning of Myspace and scene kids, which were like hipsters but with worse hair and an unclear emo vibe. Scene was NEVER chic. 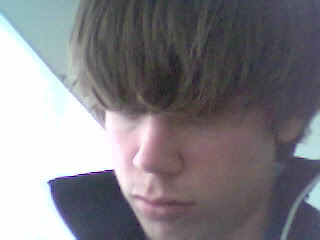 I wanted to be a hipster. I wanted to live my life like it was a Sofia Coppola movie and listen to Velvet Underground records and have dance parties to a band you’ve never fucking heard of. I didn’t have the vocabulary for it then but I was, building my “brand” as a hip teenager and using Livejournal as my medium. 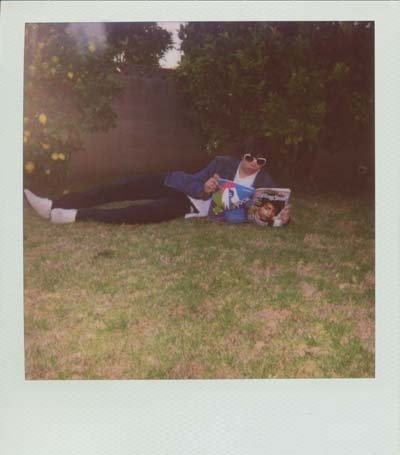 A sample entry from my journal during this time: “i ran around los angeles & got my outfit for prom: a white marc jacobs suit. i sat in silence on the cab ride home & was almost content. then i went to a party where i see the same people do the same boneheaded things. but i like it anyways. that night, i got drunk for the first time in awhile. champagne flowed freely. & i dont remember much but i guess i sang that romeo void lyric “i might like you better if we slept together” to my mother. things have been off-kilter since. my stomach is now hairless & im still loveless so i guess its for thine eyes only. which i thought i didnt mind about. but i guess i am aching for a companion. i want it to go away. i have no inspiration for a companion. i dont desire anyone. so why must i be so lonely? oh grace slick, somebody to love.” 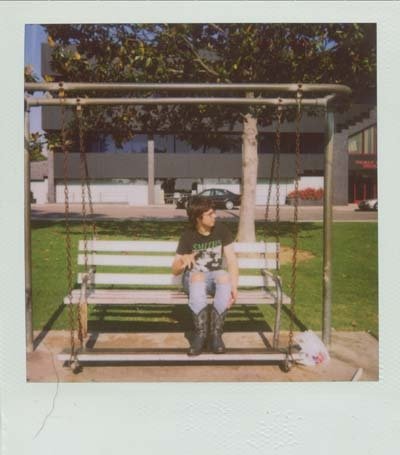 On top of writing twee and melanlolllllllllly posts on my Livejournal, my friends and I would have photo shoots in random meadows in Ojai so we could post the pictures to Myspace and have everyone think we lived cooler lives than we actually did. The hilarious thing about all of this is that it fucking worked. I became a cool teenager!!!

So smash cut to me living, laughing, and loving in college. The party photographer The Cobrasnake was gaining steam and catapulting people like Cory Kennedy (Edie Sedgwick but with seemingly even less brain activity) to Internet fame. I’d scroll through the photos from my dorm room, seething with jealousy.

“WHEN THE FUCK AM I GOING TO BE ON THE COBRASNAKE?” I’d scream. “WHEN IS IT MY TURN TO LOOK DISAFFECTED ON THE WORLD WIDE WEB?”: 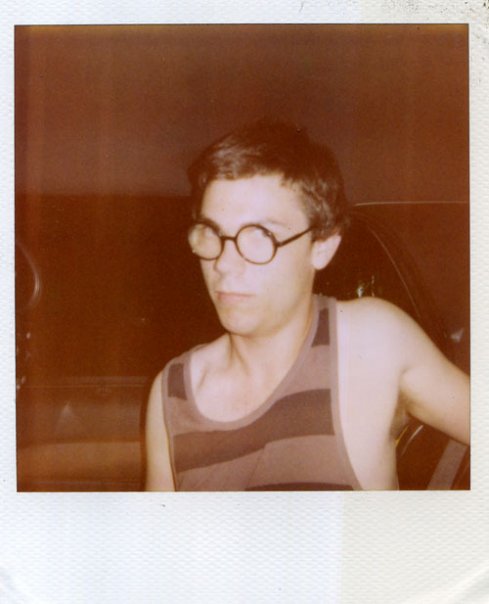 That summer I lived in LA and went to every traj hotspot imaginable, including a place called Hyde that served milk and cookies for fifty dollars. I met The Cobrasnake IRL and he looked like a literal goblin. I also tried to have a conversation with Cory Kennedy while she was wearing a nightgown and clogs but forming words proved to not be her ultimate journey.

During this time, I’d also befriend crazy rich girls with terrible personalities who looked GREAT on camera. I was still so obsessed with this idea of being cool, even if it meant surrounding myself with psychos I had nothing in common with. And why was I doing this? Why was I paying the bouncer fifty dollars to get into Dim Mak Tuesdays at Cinespace?

LOW SELF-ESTEEM, duh!!!! I have a mild case of cerebral palsy and —quell surprise—it made me feel like a total undesirable loser. I guess I thought that if I wore enough deep V’s from American Apparel it would somehow all go away???? Crazy, I know, but I was 21 and when you’re that age you don’t have a thought in your brain that isn’t batshit insane. 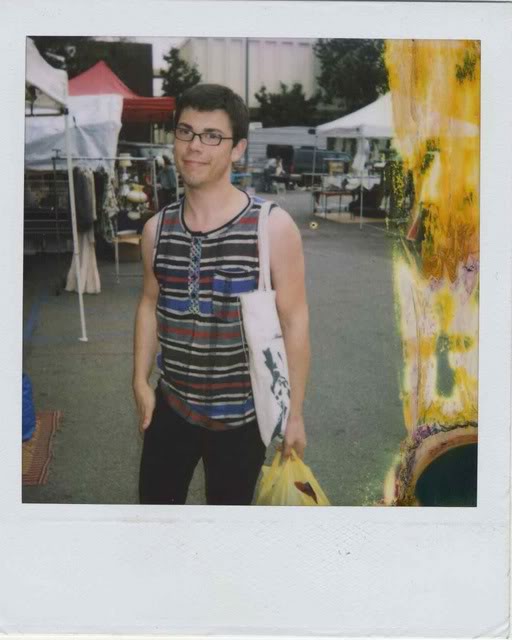 That year, I moved to New York for school. Desperate for friends, I started hanging out with these fashion kids who had bouillon cubes for brains. I got the feeling they kinda hated me because I wasn’t super thin and my limp was fucking up their steeze. They would constantly ditch me or ignore jokes I made. I learned pretty quickly that having a sense of humor was NOT considered cool. Their version of lols was pushing a close friend off their Myspace top 8.

The low-point came when I was sitting with these two people at a club called The Annex. The girl looked like Lux Lisbon and the guy was just some waifish sociopath with a vintage line. We were “friends’ though and I started to tell them this HIGHLARIOUS story about god knows what. Right when I began talking, they looked at each other, got up and walked away. No explanation. Just bye.

Lesley Arfin once tweeted “Being cool doesn’t keep you warm at night” and man do I wish that tweet existed for me in 2007 because I probably could’ve saved myself from having countless boring dinners with nightmare people.  I was a gay gimp, for fuck’s sake!

By the time I graduated college, I abandoned my Livejournal, ditched my Polaroid, and started exclusively hanging out with funny weirdos. It’s cheesy but when you stop fighting against your real personality, you actually let yourself become…cool. Seriously, being cozy in your own skin is the chicest thing you could ever do for yourself.

Confidence is cooler than a dreamy picture of two babes taken by a vintage camera. 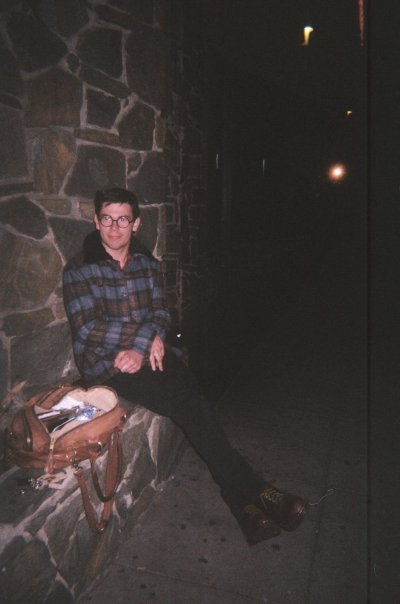 And, by the way, everyone my age seems to have given up on this idea of “cool” too. All those club kids from 2005-2007 live normal lives now. Even Julie from Livejournal went to rehab and just posts pictures of her dog on Facebook!!

It’s a relief to know that it was just a phase for all of us. It’s a relief to realize that all of us were just playing a part, waiting until we had the courage to be the person we really were.

Except for Cory Kennedy. I think she’s still trying to be “cool.”

It’s Okay To Run Away From Your Problems

The First Winter After Adopting A Dog

The Truth About ‘Cool Girls’

A Brief History Of Falling In Love With Strangers