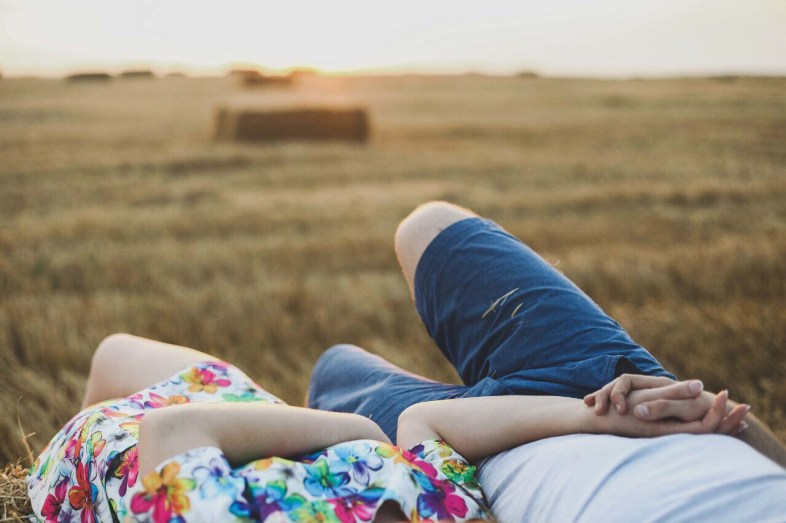 1. When you realize you’re totally comfortable walking around naked in front of each other, even when you’re feeling super bloated and/or sick and/or totally unsexy.

2. When something weird happens during sex and neither of you is at all embarrassed.

3. When you spend a night apart doing things that are supposed to be fun but find yourselves mostly missing each other instead.

4. When it becomes second nature to conspire in fibbing to friends and/or family to avoid hanging out with them because you’d rather be alone together.

5. When you go off the grid for the first time as a couple to get yet more quality time.

6. When you agree to decline a supposedly fun future event because you’d both not-so-secretly rather stay in.

7. When you say the exact same thing out loud at the exact same time because you’ve been spending THAT much time together. (Finishing each other’s sentences is for amateurs!)

9. When one of you accidentally calls the other by their ridiculous pet name in front of other people and it’s definitely embarrassing but mostly hilarious.

10. When you stop feeling at all awkward calling each other by your ridiculous pet names in front of other people because really, who cares?

11. When one person says or does something awesomely stupid but instead of regretting it you both immediately appreciate the inside joke you’ve just gained.

12. When you pop your grooming cherry as a couple because one of you needs help tackling a zit or excavating an ingrown hair.

13. When you reveal your sweaty “gym selves” to each other, either by going for a joint run, or taking a group exercise class neither of you has tried yet.

14. Every time you decide to stay inside on a beautiful sunny day so you can lie in bed together binge watching movies and television instead of taking advantage of the beautiful weather.

15. When you make the switch from separate traveling bags to one joint suitcase.

16. When one person broaches the subject of making babies and the very idea automatically makes the other smile, even if it’s a far off possibility.

17. When you start getting phone calls from each other’s parents in the event that they can’t reach their own son or daughter.

18. When you start getting group texts and emails from each other’s parents regarding family updates and upcoming gatherings.

19. The moment you realize you’re a two-person family.