1. He texts you all the time and replies you instantly. Even if you don’t say much, he’ll still find something to continue the conversation.

2. He compliments you constantly, be it your appearance or your abilities. He thinks very well of you.

3. Most if not all his friends know about your existence, as he has introduced you to them before and he constantly mentions you to them.

4. He’s keen to know about your love life, be it your dating history and whether or not you are interested in anyone.

5. He makes his feelings for you super obvious and hints heavily how much he likes you.

6. He is an open book and doesn’t hide anything from you. He uses his phone in front of you and openly shows you his social media accounts.

7. He asks about your day and is genuinely interested in what you say.

8. He cares about you and considers your feelings first.

9. There is no ex-girlfriend or any potential female interest in the picture. He makes it clear you’re the only girl he’s interested in.

10. He always offers to pay for your meal even through you insist it’s okay.

11. He gets jealous when you receive male attention that is not from him.

12. He wants to know everything about you and can’t stop asking you questions.

13. When you hang out with him, he gives you his full attention and seldom used his phone (unless it’s to show you something he wants to share with you).

14. He constantly makes plans to meet up with you. Even if he is busy, he will find a way to see you, as you are his priority.

15. He treats you with respect. He doesn’t swear at you when he’s angry and doesn’t act superior to you.

16. He is affectionate towards you, such as giving you friendly hugs and back rubs. He likes to be in close proximity to you; however, he knows where to draw the line and not be too touchy.

17. He is reliable, shows up when he says he would, and supports you. He means what he says and follows through with all the promises he makes to you.

18. He doesn’t use any dating apps. If he did, he has since deleted them.

19. He validates your feelings and doesn’t judge you. He listens patiently to you rant about your problems and advises you on how to deal with them.

20. He calls you by your name or gives you a cute nickname.

21. He pays attention to you, such as remembering every small detail about what you told him, or noticing any changes you made to your appearance.

22. He doesn’t rush to have sexual relations with you and is keen to know you on a deeper level.

23. He puts in effort to look good and make sure he looks presentable, as he wants to give you a good impression.

24. He likes to tease you and flirt with you. There is an undeniable chemistry between both of you.

25. He does sweet acts for you, like opening the door and offers to help you whenever he can.

26. He has clear relationship goals and he isn’t into the hookup culture.

27. He accepts you the way you are and doesn’t try to change you into someone you’re not.

28. He puts in effort into the dates he plans, be it taking you to your favorite places or doing activities he thinks you’ll enjoy.

29. He is real with you and shares everything with you about him, including any struggles he’s facing.

30. He confesses his feelings for you and tells you he wants a relationship with you.

Now here’s Everything You Need To Know If You Want Love That Lasts by Sabrina Alexis, available here. 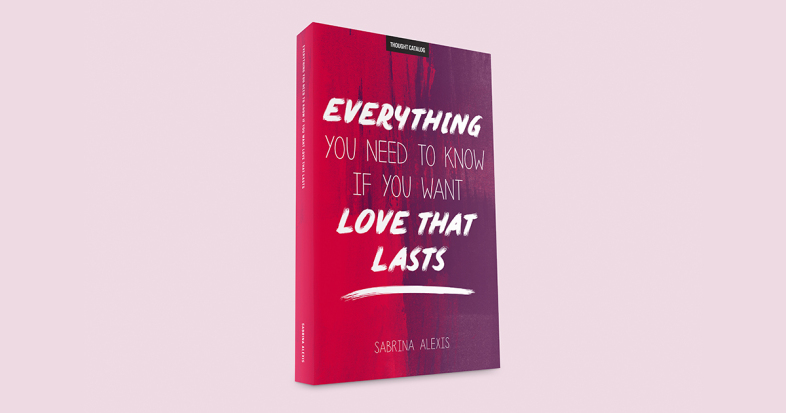