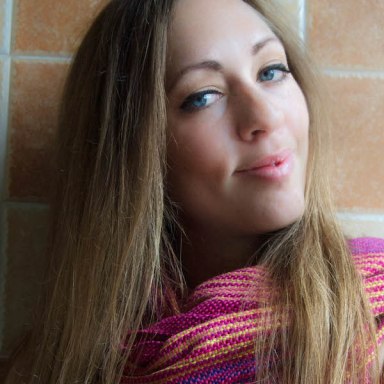 When I was in high school my psychology teacher asked us to illustrate a small picture book of what we predicted would happen throughout the course of our lives.

Most of my classmates drew the same things: They went to college, got married, had kids, then had grandkids, and lived happily ever after with their white picket fences and on their porch swings for two. My prediction, however, was starkly different.

I drew a girl who went to university, who traveled the world, became a published author, who never got married nor had children, and who died at 35. All of those things, save for one, have come true, and given I’m about to hit my 30th birthday, I should probably hope to every power that exists that the accurate predictions stop there. I guess you could say I was a morbid teen, or maybe just someone who thought 35 sounded really darn old at the time.

I’m more experienced now than the 16-year-old girl who made those predictions, but some things remain the same – I still love the color blue and I still don’t believe that a fulfilled life has to involve a marriage, 2.5 children, and a cat named fluffy. I’m allergic, anyways.

I’ve met so many other women during my travels who echo the same sentiments. They don’t feel like settling down and making a home should be what legitimizes them. They’re having adventures, seeing the world, and getting to know themselves better. A relationship just isn’t in the cards for them right now. Why is this a taboo thing?

I don’t think it should be, here’s why:

It’s okay to be single and happy…

People often ask me when I’m going to stop traveling and ‘settle down,’ as though the traveling lifestyle, unencumbered by anyone or anything but me, is not a viable one. They ask me incredulously how I can afford it, overlooking the fact that working on the road isn’t rocket science and that they can also do it if they’re crafty enough.

The truth is my lifestyle makes them uncomfortable. I’m too old to be on a gap year and too young to be a retiree out spending her pension, so it doesn’t compute. They don’t know how to quantify a woman’s life that doesn’t have a relationship, family, or mortgage as the end goal. That traditional role is what I’m supposed to want, right? It should be how I’m programmed. It’s how Disney princesses and rom-coms have always portrayed a woman’s dream come true: to find the man who completes me and to have a family with him.

It’s not that I don’t think about that possibility or confront those other lives I could have lived and the paths I didn’t take. I could have had several faces looking back at me around the dinner table by now. Instead of following whims and making decisions that impact just one, I would have a partner and children depending on me. I don’t renounce that possibility but I also don’t know if I want it yet, and I think that before jumping in head first, I should be sure.

Maybe it used to be the case, especially in ancient societies, that women needed a partner to provide her with food and protection while she looked after the children. We’re not trying to avoid lions and wolves anymore, though, and if I need food, I don’t have to hunt for it. I can just go to the supermarket. I don’t need anyone else in order to survive in this day and age.

When I join a local ceremony, hitchhike across a country, or learn how to ski, do I really need a counterpart there to legitimize that, to legitimize me? When I take a motorbike through the Vietnamese countryside, or climb to the Southern Patagonian Ice Field in Argentina, is that all worthless without a partner to share it with? Why can’t being single and free be as valuable and respected as the role of a mother or wife? The perceived need to reproduce or have a partner isn’t there anymore. It’s just instinct, and it’s okay to fight that sometimes.

Getting to know oneself is essential to loving someone else

The current divorce rate suggests that a lot of people are getting married before they’re sure or for the wrong reasons, and I think I’m better off spending my time in a relationship with myself, out exploring the world, becoming more in tune with the person who I will most definitely never break up with – me.

The better I know myself and what I want and need out of life, the better I can do at selecting an appropriate partner. Life isn’t a Nicholas Sparks novel. There has to be more to it than love at first sight. I want to wait until I’m really ready and that takes time and experience.

All of that said, just because I like being on my own doesn’t mean that I’m not open to meeting the right person. Sure I want a partner in crime, someone to have adventures with, and a true companion. But I want that someone there because I want him, not because I need him or her.

In time, by living my best life, I know I’ll find someone else who is in the same boat, ready and open to sharing it with someone else but not desperate to rush into things, either.

There were, and there still are, many paths that stretched out before me into the distance when I completed that assignment 14 years ago. Since I couldn’t live two lives at once, I chose the one that was a little unorthodox. It doesn’t mean I can’t take another path later, and even though it confuses a lot of people, I have zero regrets.