Rising the ranks as a woman in the U.S. military comes with a sense of hard-fought honor, pride, and recognition—major emphasis on “hard-fought.” Just to give you a sense: Combat jobs were still off-limits to women five years ago, even though women have served in the military since the American Revolution.

You would think that transitioning to civilian life would be a cakewalk in comparison, but it’s a whole new uphill battle entirely.

Heartbreaking truth: Women veterans are more than twice as likely to be homeless as other women, according to the U.S. Department of Veteran Affairs (VA). They’re the fastest-growing segment of the homeless veteran population, with the latest reports predicting that nearly 40,000 women vets will experience homelessness by 2025.

It seems wrong on so many levels, doesn’t it? Why are women who’ve fought for our country so vulnerable after they serve? Women veterans especially prone to homelessness, due to a constellation of factors. Thankfully, national initiatives like Built For Zero, which is supported by partners like Rocket Mortgage®, are effectively stepping up to meet these challenges and end the problem for good.

Why are female vets so vulnerable?

1. Women are undersupported as they reenter civilian life.

For many, the crux of the problem is a veteran benefits system that hasn’t quite caught up to the rise of women in the military, causing challenges that can contribute to a bumpy transition. “A lot of the time, the services available don’t fit their needs,” says Kathryn Monet, Chief Executive Officer of the National Coalition for Homeless Veterans. “The VA, particularly as a health care system, was predominantly designed to serve single males, so it’s had to do a lot of shifting in the past decade as the population of women veterans has grown.”

2. They’re not asking for help.

In general, women vets are less likely to use VA benefits, period. Post-deployment, the lack of affordable housing, and a shortage of well-paying jobs add pressure for vets to provide for their families, according to Monet. But women vets—who are used to being independent or are relied on to be caregivers—have a hard time asking for help even if they need it, especially single moms worried about being separated from their children. We know that women vets are more likely than male veterans to be “couch surfers,” living transiently with friends or family, or stay in abusive relationships to avoid having nowhere else to go.

3. They may be dealing with the aftereffects of military sexual trauma.

About one in four women vets report that they’ve experienced military sexual trauma (MST)—for example, being pressured or forced into sexual activities—compared to one in 100 veteran men. And research has shown that women vets who experience MST are five to eight times more likely to develop PTSD, not to mention other mental health issues like depression, anxiety, and substance misuse. “These issues can compound later in life,” says Monet, “complicating everything else and make it harder for women to retain stable housing.” 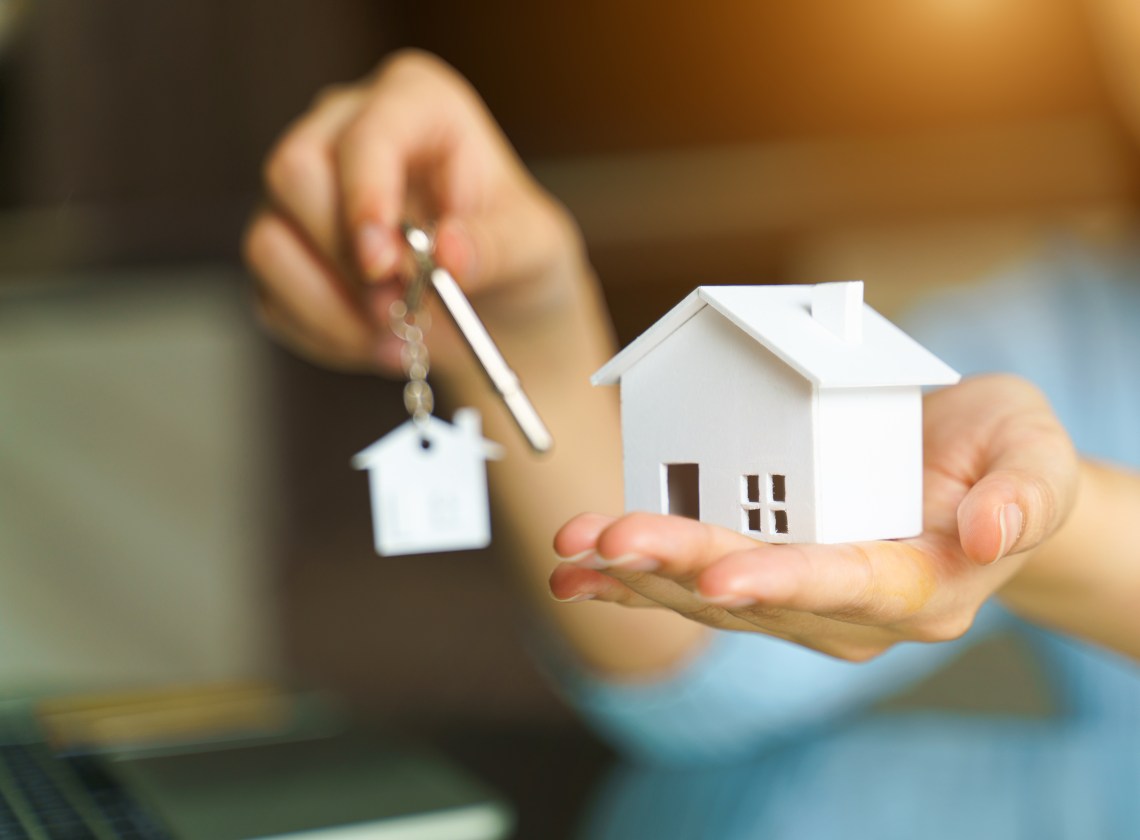 So, is there any hope?

While there’s certainly no easy fix for such a complicated, systematic problem, the Built For Zero movement is working to effectively ensure that female vets grappling with challenges don’t end up chronically homeless because of it. Thanks to fresh approaches, the initiative (started by nonprofit Community Solutions) has succeeded in bringing the number of homeless veterans down to “functional zero” in 12 communities—from Arlington, VA, to Bergen County, NJ—since 2015. While this doesn’t mean the problem of homelessness is completely solved in these areas, if someone does slip into homelessness, it’s likely to be brief and nonrecurring.

It’s exactly why Rocket Mortgage®—the lender known for rethinking how homeownership happens and getting more Americans settled into their homes than any other mortgage company—has been a Built For Zero partner since 2018. “The importance of housing is something that’s very near and dear to our hearts, and we understand the value of a secure and stable home,” says Laura Grannemann, VP, Strategic Investments, Rocket Community Fund. “It’s core to who we are and what we believe.”

The reason Built for Zero’s movement to end homelessness is working when others haven’t? It’s data-driven.

“When we talk about data in the Built For Zero system, we’re talking about people,” says Grannemann. “With accurate data, a community knows by name every local individual experiencing homelessness, and they review those names and their unique circumstances every time they meet. It’s a painstaking process, but that’s why it works.”

By understanding exactly the kinds of unique hurdles a homeless vet is facing, Built For Zero is able to build interventions focused on their very personal situation—rather than a static, faceless number. Makes sense, right? “They might have a physical or mental health need that’s preventing them from being able to stay in any kind of secure housing, so simply finding an apartment isn’t the answer,” says Grannemann, “it’s finding an apartment with supportive services attached. You’re much more likely to succeed in getting them into the right housing solution.”

Working alongside Built For Zero, Rocket Mortgage® has helped more than 20,000 veterans across the country find new housing safely, securely, and sustainably over the last three years. As Grannemann puts it, “The realization that an entire system can be improved with a goal that doesn’t just serve a community experiencing homelessness but actually ends it—that is a big deal.” Our women in uniform would agree.