For Chloé Longuet, her very first experience with HS happened around the summer of 2007.

“I remember having what was a pimple, smack in the middle of my chest, small and located right at my bra band. It hurt. The water stung, touching it hurt, blowing on it hurt,” she explained. “At the end of the week I was embarrassed but asked my mom if this was a normal. Thankfully my mother chose to take me to the doctor to just check it out. She claimed that ‘pain’ wasn’t parallel to the unfortunate experience of crazy hormones. This was also when symptoms started to surface, too.”

After multiple visits to various doctors and dermatologists, Chloé finally got a diagnosis. It took her 9 years.

“My doctor didn’t believe my symptoms and it was a female NP [nurse practitioner] that finally realized I’d been at the office about 5 times complaining of consistent symptoms and took further action by referring me to a dermatologist. Three dermatologists later, I was finally sent to this quirky dermatologist that took one look and that was it. Hidradenitis Supperativa was his diagnosis of this beast that had driven me crazy for years,” she said. 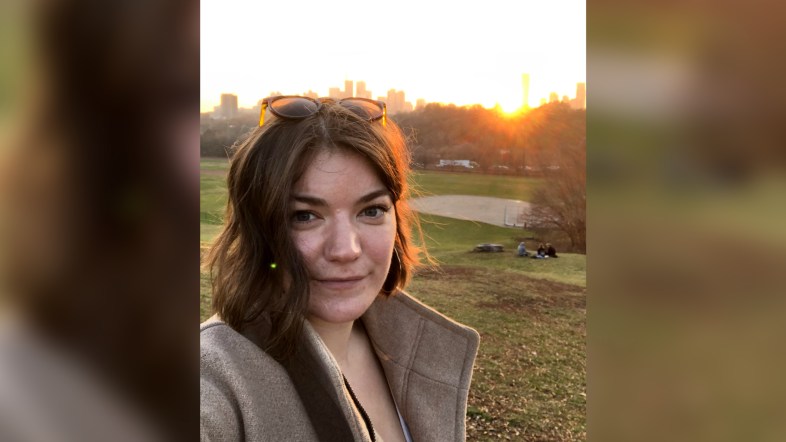 Today, Chloé is a massage therapist living in Toronto. She uses her social media platforms to share what live is like with HS, and hopes to dispel myths surrounding the quiet suffering of those who are yet to be diagnosed.

“The most misunderstood thing about HS is that it is not in your head,” she said. “This pain is real and there are more people, quite a number in North America, that also have this condition.”

Chloé wishes that everyone could understand the validity of the condition. “It’s manifestation and presence is not conventional in a physical manner or visually orchestrated to appeal to society’s standards of beauty and health,” she shares.

HS is a very quiet and painful disease that is poorly understood by many. The idea that there is so much judgement on my ability to understand what triggers my flareups and the product of this skin condition is mind blowing; especially when I’ve had people feel offended by my scars.

After enduring enough discrimination, Chloé began sharing her story online, and started building a community around vulnerability and authenticity.

“I initially started posting my HS on social media because of the amount of discrimination I’ve encountered in having it,” she said. “The way I felt after being called out for walking around with scars on my chest or under arms… to finally realizing my frustration needed to be channeled into productivity. These individuals needed to understand what war my body was internally facing. And so the decision to educate finally finding beauty and solace in my body fighting for its wellbeing and survival,” she said.

Her biggest advice for those who are also struggling with HS? “Take a moment to breathe and find your triggers for flareups,” she says. “We are so hard on ourselves when it comes to how this looks to others. We are so quick to think this is the end of a great life and the start of a miserable one. Breathe. Once triggers for flareups are pinpointed, take action and your quality of life will restore itself as your body sees fit.”

If Chloé could advise her younger self on anything, she says she’d tell her that other people’s opinions of you should be based on your character, and not your body’s “battle wounds.”

“Anyone who thinks otherwise just needs some time to adjust,” she says. “Breathe. Your scars will helps others on their journey in living with theirs.”