“Are you gonna tell him, or should I?”

Those were the words Dimitri Joseph Moïse heard outside a room in his doctor’s office, where he sat waiting to hear whether or not his HIV test was positive. I saw my life flash before my eyes,” he said. “I heard the voices of my past, those who tormented me for being gay. The voices that told me I’d be better off dead than gay, that the devil lived inside me, that I would die from AIDS.”

Despite having lived openly as a queer person for years, having knowledge about HIV and even having friends living openly as poz, he says that at that moment, he felt a wall of shame and guilt overcome him.

Dimitri was working as an actor on a touring production throughout the U.S. when he started to feel unwell. A few months into his contract, he was experiencing flu-like symptoms, headaches, and body aches. He attributed the fatigue to his work schedule — he was performing 8 times a week, after all. However, he then developed a rash that spread over the majority of his body. A doctor told him it was eczema, and sent him home with a topical cream. But it was a sinus infection he couldn’t shake that made him ask to be tested again. 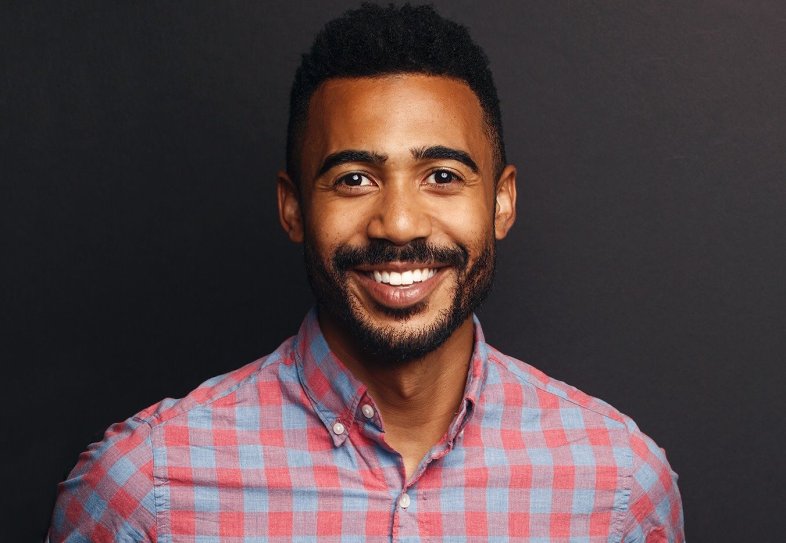 He said that though he typically got tested every three months or so (and recommends that all individuals who are sexually active do as well) his HIV test came back negative. This is because seroconversion had not begun, which is the process in which the HIV antibodies are developed and first become detectable in the body. Once it had, he tested positive.

Dimitri says he is grateful that he has access to affordable medication, however, he is also cognizant of the fact that there simply aren’t enough resources for everyone diagnosed with HIV, and that, combined with the stigma and shame surrounding it, leaves “lives hanging in the balance,” as he put it. This realization was his impetus to step up and speak out.

He identifies the following as the main barriers for HIV diagnosis and treatment:

Once an individual is diagnosed, actually receiving proper care is another issue as well. Dimitri explains that doctors generally need better training to address unconscious biases, and to meet the unique needs of the community.

“I never felt fully understood by a clinician of any sort until I started seeing my current doctor, who monitors my HIV,” he said. “The discrimination and stigma alone can be enough to keep LGBTQ+ and HIV+ people away from the doctor’s office.” Dimitri added that he owes his life to GMHC, in Manhattan, for helping when he needed it most. However, he knows the same cannot be said for those living in other areas of the country, where resources for the LGBTQ+ community are typically limited, if available at all. 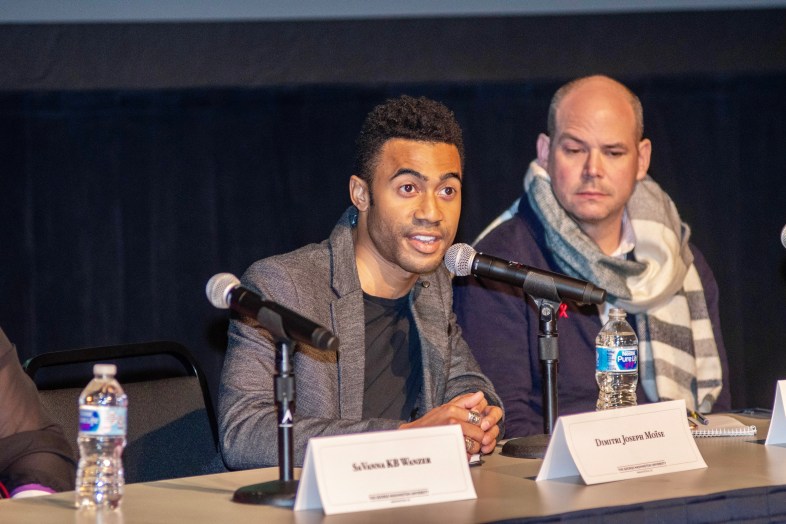 “The simple fact that we are the only very highly developed nation in the world that doesn’t provide its constituents with universal healthcare is mind-blowing to me,” he said. “We aren’t doing enough as a society to ensure that marginalized people who need access to affordable healthcare have that level of equitable access compared to their privileged counterparts.”

The fight for better treatment isn’t just an LGBTQ+ matter, though. In fact, Dimitri says that one of the most misunderstood aspects of HIV is that it does not only impact one group of people. It doesn’t discriminate, he says. “Anyone can acquire HIV: a person battling an opioid addiction, a mother unknowingly passing on HIV to her child, a man unknowingly passing on HIV to a woman, a trans person of color being sexually assaulted.”

In addition, he says that people should know a positive diagnosis is no longer a death sentence. People today can live long, healthy, vibrant lives, which is precisely what he plans to do. Today, Dimitri’s story has been seen in PLUS magazine, he’s spoken to the freshman medical class at the George Washington University School of Medicine, has been featured in a campaign for the CDC (Center for Disease Control and Prevention) and his magazine, Chill, won the 2018 Folio Award for Best New Magazine and Editorial Team of the Year, alongside OUT, The Advocate, and PLUS.

Dimitri looks forward to continuing to share his story, and embark on new projects, as he has just begun his own production company. He has begun a documentary series that focuses on different subsets of American life. All in all, Dimitri knows he is here for a reason. “Coming out as gay was so traumatizing for me, and I’ve always told myself that if I could help make life a little better for the ones coming after me, then I’d be serving my purpose here on Earth,” he says. “I just hope I can help push the needle forward in my work as an advocate for people living with HIV.”

A Bad Date With Benzodiazepines