Megan Gilbride, known best to her thousands of followers as “Wonderful U,” has spent the better part of the past decade building her name as a style blogger and influencer. But behind the beautiful photos and brand deals, she grappled with a private struggle — a mysterious health condition — later diagnosed as Endometriosis.

Meg knew for a while that something was not right with her body, though she did not know what. Last year, she opened up on her blog about what it had been like to live with an undiagnosed health condition, and what she had to go through to finally get some answers.

“For the last 10 years I’ve struggled with issues with my bowel and lady bits. Pain during sex, pain after sex, persistent diarrhea and frequent constipation, mucus, unbearable period pains, fainting, losing control of my bowels, back pain, low blood sugar, acid reflux, this list is not exhausted – but I am,” she wrote with stunning honesty. “People have commented on my weight forever. I quite literally can’t keep anything I eat in my digestive system for longer than an hour. Not so glamorous or enviable when you put it like that, is it?” 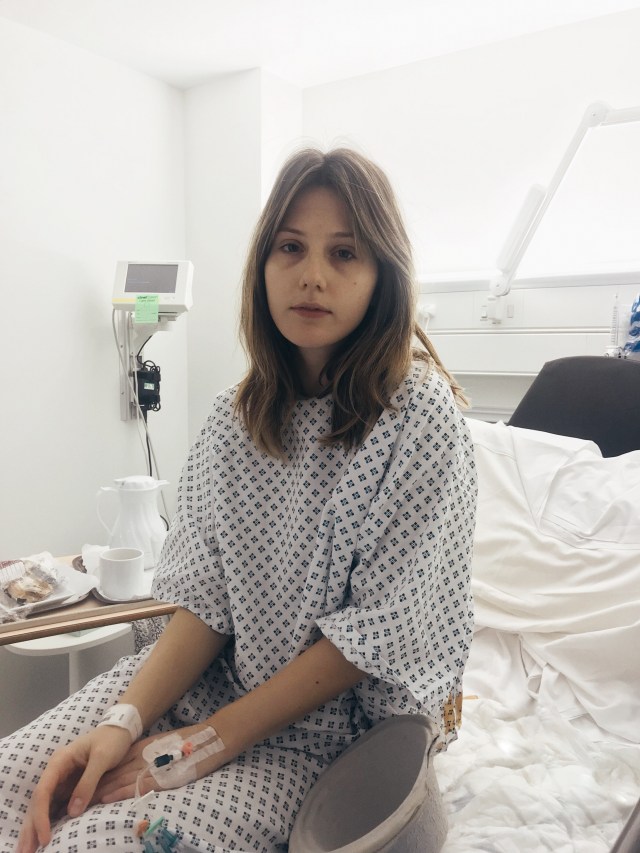 At only 28-years-old, Meg says she had the continence of a 90-year-old. “All I can think is: this shouldn’t be happening to me,” she recalled.

She went on to say that she felt it was important to share what was happening to her because the Internet tends to paint a picture of life that’s not quite reflective of reality. “While I’ll share my outfit on Instagram, I still talk about my mental health and how important your smear test is,” she said. “I think it’s still pretty easy to forget that even though I may look alright, appearing seemingly healthy, I’m really not.” 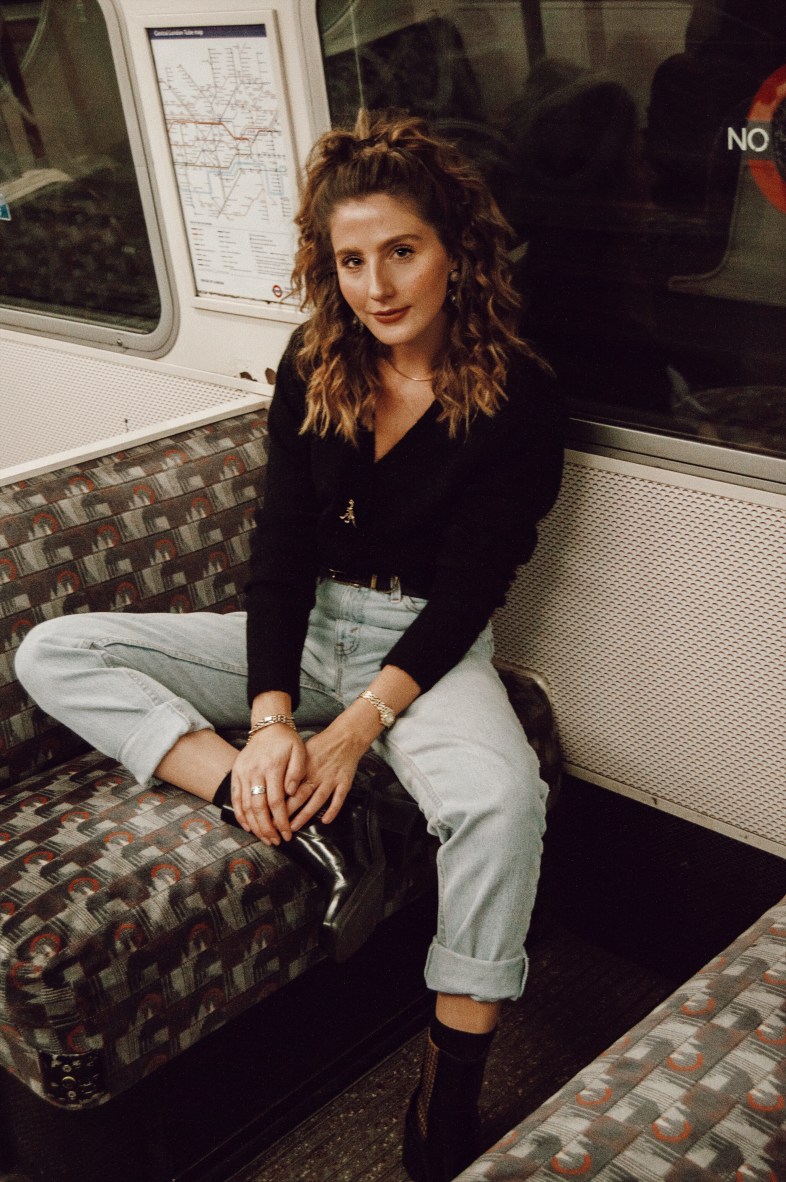 It wasn’t until November of last year that Meg finally got the answers she was looking for. A laparoscopy — which is an exploratory operation — confirmed that she had Endometriosis, a disorder in which the tissue that normally lines the uterus grows outside of it. It’s estimated that 200 million women around the world suffer from it, and it’s more common for women in their 30s and 40s, though it can affect anyone.

Meg says that her diagnosis was a revelation — more than anything, she was just happy to have answers. “When I woke up from surgery I cried with utter relief. I had spent so long feeling like I was going mental; that it just felt so wonderful to know it wasn’t all in my head,” she said. “As times gone by since the operation I definitely feel more unsure and scared – I think the realisation that it’s not going anywhere and will always hinder my health in someway has started to sink in.”

Given that there is no cure for Endo other than periodic surgeries — of which Meg has already underwent — she understands that it’s something she’ll have to work on managing for the rest of her life. “To not feel in control of your body is incredibly debilitating and anxiety inducing – and it’s most definitely caused a pretty drastic lifestyle change. I won’t leave the house now without knowing I have my ‘pouch for emergencies’ in my handbag. It contains things like pain relief, anti-sickness tablets and herbal remedies to aid with any flare-ups,” she said. “I do have to be more considered about what I do and how I live my life now, which can be really difficult and upsetting. Seemingly simple things like going out for dinner with friends is something I have to really think about now.”

However, she says she’s fortunate to have an amazing support system in her life, particularly in the form of her partner. “I’m very fortunate to have an incredibly understanding partner who has been with me for nearly half of the ten-year journey. There’s zero judgement which has been imperative to me feeling like I can actually exist in another person’s presence. He’s picked me up off the floor in worse states than I’d care to share. He really is a saint,” she said.

But her support system extends beyond her closest family and friends, too, something that Meg considers an amazing gift in her life. “I’ve felt an incredible amount of support online from other women who too suffer with Endo and it’s been quite overwhelming. I’ve always been very honest with my content and I most definitely don’t separate my job from my health. They come as one, and I will always stand by being honest with my feelings and health over portraying a lifestyle that suggests something else.” 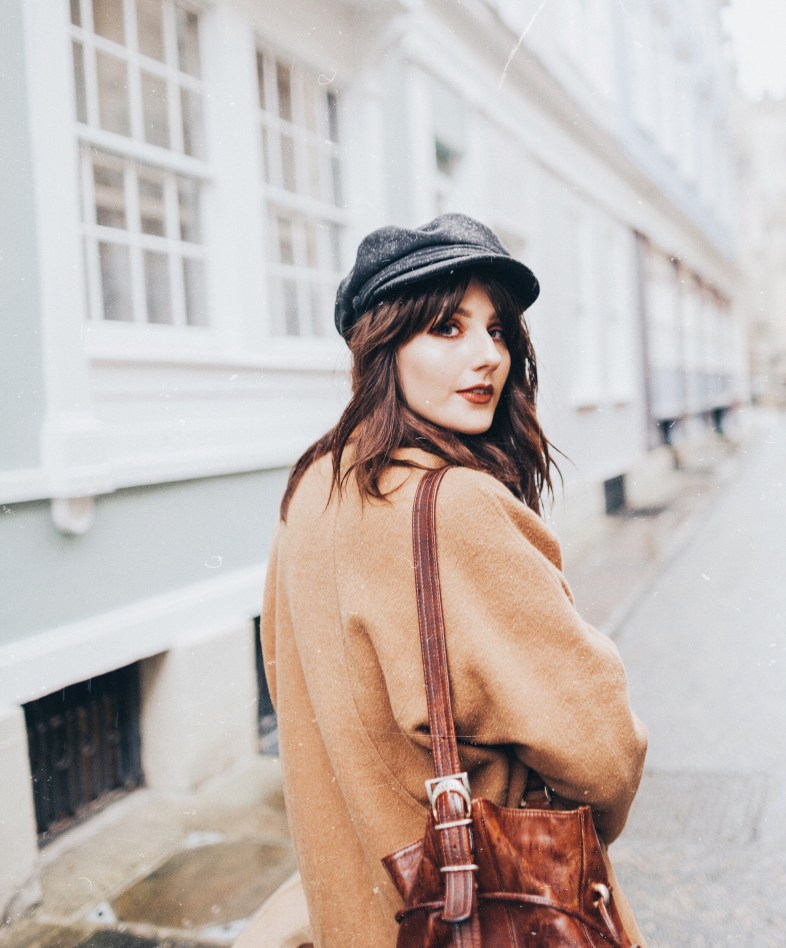 Despite how powerful the Internet can be in connecting us, Meg also noted that, for a while, she opted to keep her health issues more private, given that she was getting a bit of backlash from people while talking about scheduling her surgeries.

She explained that despite surgery being an effective — albeit potentially temporary — solution, getting to the operating table is not always as simple as it seems. “I was on the waiting list for my operation and at my pre-op assessment was asked to advise when I would be out of the country. You’re not allowed to fly for four weeks after the op, so it was super important they didn’t book the operation around any time of travel. I was subsequently booked in for five operations, all of which were at time where I was either out of the country, or just back etc,” she explained.

She went onto say that it was a series of clerical errors that resulted in the operation not happening for a full nine months after she originally set out to schedule it. “I was clearly very distressed by it and speaking about it online lead to a fair amount of backlash for bashing the NHS (which I was explicitly clear I was incredibly grateful for),” she said. “I try not to focus too much on the negative responses, which are inevitable when you put yourself on the internet. But when it’s something so very personal, that’s near on impossible. I knew then I needed to take a step back and just put my energy into getting answers, instead of sharing anymore online at that point.”

It might go without saying, but given that Meg is self-employed, Endo made work even more challenging. “Working for myself means when I’m sick I don’t get paid,” she said. “ 2018 financially was rough; but I think it’s actually played a huge part in me managing my work-life-balance a whole lot better. When works busy now, I’ll go for it (where I can) and when it’s quiet I embrace the time to relax and take care of myself.”

Aside from work, she’s also struggled with maintaining some relationships, citing that she actually lost a few close friends from being sick. She called the experience “eye-opening,” and helped her realize that you cannot be “everything to everybody,” and find some acceptance in that. “If people can’t accept me for my limitations, it’s not a relationship that will bring value or happiness to either of us.” 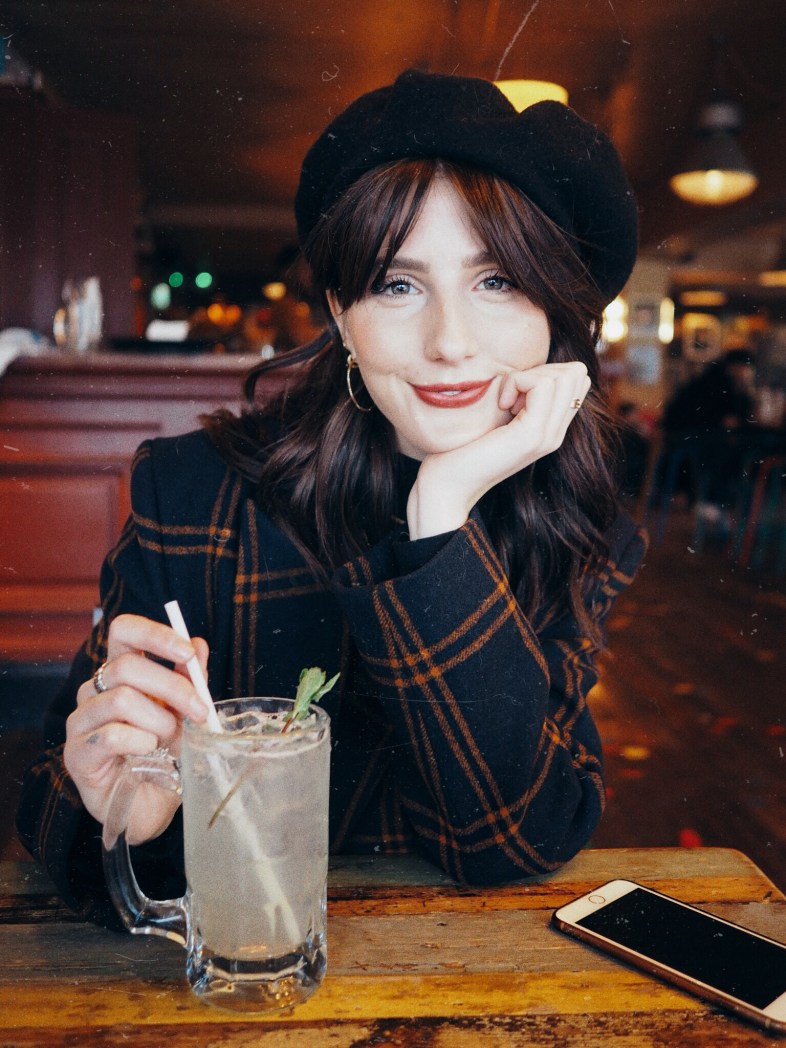 For now, the symptoms aren’t quite at bay, but Meg is still looking into more treatments, currently in the form of diet changes and allergy testing.

For anyone dealing with the same issues, she advises not to ever stop fighting for an answer. “You absolutely know your body better than anyone else and if you feel something is wrong, it probably is,” she says. “It’s something we are so in the dark about and it feels quite difficult to gain access to strong information on how to go forward.”

In the future, Meg is looking forward to doing more activism, and in the meantime, suggests a way to stay connected with others that understand what you’re going through. “When I have the energy, I’m definitely going to focus on raising more awareness and doing as much research as I can to aid a better way of life for others and hopefully myself, too,” she said. “For those recently diagnosed, I’ve just joined a Facebook group dedicated to Endometriosis and have found that a more personal way to connect with others and find out information. It’s a minefield, but we’ll get there eventually.”