Thursday May 6, 2021: House plants want to cooperate with us. It's in their best interests to! As long as we've done our bit with essential care, the plant will do what it needs to do. A two-way understanding exists. But where a process in your world is concerned, you could believe there's more you should be doing to tend to it or push it along. If you've done all you can do for now, then treat it like a plant. Leave it alone. 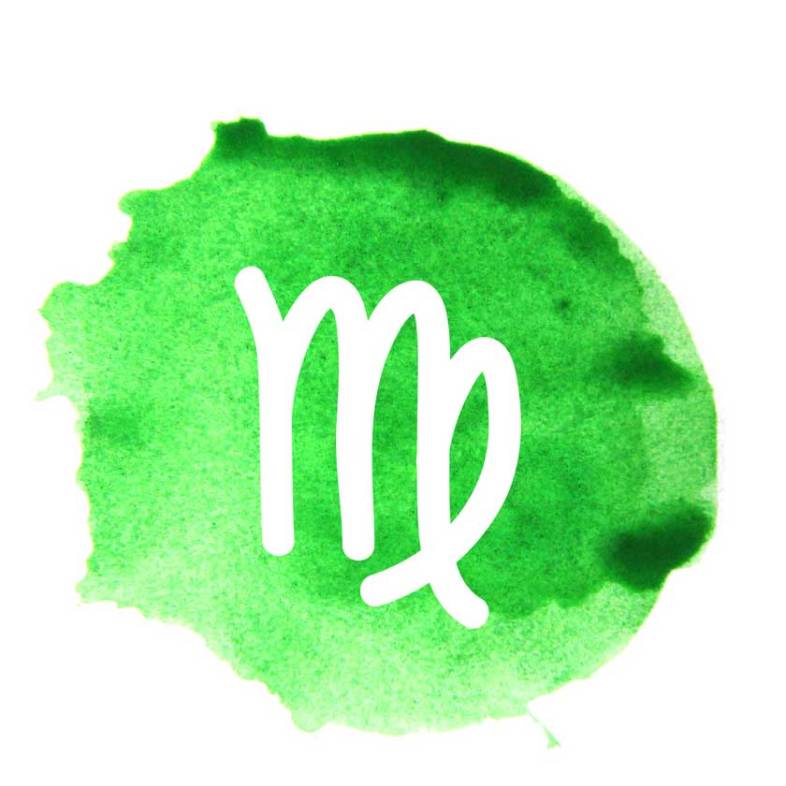 Virgos are one of the wisest zodiac signs. They are well-organized and pay close attention to even the smallest details in their environment. However, they suffer from imposter syndrome, so they will rarely brag about their own accomplishments. Virgo people are modest in public, and in private, they will beat themselves up over little things that they have done wrong because they have such high expectations for themselves.

As their virgin symbol suggests, Virgos rarely engage in casual relationships. They are interested in developing a strong, emotional connection to a loyal partner. They would much rather experience true intimacy with someone they share a strong bond with than be admired by dozens of strangers who are only appealing on a surface level. However, it’s a part of the Virgo personality to be comfortable on their own and self-sufficient enough to survive without a romantic relationship. Being single doesn’t bother them at all.

Virgo Under the Ruling of Planet Mercury

Virgos are efficient, reliable, and patient hard workers. Once they commit themselves to a project, they aren’t going to give up halfway. They take their responsibilities, both inside and outside of their career, seriously. They aren’t a stranger to sleepless nights, due to their perfectionist nature. With such strong determination, passion, and critical thinking skills, they make ideal employees.

Virgos are also excellent communicators. They know how to approach touchy subjects in a graceful manner and try to stay positive and encouraging in a team environment. Although they can always see the potential in others, they can also be overcritical. They are picky, stubborn, and set in their ways. They would rather go through the trouble of doing something themselves than asking someone else for help. One of their biggest weaknesses is always thinking they are right and refusing to admit they could be wrong.

Virgos are loyal and dependable people. This sign will keep their guards high and have a hard time opening up at first, but once someone breaks through their walls, they are going to be a ride-or-die friend. They will be the first to volunteer when you need help and the last to leave when you throw a party. However, like their relationships, their friendships need to be based on more than superficial interests. They need to be able to have meaningful conversations about the nature of humanity and the state of the world.

Virgos can be social butterflies, but they aren’t afraid to hang back and people watch. They are skilled observers. They analyze every person and everything they come across. Because of their ability to see what others cannot, they tend to overthink their relationships, as well as their own emotions. This can cause them to come across as uptight and high-strung. Virgos hate being told to relax, but it ‘s something that they hear from family and friends often.

Strengths of a Virgo

Weaknesses of a Virgo

This sign isn’t comfortable letting strangers see their vulnerable side. They could be bubbling with anger on the inside but will smile and nod politely without allowing any of their emotions to reach the surface. When they are with someone they trust, they are much more transparent and in touch with their emotions, but they keep it together in public. They try their hardest to look like they have their lives together. They want to be someone their peers admire, not someone who is pitied.

Virgos have a hard time sitting back, relaxing, and allowing others to take over. They would rather spend their time working on a productive task so they can feel like they have accomplished something over the course of their day. Besides, when they are not busy, it gives them too much time to think. Since they are prone to overanalyzing, this can lead down a self-destructive path. Virgos have a tendency to fill their plates, sometimes to an overwhelming degree, because they would rather have a long to-do list than an empty one.

In astrology, your moon sign represents your inner self and your emotions. So if your moon is in Virgo:

Virgos prefer a repetitive, stable routine. Although they think fast on their feet and can adapt to new situations easily, that doesn’t mean they are entirely comfortable in those new situations. They can get overwhelmed easily when they are thrown into an unfamiliar environment because it creates the illusion that they have lost control – and Virgos always want to be in control. They want to feel like they are the ones in charge. They don’t want to look to anyone else for help.

Virgos aren’t afraid to work hard for the things they want most in life. However, they are pretty realistic about what their future could hold. They don’t allow themselves to get carried away by daydreams that could end up disappointing them. They prefer to stay practical and think through the pros and cons of every opportunity that is presented to them. They don’t want to get excited about something or invest in something until they know for a fact it is worth their time and energy.

This sun sign is known to be hypercritical. However, they treat themselves with the same level of scrutiny that they give everyone else. Although they are one of the hardest-working signs of the zodiac, they never feel like they are doing enough. They will overanalyze their work, their conversations, and their physical appearances until they find a flaw. At any given time, they are either regretting what they’ve done in the past or planning out how to better their future. That is why it’s so hard for them to relax and enjoy the moment.

Virgos are perfectionists. They are obsessed with the idea of winning and want to be the best at everything. Even when they take up hobbies that are meant to be for their own personal enjoyment, they turn it into a challenge. They will not have a good time if they feel like they have failed. They will end up stressing themselves out by striving to come out on top, even when no one else is keeping score.

In astrology, Venus is known to be the ruler of love and sex, and so the Venus sign represents love, affection, friendships, and relationships. So what does that say if your Venus is in Virgo?

Virgos always want things done a certain way – their way. It can be difficult for them to take a relationship to the next level and share a physical space with another person. They are prone to nagging because they want their partner to abide by their rules, even when it comes to something as simple as how to fold the towels. Virgos aren’t known to come to compromises because they always believe they are right. However, their nitpicking is coming from a good place. They think they are doing the best thing for you. They think their ideas are superior.

Overall, Virgos aren’t the most sentimental sign. If your loved one is a Virgo, know that they aren’t big on public displays of affection or grand, romantic gestures. However, once they commit to you, they are going to stay devoted. Remember, they don’t jump into situations without thinking through every single aspect ahead of time. That means if they agreed to be in a serious relationship with you, they genuinely think you are the right person for them. That is the highest compliment they can give you.

In astrology, you can have multiple signs and multiple planets in your chart. For example, it’s very likely you or someone you know has their “Jupiter” in “Virgo”. What does that mean?

Jupiter is the planet of abundance, good fortune, and growth. It wants us to zoom out and appreciate everything for what it is, but that can be hard for some signs, like the Virgo zodiac. This sign would prefer to look closely at things and analyze every detail of it.

If your Jupiter is in Virgo, you might take on these traits:

Virgos can only create lasting friendships with people who have strong skin, people who appreciate being called out when they are wrong. After all, when a Virgo sees someone they care about heading down a dangerous path, their protective instincts kick in. They try to help by being brutally honest, but some people might take their concerns the wrong way. However, the Virgo friend who welcomes honesty and constructive criticism is bound to experience personal growth when there is a Virgo in their life.

If you are persistent, you have true Virgo energy. This star sign has high standards and will push themselves to never give up. When a problem arises, they don’t quit. They accept the challenge. They actually enjoy problem-solving, so they aren’t bothered when something goes wrong. They use every setback as a learning opportunity. Although they can be hard on themselves when they don’t get the results they wanted, they also understand that they haven’t really failed until the moment they stop trying – and they will never stop trying.

Virgo men are ready to settle down – but not with the first person who happens to show interest. He needs to find someone who connects with him on a spiritual level. He has deep, sensual needs, which means that he is not going to be satisfied with someone who can only hold conversations about light, superficial topics. He needs someone who will delve into in-depth conversations with him, who will bring new ideas to the table, and who will challenge him intellectually.

Virgo women might seem like they get upset over small things, but this is because they notice the little details. She is always going to catch you in a lie. She is always going to pick up on the fact that you’re behaving differently. She knows those subtle differences matter, so she is not going to ignore them and pretend everything is fine. She is going to want answers. Communication matters to her.

Overall, Virgo women are more interested in what you can provide emotionally than physically. She is not a fan of fancy, expensive gifts. She prefers practical gifts that she can put to good use in the office or in her home. However, you cannot expect to win her over with money. You need to develop a deep, emotional connection with her before she will consider making you a permanent part of her life.

Gemini and Virgo: Compatibility in Sex, Love, and Friendship

Pisces and Virgo: Compatibility in Sex, Love, and Friendship