The World Health Organization defines reproductive rights as “rest[ing] on the recognition of the basic right of all couples and individuals to decide freely and responsibly the number, spacing, and timing of their children and to have the information and means to do so, and the right to attain the highest standard of sexual and reproductive health. They also include the right of all to make decisions concerning reproduction free of discrimination, coercion, and violence.

The right to make decisions regarding reproduction free of discrimination, coercion and violence. No one in their right mind, surely, would ever argue that women should be coerced into parenthood simply by virtue of the fact that they are women, nor would anyone argue that women who refuse to accept parenthood should be arrested and jailed or otherwise treated with any kind of violence, state-sanctioned or otherwise. But that is exactly what happens to men.

I am a staunch defender of women’s right to bodily autonomy, including the right to discontinue any pregnancy that is happening in her body. I don’t particularly require the sophistry of fetus or clump of cells or potential human being to support abortion rights. I have no problem accepting that abortion is killing a human baby. I don’t think that’s a relevant fact, and it is certainly not one that trumps a woman’s right to bodily autonomy. That human baby cannot exist without her body, and her body belongs to her full stop. I do not believe any person, man or woman, should be able to force a woman to carry through with a pregnancy, so obviously, I do not accept any arguments that men should have a say over abortion as valid.

I’m a lot more interested in what happens when a woman decides that yes, the pregnancy will continue and a live child will be produced. At that point, what options does a woman have if she prefers not to parent that child? 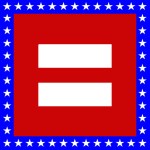 Let’s start with legal parental surrender, normally identified as Safe Haven laws. These laws allow women of infants of varying ages (it depends on the state) to leave an otherwise unharmed infant in a designated spot, at which point she is absolved of all social, legal, financial and moral responsibility. The laws were enacted to prevent women from simply abandoning infants they did not want. Four states are very explicit that only women may take advantage of haven laws (Georgia, Maryland, Minnesota and Tennessee) but the rest use the word “parent”, which is obviously gender neutral. But in practice, no father can surrender his infant without the mother’s explicit permission, so these laws are de facto only available to women.

Women are also under no legal requirement to identify the father of their child and if the father is not listed on the birth certificate, he has no legal rights at all. Certainly men can pursue legal rights by establishing paternity, but it is up to men to enforce their rights. Women can, and do, surrender infants for adoption without notifying or identifying the father of the child. These are very high risk adoptions for the adopting couple, because there is always a chance the father will appear and attempt to assert his rights, but the fact remains that women can, once again, relieve themselves of all social, legal, financial and moral responsibility for a child they do not want.

Men cannot do any of those things. They have no say in abortion, which is correct and right. But once a living, breathing child exists, only the mother can legally absolve herself of all responsibility for that child.

The most common argument against men having reproductive rights is the old “keep it in your pants” one, which we would never accept as an argument for why women should be forced into parenthood. Having sex is not consent to parenthood for women, so why should it be for men? The next level of argument is that “only women can get pregnant” but there is no direct relationship between pregnancy and parenthood, as all the step, foster and adoptive mothers can tell you. We could, theoretically, allow women abortions, so they can avoid pregnancy, but still require them to legally adopt a child from the foster care system, for example, for every abortion they have. This is rather like the situation men find themselves in. Would we ever in a million years suggest this is a rational or sane thing to do?

The fact is that birth control fails. It also gets sabotaged. Condoms break. Vasectomies don’t work. There is no 100% way to prevent pregnancy for either men or women, other than complete celibacy. When those failures happen, women have at least three different ways to reject the responsibility of parenthood and men have none. There is a word for forcing men to accept responsibility for a child they did not intend and do not want: coercion. The WHO says reproductive rights require that no person be coerced into parenthood, meaning that men do not have reproductive rights, as long as that coercion exists. So what is the solution? What would reproductive rights look like for men? Well, rather similar to what they look like for women. When an unplanned, unwanted pregnancy occurs, the woman, and only the woman will decide if her body will host that pregnancy to term. But even after the child is born, she may opt out of parenting that child by surrendering it for adoption. If men had the same rights, they too would be able to legally surrender their rights and allow the mother or any other individual to assume legal responsibility for the child.

If the pro-choice community really wanted to see a huge leap in support for abortion and reproductive services for women, they would throw their weight behind reproductive rights for men.

As usual, when everyone has equal rights, we all come out ahead.

Extreme Anti-Abortion Laws Are A War On Women’s Rights