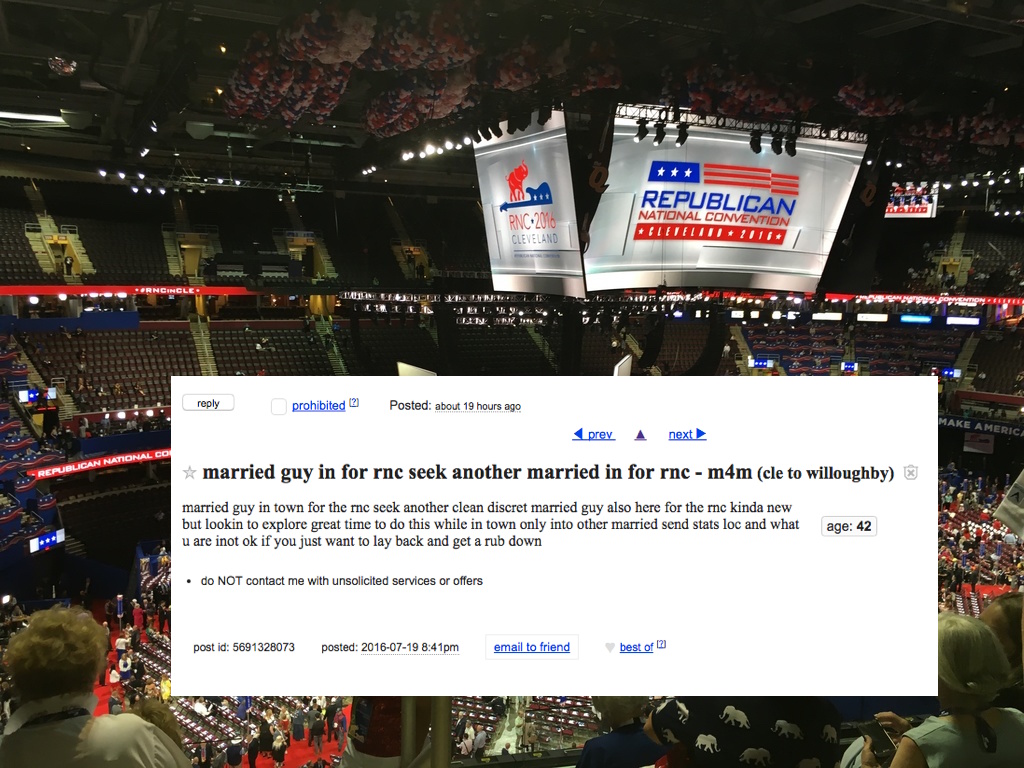 The Republican National Convention has recently come out with the most homophobic, anti-gay platform that we’ve seen in years. After the Republican Party made small progress on LGBTQ+ issues in the last few elections, they’ve taken a billion steps back.

The platform opposes marriage equality, condemns gender neutral bathrooms, and advocates for “pray the gay away” conversion therapy that has been debunked as 100000% ineffective.

But none of this stops male RNC Convention delegates from wanting to get their rocks off with other men at the Republican National Convention.

Cleveland’s Craigslist has had a huge influx of “men seeking men” classifieds since the RNC rolled into town on the 18th.

Even some of the ads, while not explicitly mentioning the RNC seem to be posted by very discreet people who are in town for “only a few days.”

People on Reddit have also noticed some spikes in activity on the gay hookup app Grindr:

The problem here, of course, isn’t that there are gay Republicans. But rather, that legions of (probably closeted) gays are willing to oppress their own identity in order to advance themselves politically / professionally, which isn’t cool.