Skip to content
Report This Article
What is the issue?
Across the internet, there are countless lists of “creepy stories” picked randomly from various web destinations. This is not one of those articles. This is an article filled to the brim with truly terrifying stories, carefully selected for realism, intensity, and the ability to scare the shit out of you.
I’d tell you not to read these in the dark, but you probably will anyway. 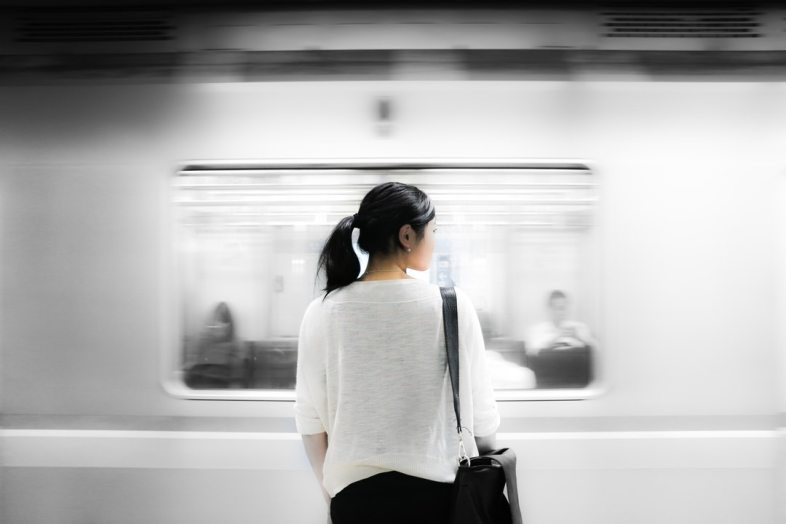 1. Rando tries to break in with sob story

When I was younger my dad was out was out of town and my mom let me have a few friends over. We lived right by a pretty busy highway and over there years had quite a few people knock on our door for help (car broke down, lost, accident, etc.). While my mom was home with us a man knocked saying he wanted to borrow the phone.

My mother told him he could sit on the porch and use her cellphone. The man kept asking to come inside and asking if my dad was home. He eventually started trying to force his way inside. My mom slammed and locked the door, called 911, and put my friends and I into a closet. It took the police department 20+ minutes to reach us. By that time my mom had called our neighbor and he came over his shotgun and made the guy lay on the ground until the police arrived.

2. Do YOU know David Crist?

I love to ride my bike along country roads. Not far from where I live is a tiny town called Three Oaks, in Michigan. One Saturday, my wife was working and I had nothing to do, so I strapped my bike to my car and drove the hour to Three Oaks. I parked in the scenic downtown area, and then rode out of the town and into the surrounding countryside.

As I wound my way further into the remote countryside, houses and businesses and cars grew increasingly scare. Eventually, there were only an occasional house or two every 1/2 mile or mile and corn fields and small woods flanking the dirt and gravel roads that I peddled down.

It’s on one of those back roads that a minivan drove past me. Within moments of it passing, it turned around pulled up along side me. I looked over and the passenger, a woman in her mid to late twenty’, was looking at me with her window down. The driver, a man of seemingly the same age, leaned over the passenger and said to me in a slight southern drawl and with a big smile on his face, “Hey, do you know David Crist?” I thought for a brief second, but I don’t know any David Crist, so I said so. The driver said, “You don’t know of him at all?” I said that I didn’t and apologized, and then pedaled on. The van sat for a moment longer and then pulled a u-turn and drove off in the direction it was originally heading.

I thought nothing of the encounter. Maybe the driver was a friend of David Crist, and he thought we had met though David or something. I don’t know. At the time, I didn’t think I had any reason to worry.

Maybe ten minutes later, and on an entirely new road and heading an entirely different direction from the one I had first met the van, I saw the van again. We were heading toward each other, and I gave a smile and nod as I passed the driver. I remember thinking it was an odd coincidence that I should come across this van again. The driver stared as he passed and he had a big smile on his face.

At this point, I began wondering what they were doing. They might be lost, and looking for this David Crist guy, or maybe they’re just enjoying a scenic drive and thought I looked like a friend of a friend, or something. I didn’t know, but at that point I was starting to think about the situation a little more critically.

I continued taking a twisting, turning, meandering path. Taking this road, and then turning onto that, heading north, south, west, east.

Then, I came across the van again. Again, they’re heading in my direction and I pulled along side them. The driver rolled down his window and leaned out. He was a late twenties white man, with a few inches of a goatee and a baseball cap. He had a large smile plastered across his face again. I stopped my bike and looked at him, waiting for him to say something, and he just looked at me for a good thirty seconds. Now, thirty seconds doesn’t sound like a long time, but you go flag down a stranger and then just look at them for thirty seconds, and you’ll realize that, in that kind of situation, thirty seconds is a lifetime. Finally, he spoke and said, “Hey, do you know David Crist?” Same damn question. This time there was no smile on his face. He stared at me, and I was thinking to myself, “Is he joking? Does he really not remember he asked me this same question twenty minutes ago? Is he just being funny? Is he high as hell?” After a moment, I told him that I still didn’t know anyone by the name of David Crist and I pedaled off down the road.

It’s at that time that I realized exactly in how remote of an area I was. I peered down the road I was on and I didn’t see a house on its entire length. I was flanked by a corn field on one side and a forest on the other. I looked over my shoulder and saw the van slowly driving down the road away from me. It couldn’t be a coincidence that I came across this van three times now, not with me taking random roads heading different directions. It made no sense why anyone driving would take that same maze of roads. The only thing they could have been doing was just driving around, maybe a pleasure drive, but why would they stop me and ask that same question twice? It was quite strange, and I was beginning to become a little concerned.

I decided to begin to head back toward the town center. I pedaled hard, and the gravel road ahead of me continued with a bend to the right, and a dirt path, for it couldn’t really be called a road, to the left. As I neared the fork, who should come around the bend but the damned van. I gripped my pocket knife, which I always take with me on rides like this — just in case — and then realized, all they would have to do is run me down with the van, and I would be in serious trouble. As the van drew closer, I was ready to jump off and run into the cornfields.

The van slowed down as it approached me and the driver rolled his window down and leaned out again, but this time I didn’t stop riding. I increased my speed, even though I knew I could never outrun the van if they gave chase. I looked over my shoulder and saw the van sitting in the middle of the road. I took the right fork and continued on the gravel road until I could no longer see the van behind the corn rows and then I stopped.

I got off my bike and crept along the cornfield until I was at its edge and I peaked down the road I had just been on. The van was in the distance driving away from me. I ran back to my bike, and then as soon as the van was entirely out of sight, I turned around and took the left fork along the dirt path. I rode as fast I could, knowing that if the people in the van had nefarious things in mind, and if they caught me on this dirt path, flanked by cornfields and far from an area that anyone would come across us, that would be the time they attacked.

My ruse worked, or perhaps the van was never after me at all, and I made it the rest of the way to the town center without seeing them again. When I got home later that day, I was still replaying the events in my head and the name David Crist kept creeping through my mind. Was David Crist someone famous, I wondered, like a musician. Should I have known David Crist? I decided to Google the name. I tried a couple of different spellings for Krist, but it the Crist spelling that revealed a terrifying result.

I came across a newspaper article from Knoxville, TN. The article explained how a man named David Crist had turned himself in after stabbing another man at a gas station in 2013. The article included a photo of this criminal David Crist, and I believe it was the same man that was driving the van. Add a baseball cap and a few inches of a goatee and the man in the van was a dead ringer for David Crist in the article. I did an inmate search of the Knox country prison and there was no David Crist in the inmate population.

Somehow David Crist had gotten out of prison, or maybe he was never convicted, as I couldn’t find any articles about sentencing, in less than two years after stabbing a guy and for some reason he had made his way to Michigan. Why was he driving along these back roads? Who was the woman in the passenger seat, and why the hell did he keep asking if I knew of him?

Do I know David Crist? Yes, I do now.