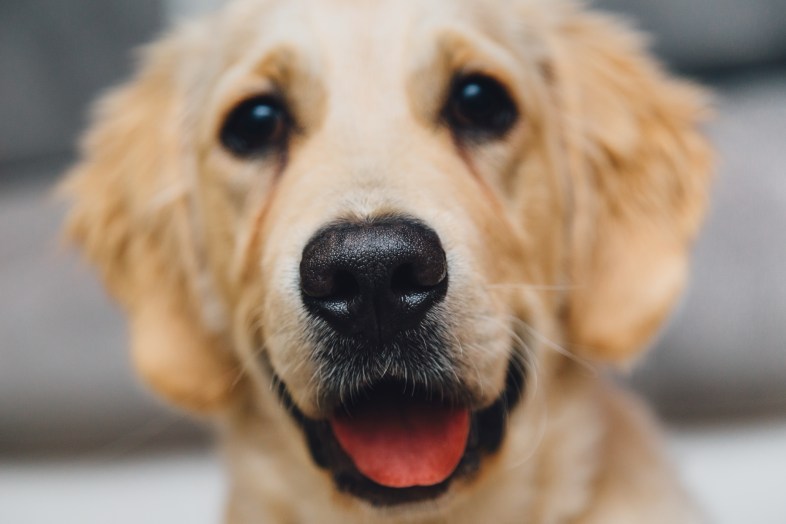 Intelligent, distinguished and loyal, the Doberman is an INTJ personality through and through. These canines are known for their loyalty and alertness – much like the INTJ, they defend what they love with a sharp intellect and distinguished temperament.

Off-beat, energetic and scheming, the Jack Russell Terrier is definitely the ENTP of the canine world. These dogs truly seem to live in a world of their own – much like their human counterparts the ENTP, who are known for always needing to push limits.

Dominant and confident, yet also surprisingly loyal and protective, the Great Dane is an ENTJ through and through. These dogs naturally assume authority, but display intelligence and independence in all of their actions – much like the ENTJ personality.

Distinguished and advanced in their reasoning abilities, the INTP personality is best represented by the Afghan Hound. These dogs are known for being slightly aloof, but also highly independent and intelligent – much like the INTP.

Protective and diligent, yet also gentle and calm around its loved ones, the Saint Bernard is a definite ISTJ personality type. These dogs are known for their history of rescuing humans in danger – just like the ISTJ, they don’t hesitate to step up to the plate when they see that action needs to be taken.

Confident, obedient and watchful, the German Shepard most closely resembles the ESTJ personality type. These dogs are fiercely protective of their loved ones and constantly aware of their surroundings – much like their dominant human counterparts the ESTJs.

Independent and laid-back in nature, the ISTP is a definite bulldog. These breeds are well-loved by their owners for being low maintenance and content to entertain themselves – much like the ISTP personality.

Strong-willed, energetic and instinctual, ESTPs definitely align with the largely misunderstood Pit bull dog breed. These dogs are highly in tune with their environments and will go to any lengths to protect their loved ones – much like the proactive ESTP personality.

Gentle, trusting and ceaselessly loyal, the Labrador Retriever is an ISFJ through and through. These canines are known for their kind, protective nature and their even tempered personalities. Just like the ISFJ, these canines are ones you can trust to be there for you come hell or high water.

Confident, friendly and trustworthy, a Golden Retriever can always be relied upon – just like an ESFJ. These dogs are well-trained, well-loved, and fiercely protective over the ones they love. The ESFJ mirrors all the best traits of this widely adored canine.

Sensitive, affectionate and feisty, the Bichon Frise is an undeniable fit for the ISFP personality. These dogs are known for their cheerful and gentle nature, much like their feeling-dominant human counterparts. Plus they always have the cutest haircuts.

Active, alert and oh-so-hopelessly trendy, poodles are certainly the ESFPs of the canine world. These dogs don’t mind standing out in a crowd and their highly instinctual nature gives their personalities a definite flair – just like the ESFP’s.

Dalmatians truly are a breed of their own – and so are ENFPs. Just like their spotted canine counterparts, ENFPs need to do everything a little bit differently – and they don’t mind standing out in a crowd. These pets are spunky and all-around loveable – just like the MBTI’s inspirers.

Loyal, protective and highly intelligent, the Collie represents the canine version of the ENFJ personality type. These dogs are known for energetic yet affectionate nature – just like the ENFJ.

Playful and loving yet also highly intelligent and independent, you embody all the best qualities of the Old English Sheepdog.  The Sheepdog’s owners appreciate their pet for its strong will yet peaceful demeanor – which is exactly why your friends appreciate you as an INFP.

Sharp, intuitive and highly independent, you embody all the best qualities of the Siberian Husky. This dog is cool and composed, but also fiercely protective when it comes to the people it loves – just like the INFJ.