“Welcome to the land of unrequited love.”

If my heart came equipped with a welcome mat, this is likely what it would read.

I am the master of liking people who cannot or will not like me back. You name the unavailable person, I have pined haplessly after them. The long-distance lover. The emotionally unavailable bad boy. The committed guy. The straight girl. The ex who I wasn’t even that into when we were together, but who has suddenly become a sex God and soul mate in retrospect.

For a long time I thought that going for unavailable people was a fun challenge I liked to pose for myself – after all, some of the time I’d win them over. Maybe only for a night or a couple of weeks, but it was a high like no other. It freed me of the need to take things seriously. It gave me the easy out I wanted in my early twenties, when everything seemed so disposable.

But lately I’ve been slowing down the chase and an important – and somewhat unsettling – realization is surfacing:

After a long enough period of time spent chasing after people you can’t have, you start to define yourself as someone who cannot be loved.

It’s been a long time since I’ve let myself be open to anyone who could be good to me or love me properly – because I’d forgotten that that kind of love was possible. I’d forgotten it wasn’t always a matter of lust and longing and fleeting satisfaction followed by quickly letting go.

And that’s a scary thing to lose sight of.

Because the truth is, it’s all too easy to start looking at yourself only through the eyes of the people who do not love you.

It’s easy to count every flaw that might have driven someone away – to decide that you’re too brass or too broken or too stubborn to deserve someone else’s affection. It’s easy to convince yourself that you’re destined to only have flings and one-night stands and whirlwind romances – that other people were built for lasting relationships and love, but not you.

You’re just not that kind of girl (or guy).

Until you start wanting to be.

Until you wake up one morning and realize that it has been years since you’ve been in a real relationship – one that’s stable and supportive and firm.

Until you realize that you aren’t fresh out of college anymore and it’s not as much fun to be #FiercelyIndependent 24 hours a day, seven days a week, 52 weeks a year. That some companionship wouldn’t kill you.

And that’s the point where you have to face up to the hard work of re-committing to loving yourself.

That’s when you have to stop looking at yourself through the eyes of the people who wouldn’t or couldn’t love you, and reclaim control of your self-perception.

You aren’t the party girl or the travel romance or the ongoing one-night stand. You’re not the person who’s too broken to love.

You are whomever you decide you to become. And it really does get to be that simple.

There aren’t requirements for being this kind of person. There’s just an internal mantra of who you keep telling yourself you are. And if you don’t like that mantra, it’s entirely within your power to change it.

Because the truth is, nobody else gets to define who you are. No one else gets to tell you whether or not you are worthy of love.

You’re the one who makes that call.

You’re the only one who gets to stare yourself down – in all your glory, all your inadequacy and all your hesitation – and decide whether you’re ready to share that person with someone else in a real way. To lay it all out on the line. To stop only investing in people who will never get close enough to see your imperfections.

You’re the only one who can decide to finally step out of the shadow of the people who didn’t love you the way you wanted them to, and to step into the (sometimes harsh) light of self-acceptance. To decide that you don’t have to be just a little thinner, richer, meeker or less adventurous to let yourself be loved by someone.

You just have to be ready to take a chance on that kind of a relationship.

One that’s risky. One that’s uncomfortable at first. One that might ultimately leave you heart-broken all over again.

But also one that could heal you in unfathomable ways.

And that relationship starts with you.

It starts with you sitting down with yourself and getting serious about what you actually want – out of life, out of love and out of yourself.

One who calls the shots about who’re they’re becoming.

And one who’s committed to taking their heart back. 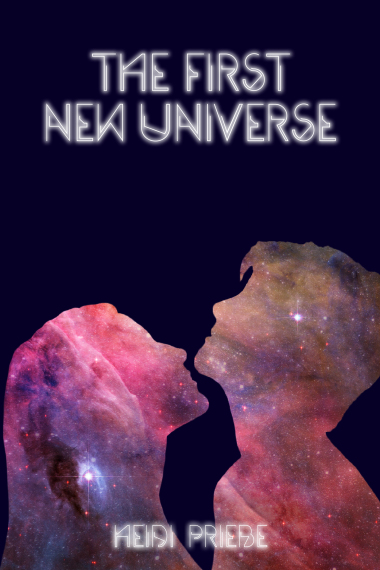 I’m Slowly Learning How To Be Unavailable

You (Will Probably) Fall For Someone Who Doesn’t Love You