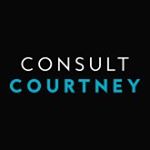 As if being single wasn’t hard enough between the constant miscommunications and unanswered messages on dating apps, there is one more thing I want to make you aware of out there—actual psychopaths. No, I’m not talking about the ones depicted in movies like American Psycho. Society has done a major disservice in that respect. I’m referring to the emotional vampires lurking in the dark and attacking their prey in the cruelest form of human behavior imaginable. I had zero idea I was dating a narcissist until I reached Phase 2. Here are some things to watch out for when you encounter someone with a severe Cluster B Personality Disorder.

1. Instant Boyfriend— Newsflash: relationships aren’t like romcoms. If you suddenly feel like Julia Roberts standing in front of a boy, immediately exit stage left. Learn the term “love bombing” because when it happens to you, the dopamine in your brain will cause you to think otherwise. This individual will pretend to give you everything you’ve ever wanted. Basically, you’ll believe you got your happy ending. Spoiler alert: it’s a nightmare!

2. The Ultimate High— During Phase 1, Idealization, they will make you think you’re the best thing that ever happened to them, better than their “crazy ex.” You will be “the only person who understands them.” Your good heart will eat all of those sob stories and pity plays right up. Then, they will wash it down by sharing they love you literally two weeks in. (FYI, I’ve had dairy in my fridge longer.) And this is not a declaration of love; it’s a way to gain control over you. ABSOLUTE FRAUD. TOTAL CON ARTIST.

3. Ghosting on Steroids—This is not your typical, we met or hooked up and I didn’t hear from you again type situation. This is legit a hit and run. It’s mindboggling and incredibly hurtful when your soul mate, love of your life abruptly decides they’re “too busy” for you. This is NOT NORMAL behavior. Meet your other boyfriend, Hyde. Jekyll is off pursuing his next target. Please be kind to yourself. You will be coming down from an actual high and experiencing withdrawal because a psychopath fucked with your brain chemistry. This is Phase 2, Devalue, and, also, where you should familiarize yourself with these manipulation tactics because it is possible that one or all will or have occurred: gaslighting, triangulation, word salad, toxic amnesia, projection and I could go on. Yep, I could teach a course on psychopaths now.

4. Gone Girl or Boy— And poof! Just like that, he’s gone. Welcome to Phase 3, the Discard. He will pretend you never existed, except to characterize you as his latest crazy ex to the new girl when you try to seek closure or answers. Therefore, any texts, letters, or forms of communication will show his current conquest how you’re “obsessed” and “stalking him.” Certifiably insane? Yes. But find yourself a good therapist and move on. If we’ve learned anything from history—YOU DO NOT MESS WITH OTHER HUMAN BEINGS!!!!!!! It’s disturbing and wrong. This is where I believe Karma will ultimately do its job.

5. The Comeback Kid— Have no fear, after they’ve chopped your heart in a million little pieces they will return for more because they crave constant attention. They want to keep you in their rotation. Don’t take the bait. They are pathological liars. Anyone who destroys your trust and takes advantage of you for sport doesn’t deserve your time or energy. DO NOT MAKE EXCUSES for him. Unless he acknowledges his truth and seeks actual help, you will NEVER get through to him. It’s a fool’s errand. Don’t be the fool and don’t be played by a fool.

They likely will NOT CHANGE. This is who they are and I could give you a dozen other examples of their bizarre behavior. It both haunts and fascinates me— hypocrisy of epic proportions. If you see yourself in any of the above, stop wondering, and start planning your escape. Trust me on this one, save yourself and get the F out. Your heart, soul, and mind will thank you!