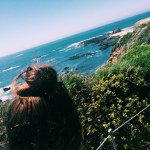 By Chrissy Stockton Updated November 13, 2019
Most people who don’t wear tinfoil hats don’t believe in vast government conspiracies, however, they probably haven’t heard of these ones. In partnership with Amazon and their new series Homecoming, streaming now, we brought you the conspiracy theories that you should *really* be aware of.

The government plans to microchip us

In the last few years it’s become ubiquitous for people to get their dogs “microchipped”. This means an RFID chip is placed inside the animals skin so that it can be scanned in the event the dog is lost and information about its owner can be found.

Side effects of the widespread animal microchipping project include tumors that grow at the microchip site, but that doesn’t stop people from adamantly encouraging others to get their animals chipped. Many shelters require it for adoptive owners. Some dog and cat owners even use microchips for the purpose of securing their home — allowing an animal door to only open with the chip present.

In the near future, not only will all domestic animals be microchipped — you will be too.

Already companies are using microchips to replace punching a time clock. In Sweden, citizens use their microchips as a pass to ride the rail system. Other futurists are touting consumer conveniences like waving your hand in front of a register instead of checking out with a credit card, or using a microchip instead of a passport. Once they get people to sign up, microchips will be used to track everything a person does.

Some Christian activists warn that human microchipping is the “mark of the beast” warned about in the book of Revelation. Of course, there’s also the very real probability that the microchips can be hacked and used as a GPS tracker. This would allow your location to be known and cataloged 24/7. The microchip may also allow your conversations to be recorded, and your keystrokes could be identified so that even your text chats and Google searches are archived by the government.

Agenda 21: The UN is helping governments “control” the population of poor people under the auspice of “sustainability”

Agenda 21 started as a set of “hopeful guidelines” proposed by the United Nations in 1992. The Agenda purports to focus on environmental and social goals like fair trade and sustainable energy. Some people are critical of the movement, saying it’s a cover for a new world order that hopes to exterminate poor people and control the population.

Some people think the real Agenda 21 aim is a future where marriages are arranged by the government to produce genetically superior children who are raised in planned, homogenous communities. The American landscape we know would be radically altered, with things like golf courses outlawed for not being “productive” enough.

The real reason to be creeped out by Agenda 21, is that it’s already in place. The plan was adopted almost 30 years ago and civilization at large is currently working towards its goals. No one can say for sure where the line is going to be drawn between creating a better future and maintaining our humanity.

What’s really going on at the Homecoming Transitional Support Center?

The Homecoming Transitional Support Center claims to be a government program aimed at soldiers coming home from overseas active duty.

The program operates out of Florida where they work with soldiers returning to civilian life. Former social workers who have worked at the Homecoming Transitional Support Center have claimed the organization is not what it seems. Family members of soldiers housed at the support center have also reported that they are having trouble garnering any details on the program and at times unable to contact their family members once they entered the center.

The creepiest part of Homecoming is how it selects which soldiers it works with. Despite being a government program, it’s not open to the military at large. Only select former combat soldiers are invited to the program, begging questions about why these select soldiers have been picked to participate.

If I could have any super power I would be able to talk to animals.