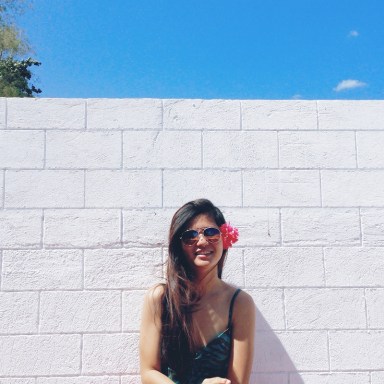 This thing called growing up and growing apart. It happens so gradually yet feels so sudden at the same time. We spent our younger days wishing we had more of this and more of that – daydreaming about the future and how we could change the world. Now we’re here. The next thing we know is we’re adults. Everybody has some sense of responsibility and maturity and things are a little far from how they used to be. We’re here now, realizing that more doesn’t necessarily equate to better, or happy.

If you’re lucky, you’re going to come across people who vibe just as crazily as you do. We wish these moments are never gone. Often times, they do stay. In our hearts. In our head. In our memories. Forever.

Moments when you once felt infinite, with a little splash of ego, and a whole bunch of soul.

When you meet people for the first time, sometimes you have no idea how much impact they’ll have on you or how your existence can alter their lives forever. How one moment can have a lasting and wavering effect on everybody. Because everybody is a part of this story. Everyone has a role to play, whether you like it or not. Truth be told, I don’t think you’ll have it any other way.

There are those who give endlessly. The ones who genuinely and generously extend their hands to others, because they have so much to give. The ones who understand “the more, the merrier” better than anybody could. The selfless ones. They want everyone to be happy, that’s why they give and hold space for everyone around them. The rarest. The givers who expect nothing in return, except for you to be grateful and be happy.

There are those who you can never imagine not having in your life. The ones who make you laugh until your butt and tummy hurt. The funny ones. The ones you consider as brothers. They will never let your day end without making you laugh. I think it’s kind of special, when you are all on the same wavelength. The kind of bond you create when you are all just being yourselves, without having to worry and pretending to be someone else.

There are simply the takers. These are those who are afraid of running out and end up getting twice as much as they give. They haven’t figured out yet that they alone can suffice. There are those who seek for validation and love outside themselves, making them the people they never thought they would be in the end. But it’s okay, it’s part of the process. We love them regardless. They will get there. Sometimes we just have to hold space for them until they do.

The ones you laugh with at 3 am in empty mall parking lots or someone else’s balcony. The ones you spill your secrets to. The ones you feel infinite with, and call the next day when you are down on your feet crashing.

There are those who leave the country but never leave your hearts. They make you realize that leaving is a necessary part of growing up, and you’re thankful because you were even given the chance to grow up with them.

There are the quiet ones. The ones whose inputs are so minimal but oftentimes say what is relevant. The observers. The learners. The shoulders to cry on.

Some you just never see again. Those who you never hear from again, due to certain circumstances. Sometimes you wish you can undo things and make things different for the both of you, but life doesn’t work that way. You just hope that one day you’ll see them again. Believing that the next time you’ll see them, there will be smiles upon their faces and yours too.

There are those friends who turn into family. Friends are family that you choose for yourself. There are those you just instantly click and vibe with. These are the friendships that alter and change your life forever, without knowing it at the beginning.

We didn’t think much ahead of what was life going to be, because we had the time of our lives. We were happy, albeit we were always searching for more. We may have lost some things in time, but in the end, we’ve always found ourselves. We may not have ended up in the same place together, but for once, we know by heart, that we were bounded by love. We were family.

Keep up with Alessandra on tenthousandbucks.wordpress.com