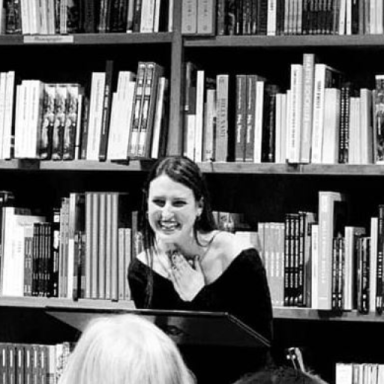 Finding the right guy is never easy. I see so many girls in relationships that are unhealthy and bring them down. Many girls try to justify why they stay in bad relationships. With a culture that has become accustomed to hooking up, I know many girls who truly don’t understand what it means to be treated “right” by a guy. However, when a guy likes a girl, it is obvious. There will be no doubt in your head that this guy is going to make the best boyfriend. If he does these 10 things, I think you’ve got a keeper.

1. He tells you how beautiful you are all the time.

I don’t mean you should dress up and throw on a ton of makeup every time you see your boyfriend with the hopes he will call you beautiful. A girl should feel comfortable being without makeup, hair natural, wearing a T-shirt and still feel as if her boyfriend finds her beautiful. A guy should make a girl feel sexy all the time, whether that means you are going out for the night or just relaxing at home in your pajamas.

2. He never leaves a doubt in your mind that you are the girl for him.

If a guy doesn’t make you feel as if you are the only one for him, it is time to move on. There is no point in dating someone who leaves you questioning whether he is committed or not.

3. A good boyfriend lets his girl have her space.

A trusting, understanding boyfriend isn’t possessive over his girl. He knows that she has a life and friends of her own. Girls don’t want to feel as if their boyfriend is constantly trying to control what she does without him. The more space a guy gives a girl, the more time the girl will want to spend with the guy.

A guy doesn’t have to spend a ton of money on a girl by taking her out to fancy dinners and buying her a ton of stuff. All a good boyfriend has to do is put a little bit of thought into a fun way to spend time with his girlfriend. Picnic in a park, relaxing at the beach and going outside of town to watch the stars in the middle of the night are all perfect “dates.” Having a girl come over at midnight once he has already gone out drinking with his friends doesn’t count as a date.

5. He supports your decisions.

A guy who is really into you won’t make you feel bad about the decisions you make in your life. If he doesn’t agree with something, he will tell you in a nice way. However, if something is important to you, he will support you 100% of the way.

6. He constantly tries to “be better.”

Once you are in a relationship, it doesn’t mean he will stop caring. A good boyfriend will constantly try to win you over even after he has “won you over.”

Guys like to touch girls and girls like to be touched. Small gestures like putting his hand on your leg or wrapping his arms around you makes a big difference. You should feel as if he wants you, all you time.

8. He is open and honest with you.

The perfect boyfriend will always be open and honest with you. You should never have to question how he is feeling. That is what makes a good relationship.

You should always feel as if your boyfriend looks up to you and respects you. He is attracted to your mind and he cherishes you for who you are as a person.

10. He considers you his best friend.

At the end of the day, your boyfriend should want to spend time with you over anyone else. You are his best friend. And you should feel the same way about him.

Author of Annala Memoirs of a Mermaid and Witch Sisters