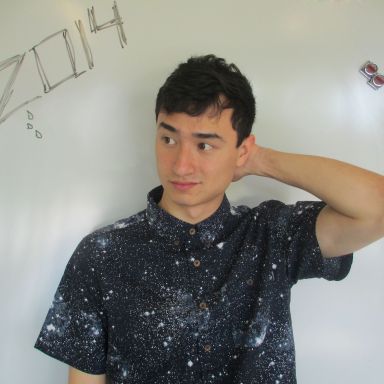 The most disruptive event in human history hasn’t happened yet. The discovery of fire, invention of the wheel, and the Industrial Revolution don’t hold a candle to the ramifications of making contact with an extraterrestrial civilization. This potential event has been immortalized in science fiction as “first contact.”

All kinds of speculation has taken place as to what “first contact” might entail. Would we be crushed like ants? Be enslaved or eaten? Forced into tubes and horrifically kept alive to provide energy to our masters? Or perhaps offered help, technological aid, and even introduced to a galactic community of other hyper-intelligent beings?

One thing is for certain: the moment of first contact will change everything forever. The notion that extraterrestrial civilizations could exist—each with their own foreign ways of life, of fighting and communicating, copulating and co-existing—wasn’t even comprehendible to our ancestors. Aristotle up to Copernicus couldn’t envision the universe beyond our solar system.

As far as simple microbial life, it’s pretty much a guarantee that it exists, and it could be as close as a couple planets away. Within our own solar system, there are at least 6 planets and moons—Mars, Europa, Ganymede, Callisto, Titan, and Enceladus—that are considered serious candidates for harboring basic life.

On Mars alone, there is strong evidence of past life. Scars of former rivers streak its surface, signs of what once might have been a lush planet as green as ours. In 1996, we found that that a meteorite from Mars, ALH84001, had microscopic fossil structures of bacteria on its surface. Scientists concluded that the bacteria had no earthly origin. To date, that conclusion hasn’t been disproven.

As much as finding basic life would sate our curiosity, the holy grail would be to make contact with a complex civilization that could meaningfully interact with us. During our lifetimes, our search for them might yield positive results. Every day, our telescopes grow more and more powerful. Our satellite dishes capture interstellar noise—and the potential ramblings of alien civilizations—from farther and farther away. We are now even able to detect life on a planet by analyzing the chemicals in its atmosphere.

If we find even one indication of life outside Earth, it would mean that within a relatively close timeframe and proximity, there were two: us and them. And so naturally it follows that on average there must be many more instances of life scattered throughout our galaxy and universe. Imagine intelligent civilizations on alien worlds rising and falling, pulsing like lightning bugs, illuminating their planets for mere blips in the timeline of our universe. Little lighthouses, temporary beacons of order, in the vast and raging cosmic storm.

As our influence expands beyond this planet and spills over into the solar system, it’s easy to entertain the idea of us colonizing Mars, building stations on Jupiter’s moons, even venturing outside the solar system. That is, if we can avoid self-destruction. We don’t know what a civilization that possesses great technology eventually ends up doing: using it for self-annihilation or cooperating to achieve higher goals.

In our lifetimes, the human race will answer that question for itself. Perhaps we won’t, as evolutionary expert Stephen Gould said, be able to “pass through [the] period of potential destruction where technological capacity outstrips social or moral restraint,” better known as a species’ “critical point.” We still haven’t gotten our act together regarding global warming nor have we agreed to stop building nuclear weapons, two looming problems that could end life as we know it fast.

Our “critical point” is right now. We’ll soon see whether we succumb to our self-destructive nature or not. All life is a miracle—an impossible triumph of order against chaos, of frenetic and disorganized atoms uniting to work towards a single goal.

But when a species tries to reach for the heavens, as the biblical architects of the Tower of Babel did, chaos once again might take over to check its ambitions. The invariable triumph of chaos over order—this is the property in nature known as “entropy.” Reasonably intelligent civilizations could be common in the universe but unable to move past the point where their technology and propensity for self-destruction overlap.

If we can put aside our differences and survive as a species, that spells hope for life everywhere. If we don’t, then it casts a shadow on the possibility of other extraterrestrial life advancing beyond their critical point as well.

All we can do for now is keep on looking and keep on surviving. Point our listening equipment to stars systems far, far away and pray for a message, a noise, anything that tells us we aren’t alone in this gigantic universe. Identify the best candidates for harboring life outside our solar system. Survive as a species to show that it’s possible for an advanced species not to destroy itself, even when it has the means to do so.

But because we’ve only been broadcasting for a extraordinarily short period of time and we might be millions of light-years away from the closest civilization that could actually understand our signals, the chances of someone finding us are slim. We’re basically throwing a note-in-the-bottle into the cosmic ocean and hoping someone reads it while we’re still around. It could happen, though, and that’s enough to capture many scientists and dreamers’ imagination and effort.

Would it be consoling or would it be terrifying, finding something “else” out there? Any extraterrestrial civilization we encounter would likely be much more technologically advanced than us. They would have no doubt have the means to obliterate us. The question is, would they?

Stephen Hawking thinks that they would, based on our own ugly human history. Whenever two human civilizations met, the technologically dominant one would virtually always conquer the other. An advanced alien civilization might consider us expendable barriers to Earth’s resources, an affront to their religion, or any number of things that would lead to our extinction.

Zach Schwartz (b. 1994) is a writer and entrepreneur from Cleveland, Ohio. He Tweets at @zach_two_times. He has ...

A Brief Meditation On Space Exploration

140+ Nerdy Pick Up Lines for Geeks