Avoidance of social interactions and intimate relationships. Excessive feelings of low self-esteem, shame and inadequacy. Withdrawal from situations where one is likely to be criticized. Hypersensitivity to rejection. These are just some of the traits of the Cluster C Disorder, Avoidant Personality Disorder (APA, 2013). It is estimated that 2% of the population has this disorder – and you might be wondering if you’re one of them.

Before making any armchair diagnoses, always know that you must go to a mental health professional to be diagnosed with Avoidant Personality Disorder – or any personality disorder for that matter.

Many people might read this description and think they meet some of this criteria, but there is a distinction between the debilitating nature of this disorder and normal shyness, anxiety or introversion. This disorder goes beyond the occasional social anxiety or even just being an anxious person in general.

People with this disorder struggle with a lifelong inability to form relationships with others and they will literally do everything possible to “avoid” situations where there may be social interaction – whether in friendships, romantic relationships, work-related situations – due to their paralyzing fear and assumption that they are disliked or that they will be judged.

This is not because they lack the desire for social connection, but rather because they fear the potential repercussions that come with it (Sanislow, Bartolini, & Zoloth, 2012). Their anxiety about being potentially rejected reaches epic proportions to the extent of self-isolation and new heights of social inhibition. This disorder is debilitating, pervasive and excessive in its impact.

So if you encounter someone with Avoidant Personality Disorder, you’re likely to see how much more massive their anxiety and social inhibition is, than say, a person who is “just” anxious. This isn’t just someone who gets easily drained by other people (as many introverts do) or avoids interactions with potentially toxic people. This is someone who will ruminate and worry about everyday situations because it may present opportunities for negative appraisal or evaluation. And due to their anxiety, they will also feel unable to follow through with conversations, events or activities which contain even a morsel of social contact.

A trip to the grocery store, for example, might be terrifying with someone with Avoidant Personality Disorder because they will be imagining scenarios where they might embarrass themselves or run into someone who tries to talk to them. This hyper-anxiety seeps into their everyday life and prevents them from not only trying new things, but also engaging in behavior that even highly anxious and sensitive people might not have any issues with.

Keep in mind that there is great overlap between some of the symptoms of this disorder and Social Anxiety Disorder, symptoms of trauma, PTSD or Complex PTSD as well as a host of other mental health issues. It is thought that Avoidant Personality Disorder and social anxiety itself can also be caused by trauma (Eikenaes, et. al 2015). It also overlaps with certain withdrawal behaviors of being a highly sensitive person. 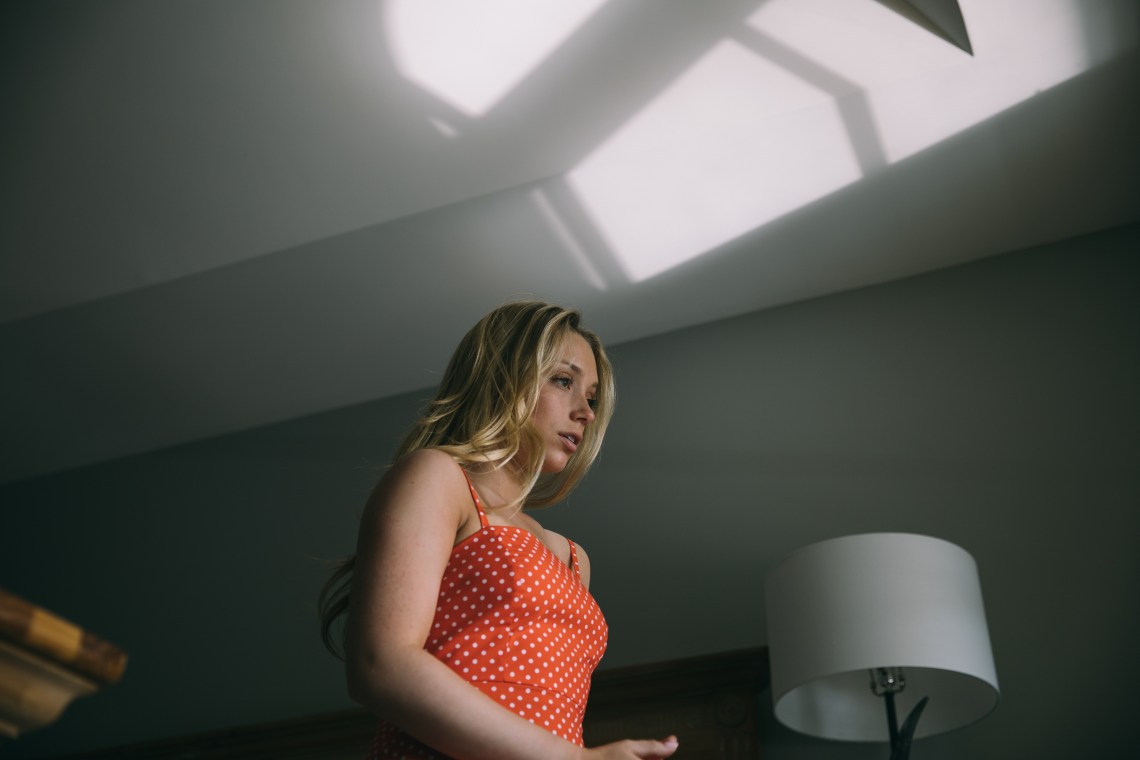 Many survivors of trauma and abuse, for example, can also isolate themselves due to prolonged exposure to trauma and develop mistrust and hypervigilance in social situations (Herman, 2015). So, while learning more about this disorder is helpful, it bears repeating that an official diagnosis can only be made by a professional – and only a professional is equipped to determine the cause of any behavior that reflects this disorder.

What Avoidant Personality Disorder Looks Like In The DSM-5

The Diagnostic and Statistical Manual of Mental Disorders defines Avoidant Personality Disorder as including:

A. Significant impairments in personality functioning manifest by:

Impairments in self-functioning due to either (a or b).

a. Identity: Low self-esteem associated with self-appraisal as being socially inept, personally unappealing, or inferior; excessive feelings of shame or inadequacy.

Impairments in interpersonal functioning (a or b):

a. Empathy: Preoccupation with, and sensitivity to, criticism or rejection, associated with distorted inference of others’ perspectives as negative.

b. Intimacy: Reluctance to get involved with people unless being certain of being liked; diminished mutuality within intimate relationships because of fear of being shamed or ridiculed.

B. Pathological personality traits in the following domains:

c. Anhedonia: Lack of enjoyment from, engagement in, or energy for life’s experiences; deficits in the capacity to feel pleasure or take interest in things.

Anxiousness: Intense feelings of nervousness, tenseness, or panic, often in reaction to social situations; worry about the negative effects of past unpleasant experiences and future negative possibilities; feeling fearful, apprehensive, or threatened by uncertainty; fears of embarrassment.

C. The impairments in personality functioning and the individual’s personality trait expression are relatively stable across time and consistent across situations.

E. The impairments in personality functioning and the individual’s personality trait expression are not solely due to the direct physiological effects of a substance (e.g., a drug of abuse, medication) or a general medical condition (e.g., severe head trauma). 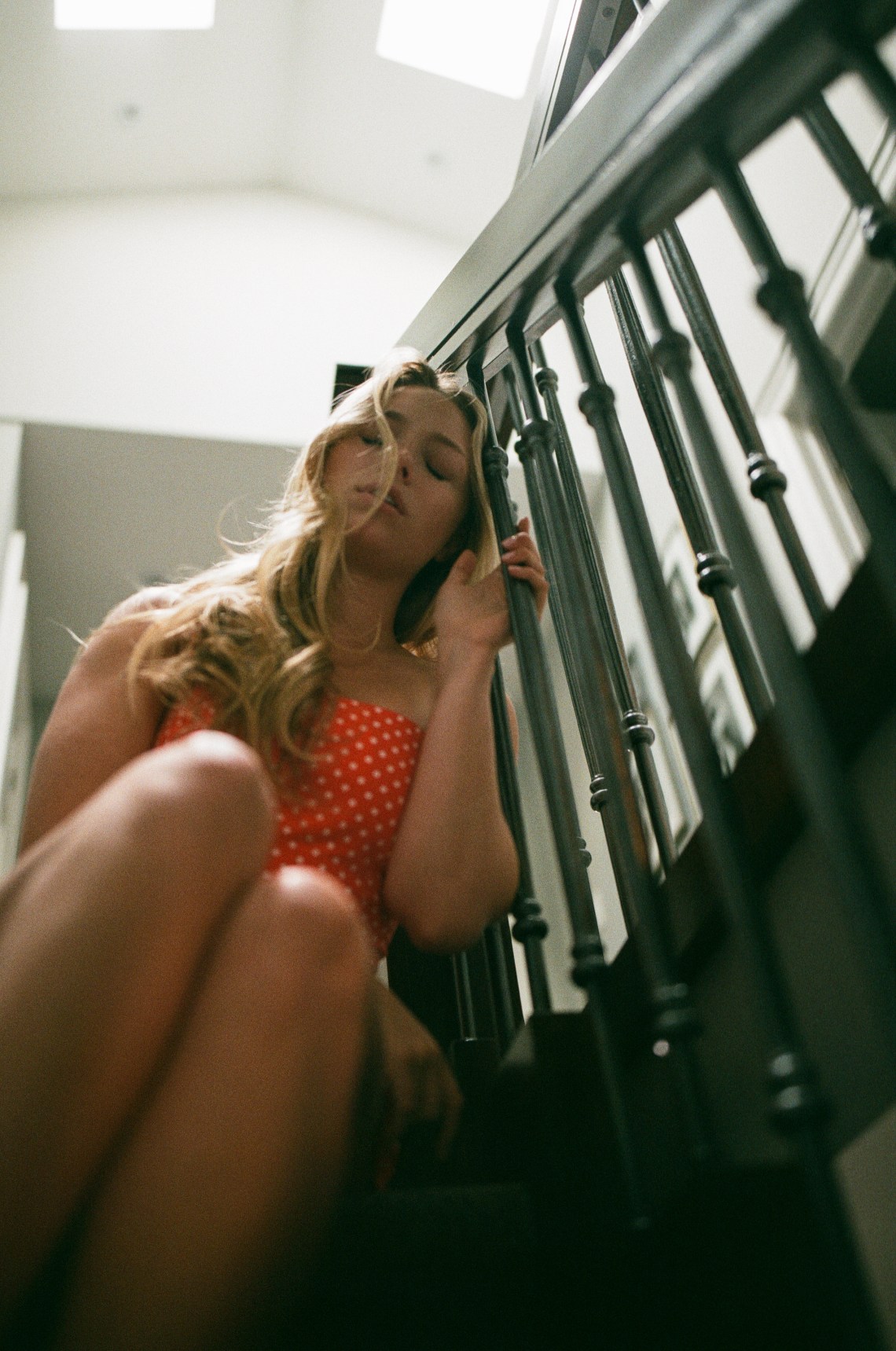 As you can tell, the diagnosis for such a disorder requires both the emotional component (anxiousness, lack of enjoyment in life’s experiences) as well as a debilitating impairment on behavior (withdrawal, intimacy withdrawal, avoidance of social situations). It also requires that a person be impaired in either the way they see themselves (self-esteem) or their inability to partake in risks or any activities containing social contact.

This behavior cannot be explained by changes in development (for example, a phase of shyness in early adulthood) and is relatively stable across many contexts. A person with this disorder will behave this way whether they’re in the grocery store or at a large party, whereas a person without it may be shy in some contexts and expressive and outgoing in others.

If you suspect you may struggle with Avoidant Personality Disorder or a related disorder, the best route of action is to seek professional support. Although a prominent feature of disorders like this is self-isolation, no one should have to tackle this alone.

5 Struggles Only People With Anticipatory Anxiety Will Understand

7 Things People With Narcolepsy Want You To Know

6 Things My Borderline Personality Disorder Wants You To Know