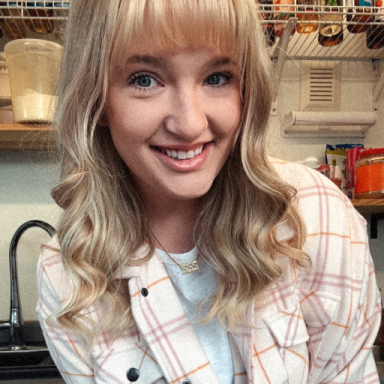 In every one of my favorite movies, there’s a point where everything goes downhill and the main couple break up or end in a huge fight. Cue the sad I-miss-you montage. Then after some huge event or revelation, the boy makes his grand romantic gesture and wins the girl’s heart. It happens especially in Disney movies, the movies I was raised on. High School Musical always stuck out to me. That’s why I always thought heartbreak couldn’t be so bad. But none of those movies prepared me for what heartbreak really feels like.

These movies make you believe he’s missing you too. They make you think on the days you can’t get out of bed, he’s lying there thinking about you too. Now that I’ve experienced it, I know that’s usually not the case. Because when you’re struggling to fall asleep, he’s sleeping soundly with another girl already. When he’s all you can think about and you can’t even focus on your favorite show, he hasn’t thought about you in days.

You hope every weekend he’ll drunk text you, confess his love for you and beg for another chance. You pray he’s out there getting drunk every night because he can’t bear the thought of being without you. You want to believe he can’t even force himself to eat either, because even your favorite meals taste like bile in your throat. All you want is a sign he misses you too.

You listen to your friends talk about him and the funny thing he did the other day until they realize you’re right there and quiet up. But you were eating up every word. You just want to hear that he’s hurting too, but he’s not. He’s moved on with his life while you’re frozen, repeating the day you lost him in your mind on a loop. You can’t move on when it hurts this bad. Why the fuck doesn’t it hurt him? Was any of it real if he doesn’t feel like you do?

When he promised he’d still do anything for you, that was a lie too. Because when you drunk call him at 1 a.m. and cry and tell him exactly how hard this is for you, he’ll hang up. When you text him that you just got the worst news of your life and you don’t think you can handle this, he’ll leave you on read. When you need him the most, he will not respond.

You can still be there for him all you want, but it’ll only hold you back. You can check in on him and make sure he’s doing okay, ask him if he needs anything, ask him if he’s coping with everything in his life alright. Because you assume he’s struggling too. Because he was your security blanket for so long that you can’t handle tragedy without him, and you think he’ll still need your shoulder to cry on too. But he won’t. He doesn’t need you anymore—he’s found new ways to handle his stressors. And the more you check in on him and see how okay he’s doing, the more you can’t move on. Any contact with him will hold you back, and every day will get harder to live without him.

Because the truth is there will be no grand romantic gesture. He’s not Troy Bolton. There won’t be a drunk text on Friday night that assures you he still cares somehow. You won’t hear from your friends that he was asking about you the other day because he doesn’t care.

Stop waiting for him to show up with flowers and say he’s sorry. He’s not sorry, he’s not coming, he does not have the capacity to love like you.

It’s going to hurt for a while. Oh god, it’s going to hurt. You won’t be able to sleep, and when you do it’ll hurt to wake up. You’ll have dreams about him only to wake up and discover it was a nightmare. You’ll see a truck that looks like his and want to throw up in the middle of town. Embrace those feelings; let it hurt for a while. Allow your heart to fall completely apart because eventually it’ll put itself back together.

Don’t stop loving forever. Don’t lose your capacity to love someone so much be ruined in the hurt of losing him. You’ll be okay again. You’ll love someone again, and maybe you’ll feel this kind of heartbreak again, but eventually you won’t. Eventually someone will love you enough to not let you feel this way ever again. Hold on to that and take every painful morning one day at a time.

Everything you do, do from love.