This is for the lone rangers, the champions, the oddballs, the freaks, the warriors.

This is for the ones of you who refuse to fit into a box that has been made for you by the people around you, those of you who would die for your cause. The ones of you who choose rebellion even if it means gut wrenching pain because you want the world to change, and you’re standing tall even if the odds are stacked against you. This is for you, who get up in the morning, knowing that your day is going to be marred by pain and heartache and a fight to breathe to exist just as you are.

This is for all of you who are still fighting even if no one believes in you anymore. Whilst everyone who cares for you is worried about why you didn’t choose the easier way (‘Just try harder to fit in’, ‘Stop being so angry about things we cannot change’), what you are doing could be the spark or a revolution, the change of an entire way of life or the birth of a brand new way of thinking.

You are ancient ideas in a mortal body, a story, a legend for years to come. You are the ones who are not afraid because the truth is by your side, despite all the naysayers who are trying so hard to make you small. Because you do not hide your scars. You carry them with pride because they are the stories that make you what you are. And I’ll tell you a truth, a secret to carry with you, the stories are all we have, and stories are the most powerful things of all. In the times of old, they were fables and prophecies, and in a million years of human existence they are the only things that are left by our ancients.

They are the only things that are alive through millennia. And you, you could be one of them if you keep fighting for what you believe in. You are the bright spark in a world that has chosen to succumb to the darkness, but you refuse to die out, for all the darkness in the world. And do not let that spark die, ever. Because it didn’t start with you.

It started with Joan of Arc, who still led legions to a resounding triumph at a time when the people doubted every step of her young feet, and every thought in her young mind.

It started with Nelson Mandela, who was imprisoned for 27 years for standing up to a government that was trying to completely destroy the rights and the dignity of black South Africans.

It started with Galileo who was deemed a heretic and arrested for standing up for the truth, for science in a world where only religion and tyranny ruled.

It started with Mahatma Gandhi who freed a nation with non violence and love from the hate and brutality of its oppressors.

It started with Rosa Parks, who refused to give up her well deserved seat on a bus after a long hard day and was arrested for it, sparking a movement that has never been forgotten.

It started with Martin Luther King Jr., and Malcom X, and Susan B. Anthony and Abraham Lincoln and the countless other heroes in history who refused to fit in, follow the norm, become one with the rules. Instead they rebuilt the rules, they broke down walls, they changed history with what they represented, with who they were.

You are not the first to fight for what is right. But you are the next to carry a torch to bring light where there is none.

The world is waiting for you to rise and change what is wrong inside it.

Don’t you ever let anyone convince you otherwise. 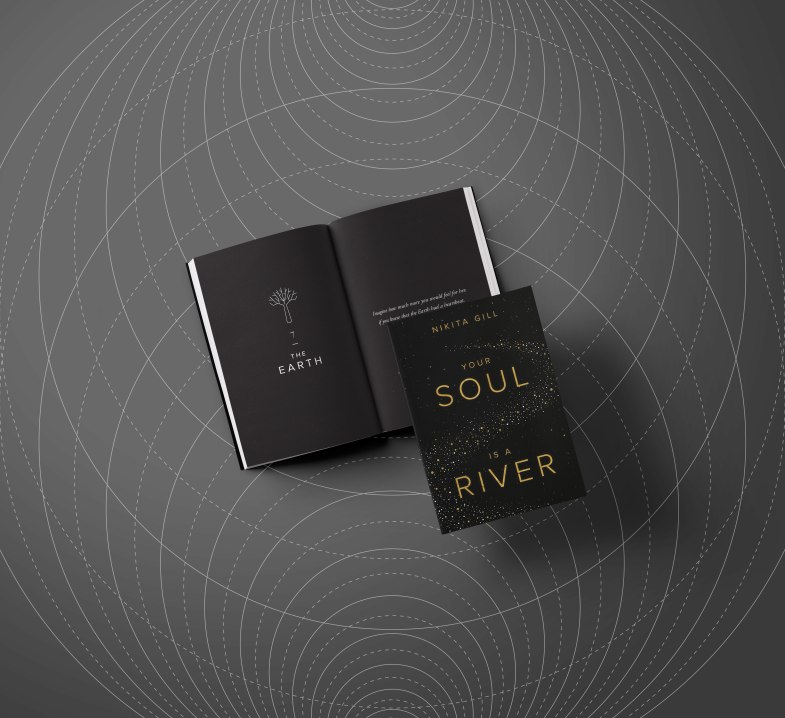 Preorder Nikita Gill’s Your Soul Is A River from Thought Catalog Books here.

Read This Before You Quit Your Job And Backpack The World