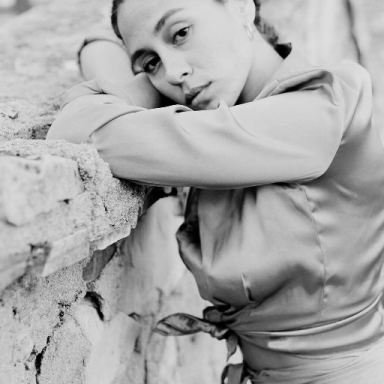 Maybe it was the way I was brought up to believe that relationships start off by talking about the things we hate. Some start by a shared bond of complaining. Maybe I learned this from my mom, who’s idea of “getting closer” meant complaining to me about what pissed her off.

That is, until it was starting to become too much for me to listen to. When I had reached early adulthood, I knew it was probably wise that my mom talk to someone about her issues, and that someone could no longer be me, her 18-year-old daughter. I mean, who wanted to hear about someone else’s problems all day? Definitely not me. And I could not imagine being that emotionally overbearing to someone else.

Until I realized I was being that overbearing to other people.

There is a very fine line between venting and what psychology calls “trauma dumping.” It was a hard pill to swallow, and it did not come to my attention that I had made painful childhood experiences, heart-wrenching breakups, and devastating losses a talking point in most of my discussions with the people close to me. In a way, my behavior was almost worse than what my mom was doing — at least her problems were in the present moment. I was consistently bringing up the past when I could have let it go.

I know that isn’t simple. It takes therapy or meditation or maybe a yoga retreat to let our most painful experiences go. And I’m also not telling anyone that it is not okay to talk about those things with your friends and family. But I had to ask myself honestly, “Do I like being the victim of my own life’s narrative?” and “Did I kind of enjoy talking about it?” It probably isn’t that cut and dry. I think mainly I was still trying to make sense of these things.

But in a lot of other ways, I did like talking about them. It feels nice to gain sympathy, and again, it opened the door for other people to talk about their similar experiences, which would mean more connectedness. Right?

But I had to factor in my responsibility for my own pain. On top of that, I didn’t want to admit that maybe I could be traumatizing other people by constantly bringing up my own traumas.

A moment of silence for this sobering statement. When I read this, my stomach sank. I really felt terrible.

I personally have the tendency to overestimate my unacceptable behaviors and most of the time equate these things to, “I am a bad _____” (person, friend, daughter, sister, girlfriend). The very thought of traumatizing someone else challenged a part of me that liked to believe I was good.

But before you start shaming yourself, stop. Really, just stop and realize that maybe the people that hurt you didn’t mean to and just so happened to do so in the process of their own painful experiences. Like, I don’t know, the way you may have hurt others, too?

And if you even have that much self awareness to muster up that explanation, you can realize that you aren’t a bad ______ for complaining a bit too much or putting your friends through these same stories of your own traumas. None of us are perfect. And you are also still a good person.

You can do something to change it. I personally am trying to be more mindful of it, along with going back to therapy in order to reframe the narrative of these past experiences in a way that allows me to not have to relive them. But in the meantime, I’ll recognize and take responsibility for possibly putting my loved ones through it, too. Doing it with kindness, love, and intention.