It started out so simply.

It was a Thursday evening; I had no plans or obligations. Nowhere to be, no responsibilities, and no one to impress. I had some time to kill so I thought, what could be sort of entertaining and keep me away from spending another $45 on Postmates?

“I KNOW. I’ll mess around with Tinder.”

I downloaded Drizzy, got real annoying REAL quick with my friends, and decided to put Drake’s lyrics to the test; I got a little wine tipsy and started messaging guys on Tinder solely with the app. If they figured out I was stealing my lines from Drake: whatever. AWESOME even. Good for them at the least. If they didn’t, I would have my harmless fun and figure out exactly how this app worked. No harm no foul right?

This is what happened: 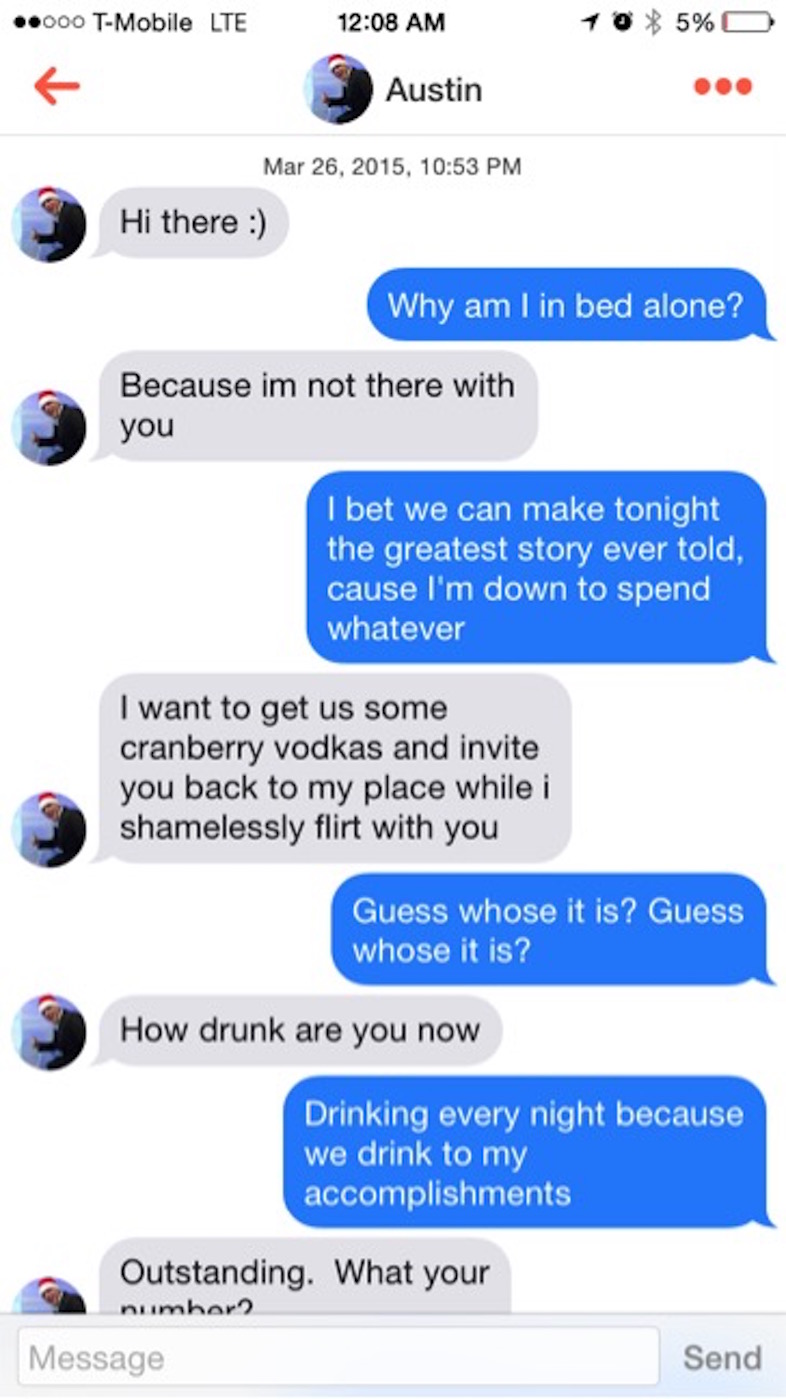 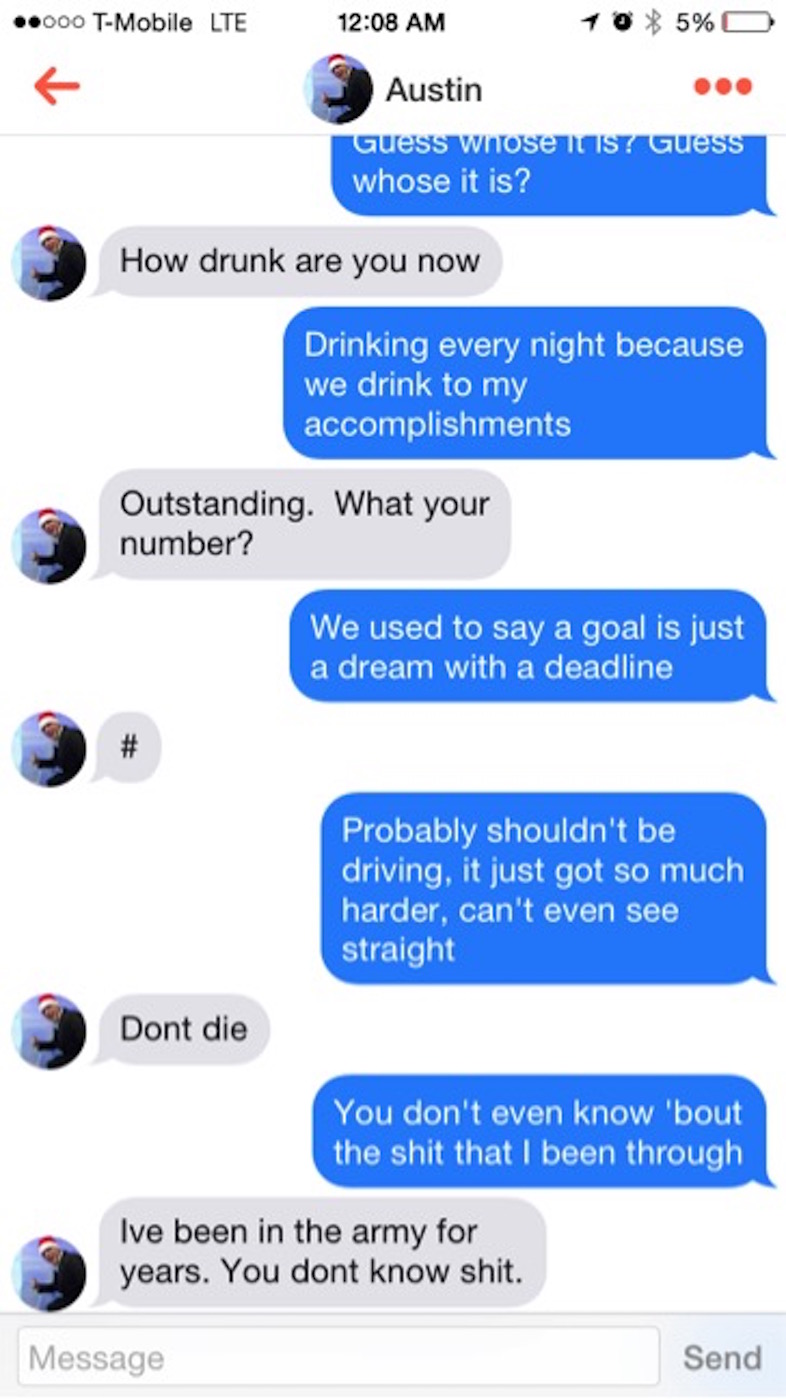 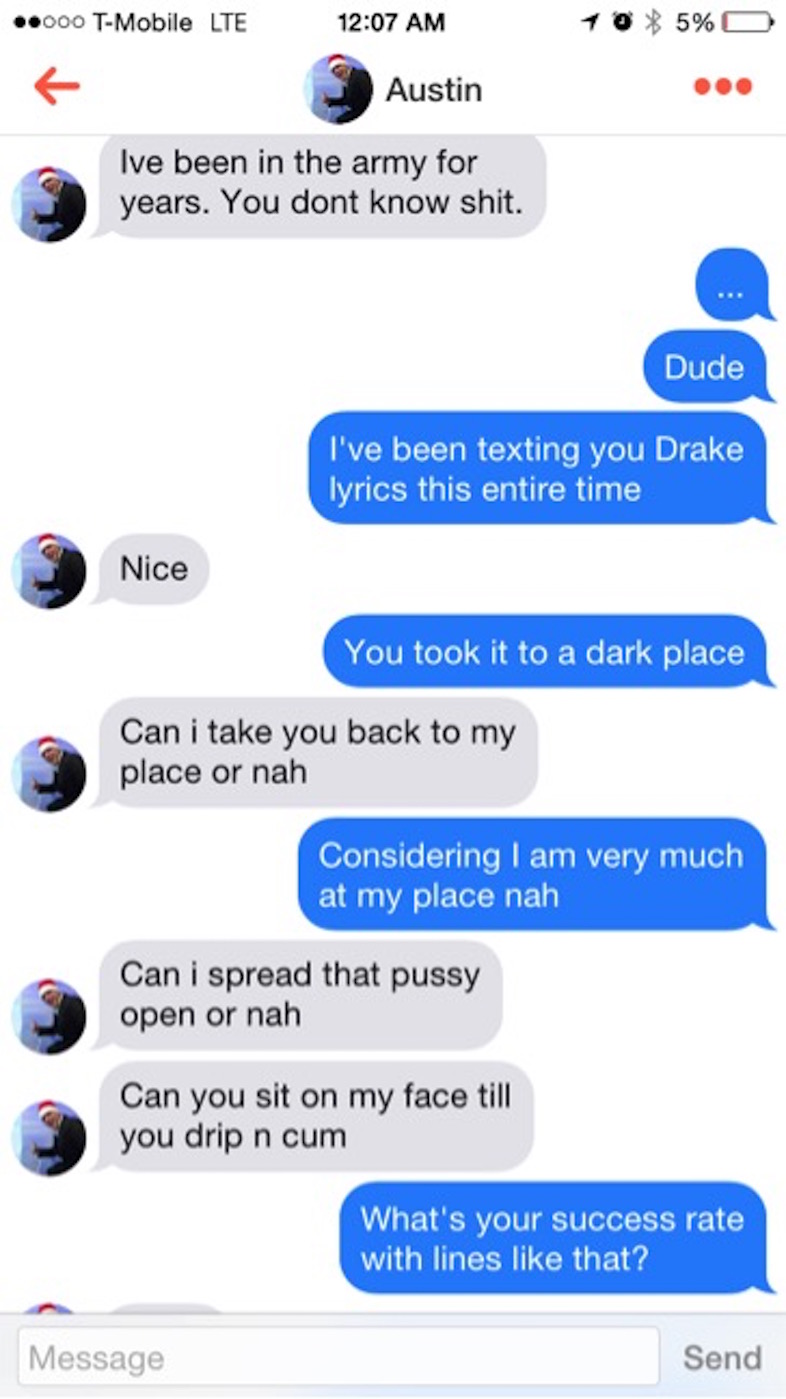 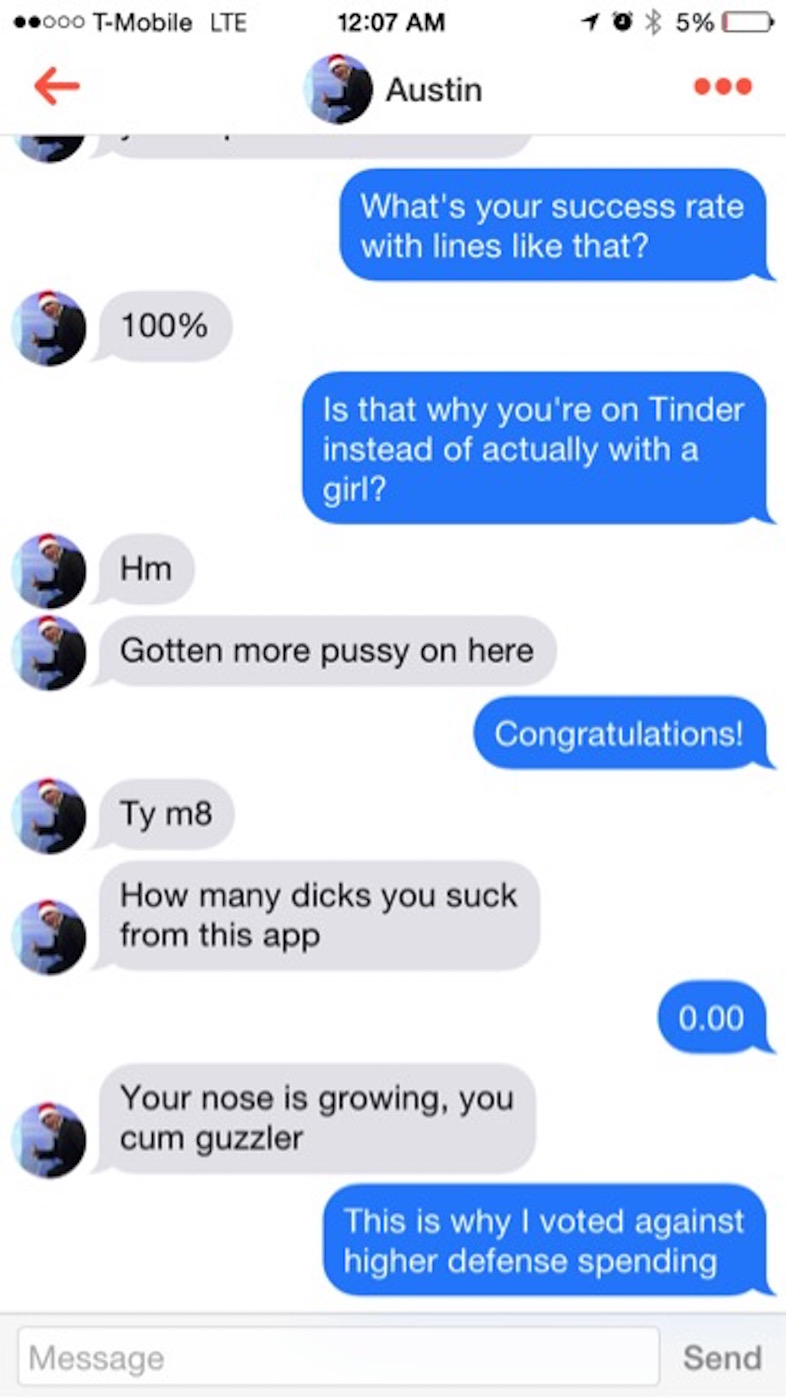 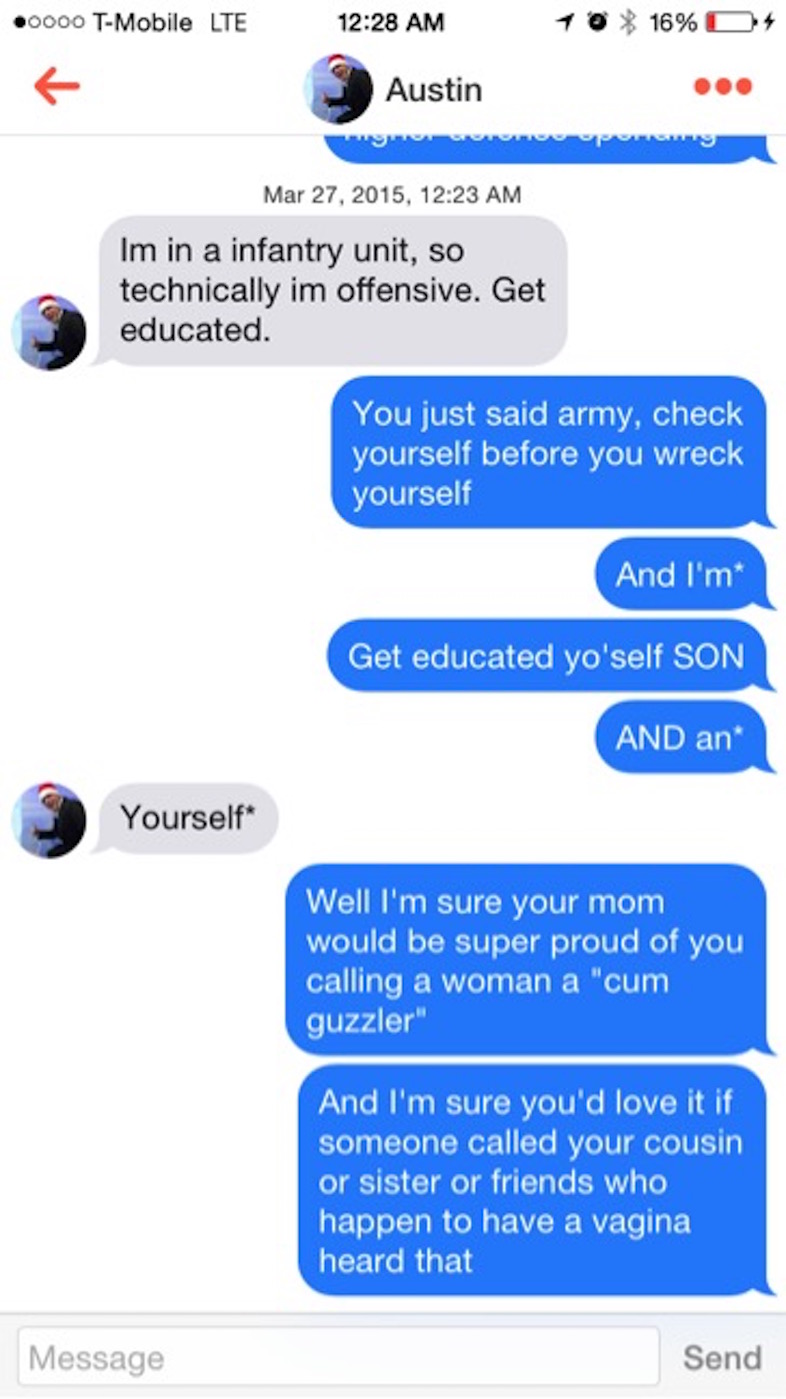 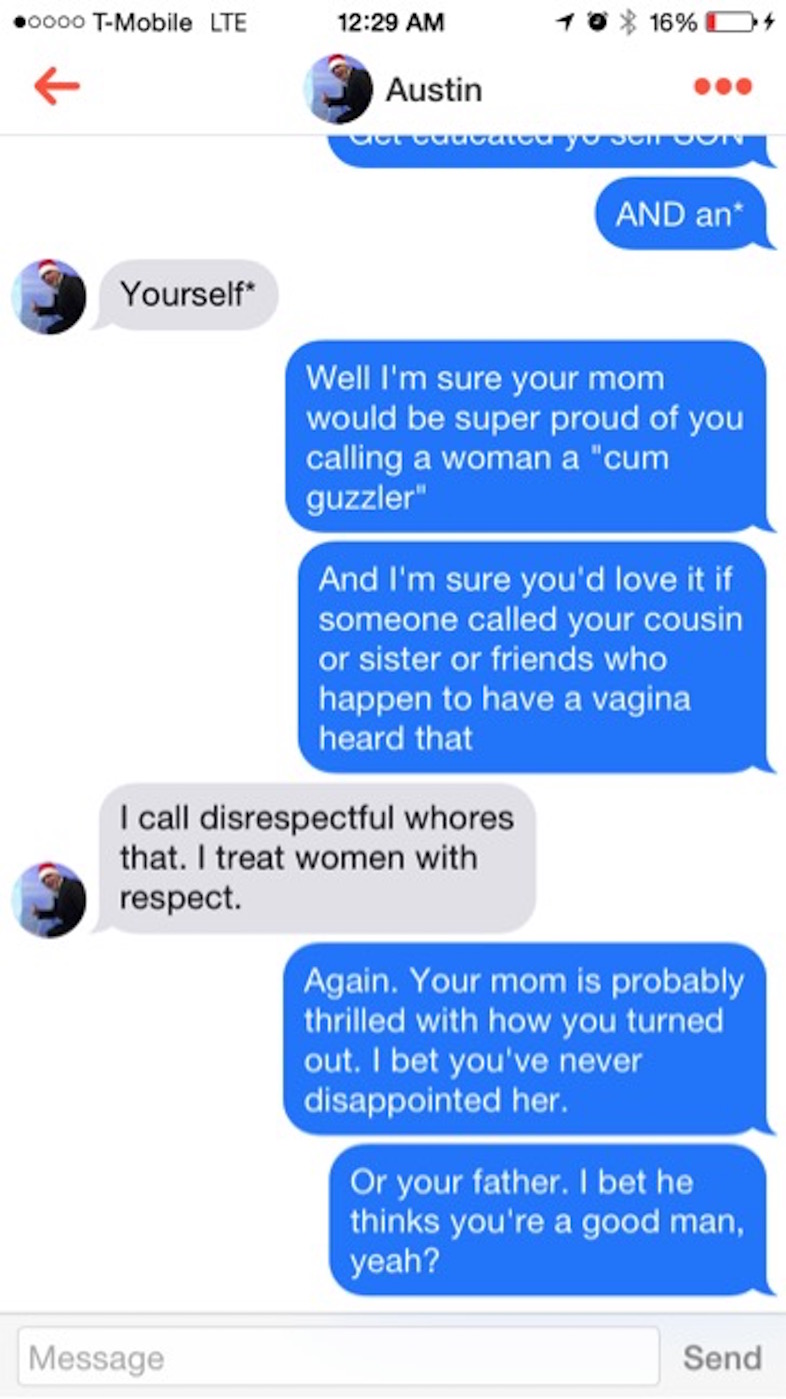 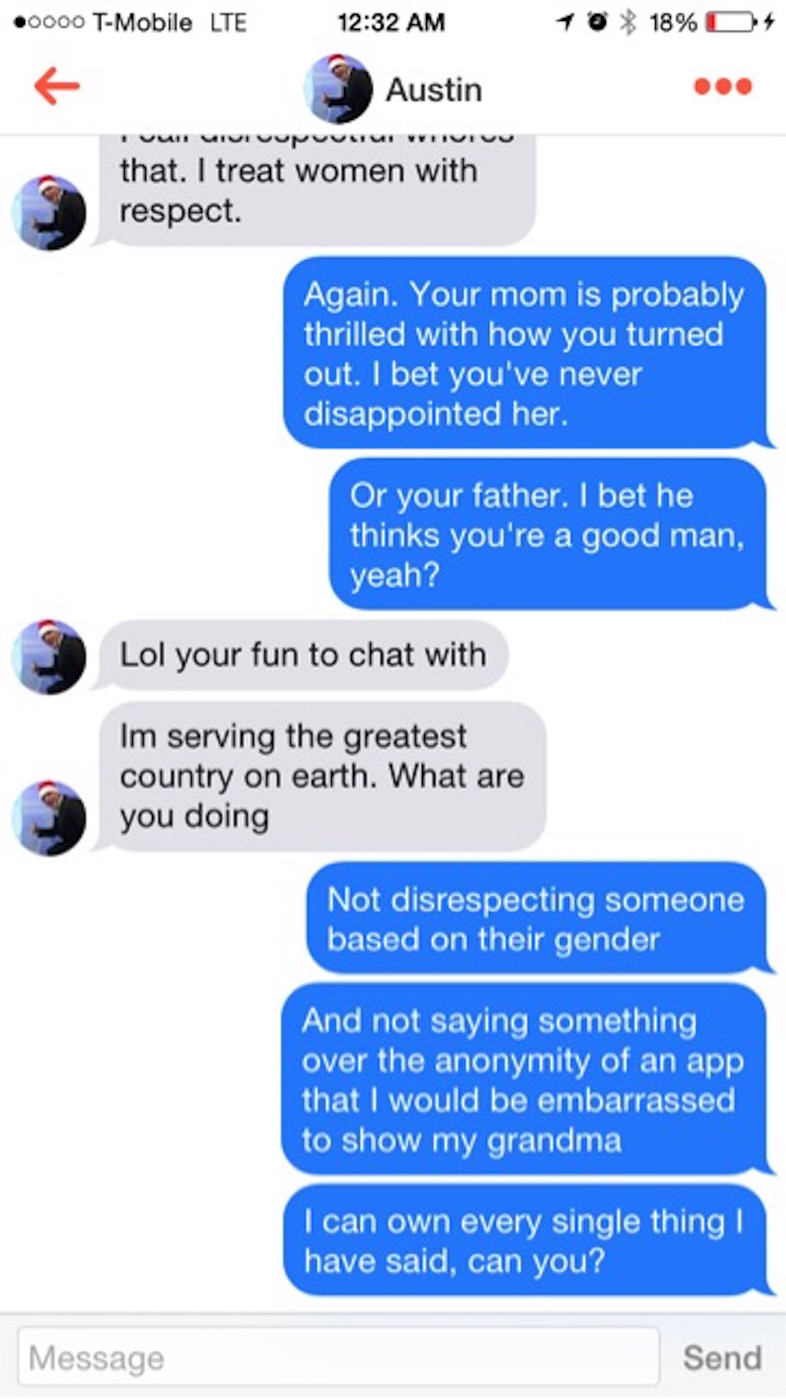 This continued to go on and got substantially more heated, but I wasn’t smart enough (damn State School education) to screenshot the convo before he blocked me. He called me crazy, threatened to “show me what he could do” if he ever saw me in person, and laughed off any semblance of my being offended. All this from just trying to have some fun with Drake. SHEESH.

But it did get me thinking about the way women are spoken to, especially when anonymity is involved. Why is it permissible for anyone to say something like that? Why are we so desensitized to the idea of being called a whore by a complete stranger that we just laugh it off and go back to our Merlot like nothing even happened?

I write for the internet and identify as female; I completely get that it comes with the territory. But why is that something I should have to accept? Isn’t it disheartening that I’m expected to accept this kind of behavior as normal given my gender and chosen outlet? I could never imagine saying something like that to a complete stranger — so why is it my responsibility to just shrug it off?

Normally I avoid comments but I’m genuinely asking: why is this a thing and why are we acting like it’s “whatever”?

The internet is a really bizarre place. And if we let it, it will absolutely swallow us whole — that’s me quoting super chill internet girl Ari Eastman and it’s absolutely accurate. I’m feeling a little swallowed by it currently, and I guess I’m just saying I think it is 100% okay that I’m not totally laughing off a complete stranger who deemed it appropriate to tell me that I deserve to have a penis forcibly shoved into my face.

Sometimes it gets exhausting pretending like we are not even fazed by being violently and anonymously harassed.

And I didn’t need Drake to tell me that.