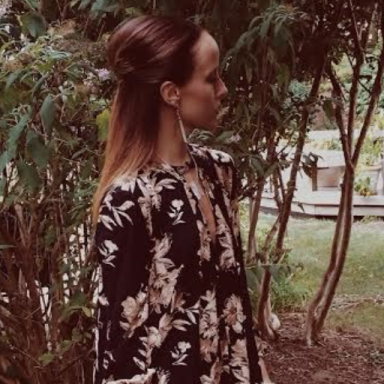 Modern technology has helped humanity learn things and explain things to each other that were never able to be grasped before. We now know of galaxies far beyond what the human eye can see alone. Scientists have mapped out exactly how cells work in the body, charted the interior of the earth and made medical advances to save lives. There’s plenty of information available now to answer almost any question, but that doesn’t mean there are answers to everything.

There are some spots around the world that have unexplainable events happen. These often go down in local lore, and if they’re creepy enough, they become widely known. Thrill seekers are always looking for their next scare or to disprove lore, which is why many come to visit Riverdale Road in Thornton, Colorado. The street has endless ghost stories to tell, which is why these facts make it such a terrifying place to visit.

1. It Literally Has Gates to Hell

Okay, so these gates are actually just made of rusty iron, but it’s the story behind them that adds them to almost every page on the internet about Colorado lore. People visit these gates when they’re seeking a thrill because of what or who they might see. The man who built them lost his mind when they finished, burning his entire mansion with his family asleep inside. He was never caught or put on trial.

Now, witnesses report that a lady in white walks the road by the gates. Assumed to be his wife, she searches the street for her murdered children or even her husband. She might be out for revenge, but the most she’s ever done to visitors is appear in the rearview mirror as they pass by, longing for help that never comes.

Sadly, there are accidents that happen to joggers all the time, especially if their run takes them along busy roads. One jogger decided to take a jog along Riverdale Road one day and got hit. They didn’t make it, so now the jogger haunts the road. People passing through on foot have heard a loud heartbeat and even footsteps. If you drive by, you might feel something hitting your car when there’s really nothing there, except perhaps the angry ghost of a dead jogger.

If there are rumors that an area had a large amount of satanic activity, that’s one thing, but evidence means something entirely different. Because people used to live along Riverdale Road, there are structures left behind like old chicken coops and empty buildings. On these structures is always fresh graffiti and even headless animals. That and the occasional sound of footsteps growing closer and louder.
[youtube https://www.youtube.com/watch?v=guNHvfIp_oU%5D

4. Ghosts Swing from the Trees

America has a long and dark history of abusing slaves while it was legal to own them, and there’s plenty of creepy locations to go check out if you’re touring southern locations. Colorado, though, has its own history that isn’t typically talked about when discussing American history. Slaves lived there too, especially along Riverdale Road. It’s said that on some nights, you can see their bodies hanging from the Cottonwood trees if there’s a full moon out.

Painting is a common activity enjoyed by children of all ages, but it stops being fun when that red paint isn’t actually paint at all. There’s a spirit that dwells along Riverdale Road that used to be a young boy. While on his way to school, he got hit by a car. Now he paces the street restlessly at night, smearing his bloody handprints on every street sign as he walks by them. By morning, the prints are always gone.

6. A Phantom Camaro Patrols the Road

The issue with Riverdale Road that led to its haunted history is that it has seemingly endless blind corners. If a driver is in a rush, those blind corners can result in death. One driver in the 70s was zipping down the road, impatiently testing fate with their gas pedal, when they had a fatal crash. Now if you drive down the street during the night or day, a phantom Camaro with one working headlight might pull up behind you, challenging you to a race with no happy ending.

Almost everyone grows up being told that if you ever see someone on the side of a road with their thumb out, they’re asking for a ride and that you probably shouldn’t give them one. You never know who or what could be jumping into your car. For those who felt compassion for the young woman in white who walks Riverdale Road at night, they’ve pulled over and had quite the experience. As soon as they open the passenger door, she disappears, leading you to ask what she really wanted.

The thing about Riverdale Road is that it isn’t just the road itself that’s haunted, it’s the area of land that it cuts through. For hundreds of years, there have been stories about Native American shapeshifters roaming the land, so now they appear on the road. They can take different shapes and communicate with people in their own ways, so if you plan to visit, be on the lookout for any unusual activity. It could be shapeshifters playing tricks on you.

Some people get a kick out of being scared, which is why things like haunted houses exist. There’s a thrill that comes from being surprised and scared all at the same time, but only to a certain degree. Take the scariness up a notch and things go from fun to downright terrifying. Places like Riverdale Road have a history of scaring people beyond what they came there for. There’s so much living lore clawing its way towards people who drive through that you might want to watch your back if you plan to visit.

14 Facts About The Beast Of Bray Road, The Creepiest ‘Animal’ You’ve Never Heard Of