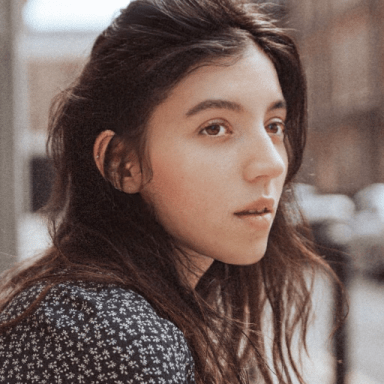 More than something we achieve, success is something we build. And we do so by adopting specific thought processes and building a resilient mind. One right mental shift after the other. By changing the way we think, we change the way we see the world, and therefore the way we act and interact with it.

Eventually, we may measure our success with numbers, figures, and percentages, but what defines a successful person is first and foremost the quality of their thinking, and therefore of their outcomes. Success is not about what we achieve. It’s about what comes before that.

These are eight mental shifts you must adopt if you want to become your most successful self. They may be uncomfortable, but they are necessary.

If someone can start a business, grow an audience, or move forward in their career, so can you.

The best thing you can do to set yourself on the right path to success is to acquire new skills and information. This is what everyone tells you to do. This is the way you invest in your most precious asset: yourself.

However, as much as you need adequate knowledge to move forward if you are serious about your personal and professional growth—more than merely accumulating information — you must get familiar with the principle behind skill acquisition, which is humility.

The only thing you should be certain about is that you don’t know enough or as much as the person you are talking to.

The most successful people see themselves not as experts, but as students. They don’t assume they can work with what they know—they are certain they don’t know enough. Which is exactly how they eventually step out of mediocrity and achieve excellence.

2. Take No As A Gift, Rather Than A Failure

Instead of thinking about rejection as a door closed forever, see it for what it is: a momentary closure. More often than not, rejection is an opportunity for growth.

When something fails or ends, it’s usually because it wasn’t the work you were supposed to do. Your attachment to it is nothing but a matter of security: you see rejection as the end of one way you imagined your future to be, when in fact it’s just a hint that there are many other ways.

The sooner you understand this, the sooner you can stop taking no as an offense or a judgment and start seeing it as an opportunity to adapt and get into better alignment with your vision.

3. Instead of Accepting Everything, Start Asking Questions

What if you stopped resigning yourself to the way things are and started asking questions instead?

What if instead of accepting any system as something you can’t change, you started wondering how it could be improved instead?

Ask yourself and the people around you why something is the way it is? Who is benefiting and who is suffering from it? Is there anything you or someone else can do to change it?

That job offer says Austin-based candidates only and you live in New York? Instead of crossing it off your options just yet, argue your way why you are their best choice, even if you don’t live in Austin.

It may require time, but questioning is the first step toward knowledge and change. Asking if something can be changed or improved is what eventually leads to an actual change.

4. Ask Not For A Second, But For A Fourth Opinion

One of the fundamental building blocks of success is sharing your work with who is more knowledgeable, skilled, or talented than you. By doing so repeatedly, you adjust to higher standards you wouldn’t even be able to envision by yourself.

Every successful CEO, entrepreneur, or artist has a team of highly-skilled people around them they can turn to for correction, feedback, and opinions.

The importance of this process of extensive revision is not just the willingness to perfect and sharpen your craft. It is, most importantly, an exercise of humility.

When you seek advice from more than one person, you become used to being corrected and criticized. This is essential to build resilience and mental strength. This is how you learn to leave the ego behind, so you can focus on what really matters.

The most successful people didn’t have it easy. They sought advice and asked to be criticized, not once, but many times, so they could learn to be better learners.

5. Instead of Trying To Do As Much As You Can, Do Only The Work That No One Else Can Do

When you spend your workday trying to cross off as many tasks as you can from your to-do list filled with chores and errands, you are not doing the work that is going to move you forward in your career.

This is why delegating the least important tasks is crucial at some point. You can’t work effectively if you don’t have someone to help you out.

Save for yourself the work only you and no one else can do and leave the rest in the hands of an assistant if you can.

The work that will get you farther is the work you can do without distractions and without feeling burned out because there’s too much to do.

6. Instead of Making Lists, Make Plans

One of the most abused tools of any young entrepreneur or anyone seeking more success and structure into their life is making lists.

Lists may leave you feeling more organized, but they don’t move you further. When you make a list, you feel the urge to cross every task on that list off, and more often than not, you end up overlooking what really matters.

A plan, instead, gives you the blueprint you need to succeed. It ensures certain deadlines are met, work is structured, and nothing is left unattended.

A plan can be a simple map of your week or a detailed checklist of your morning routine. It can be outlining your goals and taking note of the steps it will take you to achieve them or it can be deciding what to prioritize and why.

A plan could be there so you can follow it rigorously, or it could be more of a safety net you can fall into if you lose your way. Either way, having a plan is essential.

Because having a plan gives you a solution, something to go back to if things go wrong or if you don’t know what to do next. You may decide not to follow it, but knowing it’s there if you need guidance will make you more efficient.

7. Instead of Rewarding Your Efforts, Reward Your Outcomes

Just because you have been working hard or for a long time on something doesn’t mean it’s good. Wanting something to work out doesn’t make it successful.

To level up your life and your success, you need to get honest with yourself on what works and what doesn’t. Decide what brings in real results and prioritize that. Everything else should either get dismissed or left to be reviewed when there’s time for it.

As much as you love that chapter, if it’s not serving the story, it must go. As much time you spent redesigning your website, if it’s not user friendly, it needs to be redesigned again.

Focus on progress and outcomes, and your efforts will be rewarded in the end.

One of the most, if not the most, important building blocks of any sort of success is releasing yourself from any limiting belief you may have.

Because that’s how we get unstuck and move out from where we are to where we dream to be. By taking small steps and taking small risks. One after the other.

You could bring anything into your life as long as you can think of ways you could do that. Action is how we ensure and reinforce success, but thinking is how we generate action in the first place.

Above all, do not underestimate the power of even the tiniest mental shift. Your life is a reflection of your mindset. Level up your thought processes and everything else will rise to meet the new standard.

Marianna is a writer, poet, and visual artist.