Skip to content
By Jerome London Updated February 3, 2021
Wikipedia
For three sweltering days in July 1863, Pennsylvania’s Gettysburg battlefield hosted the bloodiest military conflict in American history. After the smoke had cleared, over 7,000 men were dead and 50,000 were injured. Countless soldiers never received a proper burial. According to multiple accounts, the ghosts of the dead have never left.
By Jerome London Updated February 3, 2021
Wikipedia

Even the visitor’s center at Gettysburg National Park has seen multiple ghost sightings. People report hearing the sounds of battle and the cries of soldiers.

Here are 14 different locations in Gettysburg that have been the site of paranormal experiences.

This was the site on the battlefield that saw the bloodiest conflict on July 2, 1863. Many visitors report hearing war drums and gunshots. Others claim that unseen forces will grab items from their hands. According to multiple witnesses, a barefoot man wearing a floppy hat will appear out of nowhere and say “What you’re looking for is over there” and then point to Plum Run. He will then either disappear immediately or hang around to chat. But when visitors take pictures with him, he never appears in the shot.

Despite the battles that roared through the tiny rural town of Gettysburg, only one civilian died in the conflict—Jennie Wade, felled by a stray bullet that passed through two doors and struck her in the back while she was mixing dough to make biscuits. Visitors report hearing Jennie and several children roaming the house. Some have said they distinctly felt sudden rushes of cold air and the sensation of little children grabbing at their legs.

As the story goes, three Confederate soldiers who had deserted their unit during the Battle of Gettysburg were hanged from Sachs Bridge as punishment. Visitors say they have seen strange mists and apparitions appearing in photographs. Others have said they hear horses and cannon fire. Still others say they smell cigar smoke and feel someone touching them—even though there’s no one there.

The hotel was used as a hospital during the Battle of Gettysburg. It is reportedly haunted by a Civil War nurse named Rachel who wanders the rooms and digs through the guests’ drawers and luggage, often taking out clothes for them to wear. Other spirits that allegedly haunt the hotel include a wounded Union soldier named James Cuthbertson and a lady who dances in the ballroom.

The college was also used as a hospital for both sides during the war. The most horrifying haunting story to come out of the college originated in the early 1900s. Two female employees say they got into the elevator and pressed their chosen floor, only to be whisked down to the basement, where they witnessed a gory Civil War operating room where doctors were frantically working on wounded patients. As one of the doctors noticed them and started walking toward them, the elevator suddenly brought them above ground again. When they returned to the basement, the gory hospital scene had vanished.

Originally built in 1810, the inn was used to shelter Confederate snipers during the Battle of Gettysburg. There are still 100 or so bullet holes visible in the building’s brick walls today. People report hearing noises coming from the attic and singing coming up from the basement. They report feeling a presence on their bed at night and seeing flashes of apparitions in the corner of their eyes. According to locals, over a dozen spirits still haunt the house. These include a midwife nurse, several Confederate soldiers, and an eight-year-old boy named Jeremy who’d been killed in front of the house after a horse ran over him. 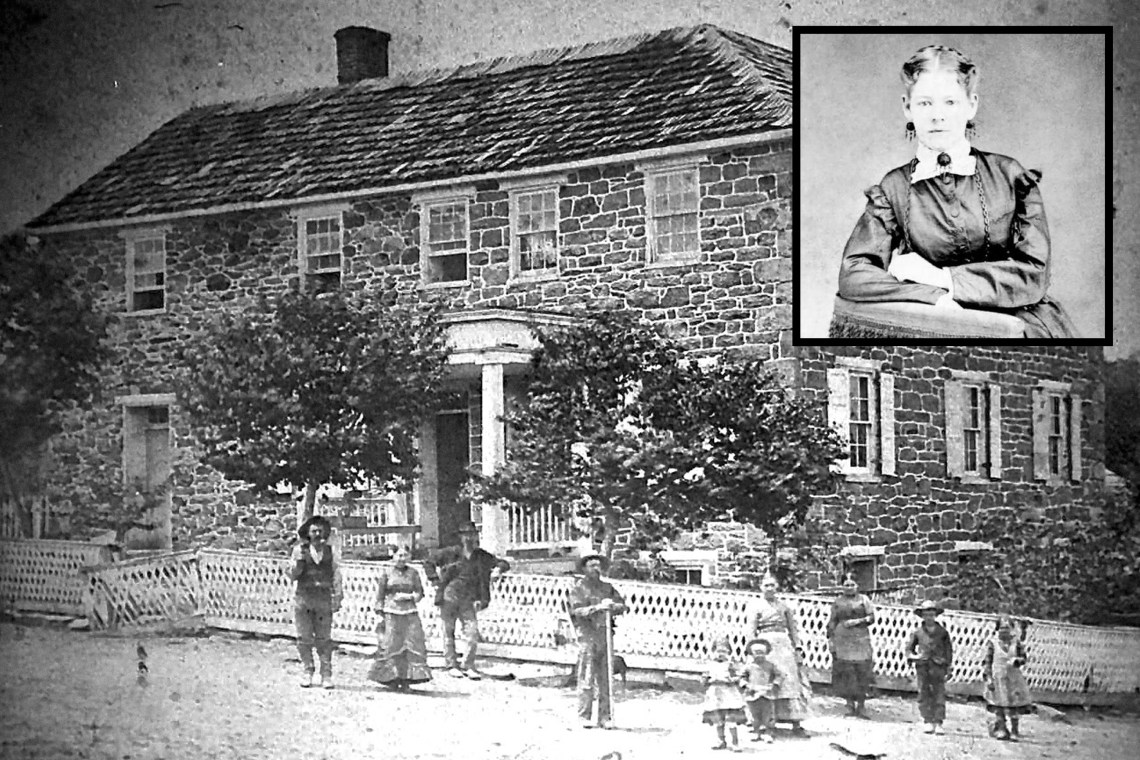 Tillie Pierce was known for writing a book that described her experiences during and after the Battle of Gettysburg. She had been a teenager during the battle and had been dragged into nursing and caring for injured soldiers, causing her to witness several amputations and several other horrific manifestations of war. Many guests report seeing a soldier walking down the stairs, entering the inn’s Blue Room, and then quickly retreating. Others report hearing footsteps walking above them in the attic.

According to witnesses, blood splatters often appear on the tavern floor and then disappear. The building is also allegedly haunted by the spirits of former slaves.

Used as a field hospital for the Confederate Army, the farm was the site of often brutal slapdash amputations and surgeries performed without anesthesia. According to witnesses, the ghosts of General Isaac Ewell and thousands of his soldiers still haunt the farm. 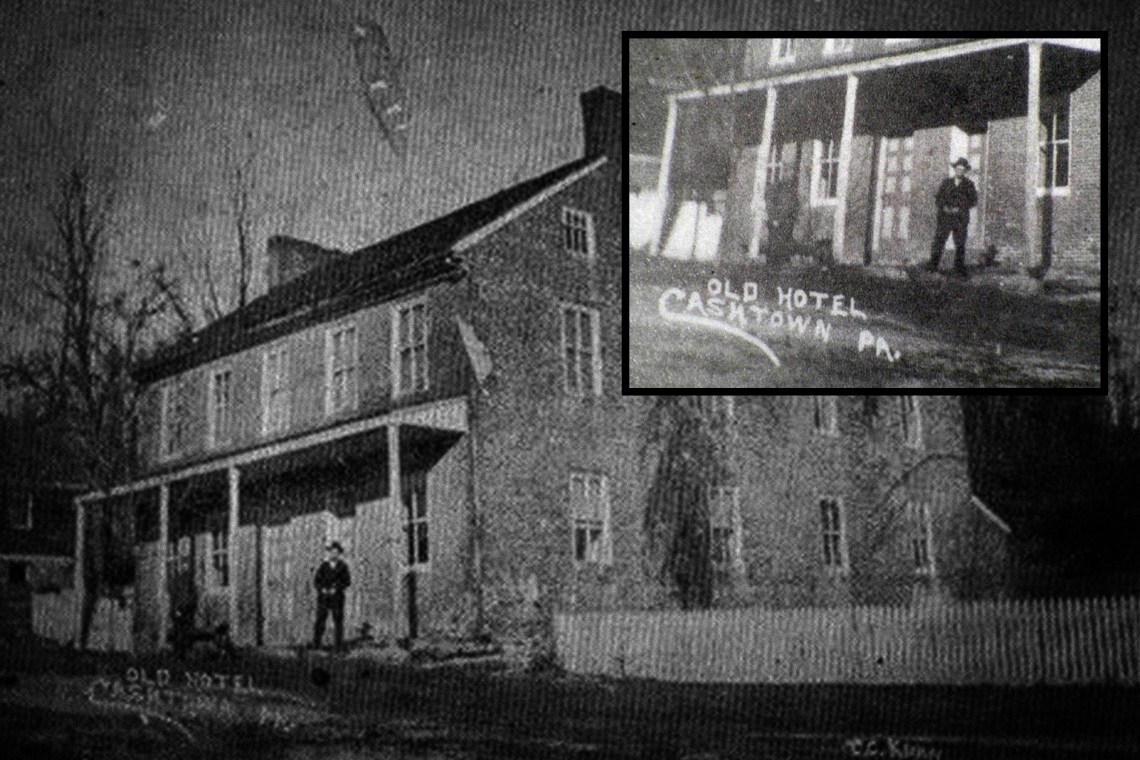 According to the inn’s owners, they have photographs dating back to 1987 that clearly depict odd balls of light and skeletal figures. Guests to the inn have reported returning to their rooms after a day of sightseeing to find their suitcases completely packed. Others report hearing thumping doors, seeing lights turning on and off, and doors locking and unlocking themselves.

Staff and visitors report a cornucopia of odd phenomena occurring at what served as Robert E. Lee’s home base during the Battle of Gettysburg. These include the hotel’s front door opening on its own, objects moving around in the office, 75-pound laundry carts moving themselves, lights going off and on, and the sound of gunshots striking the building. 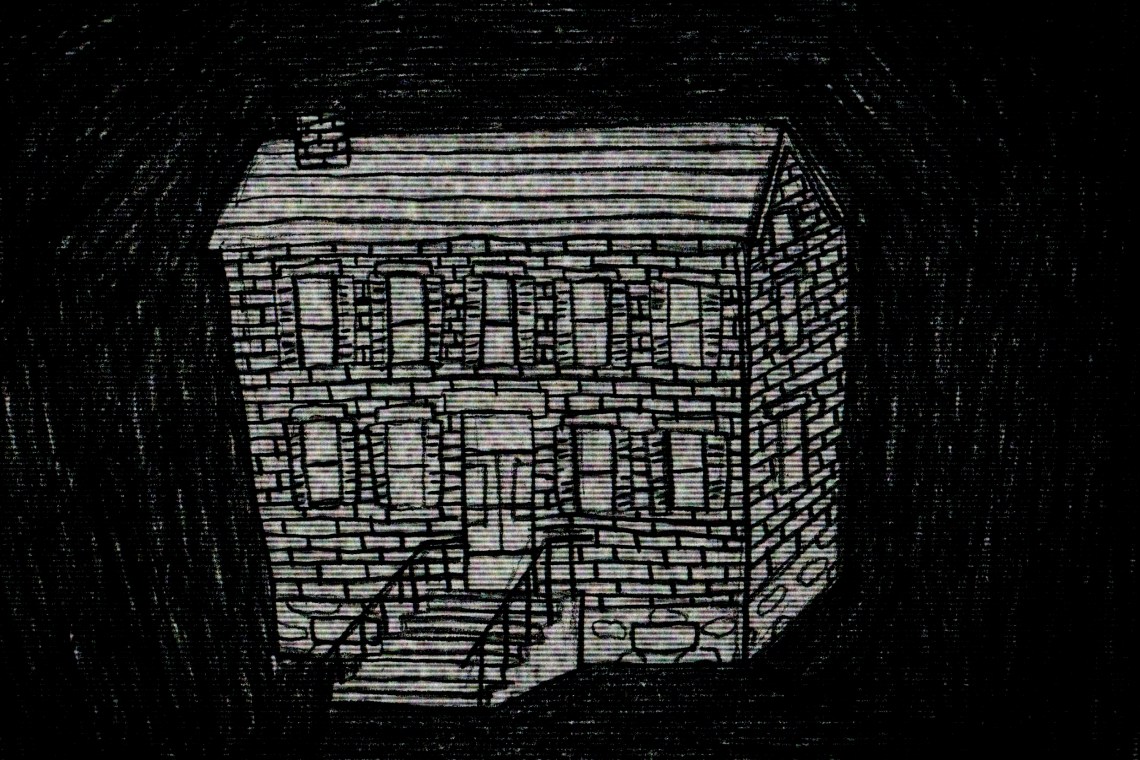 This building served as a Union hospital during the second day of the Battle of Gettysburg. Guests often report encounters with ghosts, and according to one psychic, the inn is haunted by the ghosts of Confederate soldiers who are buried beneath a nearby tennis court.

Tourists can take a 90-minute ride across the actual battlefield. Passengers report smelling cigar smoke and seeing the souls of soldiers roaming on and around the train tracks.

During the filming of the 1993 film Gettysburg,, extras say that an old man wearing a ragged Uniform approached them and talked about how intense the battle had become. He reportedly smelled like sulfur gunpowder and handed them spare rounds of ammunition. They assumed he was an extra like they were, but when they showed the ammunition to production assistants, it turned out that he had given them original ammo from the 1860s.