The Fear Of Small Clusters Of Irregularly Patterned Holes Or Bumps

Do you feel a little bit uncomfortable looking at this picture of a lotus seed plant? Does it trigger some deeply queasy response in your gut?

If so, you aren’t alone—an estimated 15% of people have “trypophobia,” which is a medically unrecognized disorder involving a deep disgust at the sight of irregularly patterned clustered holes or bumps.

I am definitely among that 15%. I don’t know what it is about that picture that makes me feel slightly sick, but to me it looks like that plant has some sort of disease that’s slowly eating it from the inside-out.

Is This Actually A Real Medical Disorder?

No—at least not yet, but a sufficient number of people suffer from it that it might be classified as a disorder soon. The term “trypophobia” does not appear in the DSM and is only thought to have been coined on a message board in 2005. But it’s become a social-media meme as people gather together to discuss exactly what it is about clusters of holes or bumps that makes them squirm. The same people who are triggered by the lotus-seed plant might also find discomfort looking at pictures of… 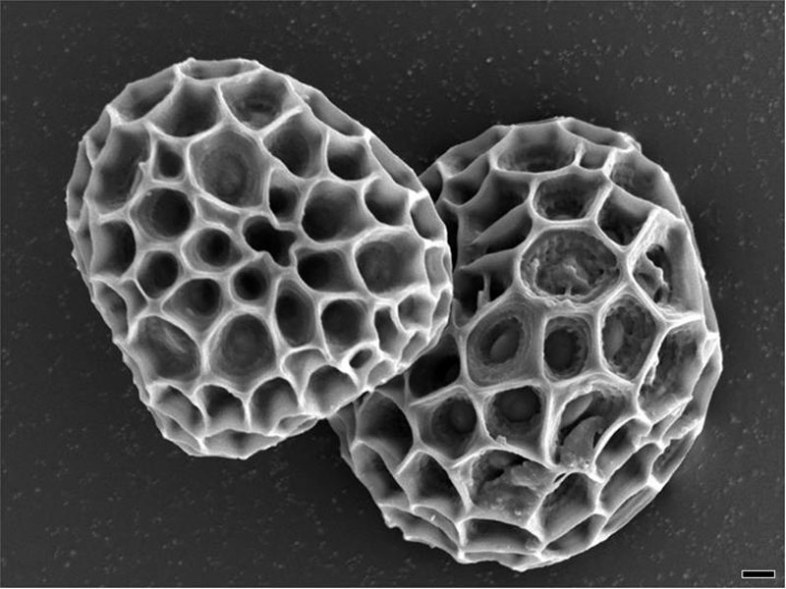 Trypophobes Describe Their Gut Reactions To Such Pictures

It just itches, shivers and gives me goose bumps all over my body.

It disgusts me, and makes my skin crawl, kind of makes me want to rip something up….I can’t say I’ve ever experienced being anything more than slightly uneasy with it in real life; both occasions were when I was a child. Once with a chocolate bar with bubbles in, the other time with a crumpet… Never been bothered about either really since childhood, but when I google stuff linked to this it makes me really, really, disturbed/disgusted/freaked out.

i have always had this dislike of certain repetive patterns and stuff with holes in especially skin literally makes my skin crawl and feel sick. The Dove advert particulary freaks me out. I was just sat at my desk and a pattern caught my eye which triggered a reaction. So i googled phobias and came across the word Trypophobia. there were some images the honeycomb and coral were uncomfortable. Then there were pics of holes in skin with stones or something. Made me really feel ill, shivers down the spine, hairs on the back of neck stood up. Heart even started to quicken.

I was curious about this so I googled it and it freaked me out so much I had to lie down! I felt sick, my heart raced (It’s still going after 10 mins!), my hands and feet are buzzing, and I’m still shaking. That was a really horrible way to find out you’re trypophobic, lol.

I googled it too, just out of curiosity, and now I can’t get these images out my mind! I’m not usually bothered by “holes”, but anything visually related to organs, blood and the inside of bodies tend to disturb and disgust me. The images I saw on google remind me of childhood nightmares…

There was an image of a strawberry without seeds on facebook and a comment said “you have trypophobia. don’t google it.” so of course I googled it and it was a horrible mistake my skin is crawing and feels itchy and I just can’t get this images out of my mind…I have never been disturbed by holes before but all the ones with the lotus seeds on the skin are soooo groooossssss.

Since it isn’t even officially recognized as a disorder, there is scant medical literature on trypophobia. In 2013, researchers Geoff Cole and Arnold Wilkins released a paper called “Fear of Holes” where they tried to get at the root of exactly why such images evoke primal disgust in people. When one of their research assistants expressed disgust at the sight of a blue-ringed octopus…

…researchers felt they had found a clue. The blue-ringed octopus is poisonous to humans. So are other animals such as the Brazilian wandering spider, the deathstalker scorpion, the king cobra snake, the stonefish, the box jellyfish, the marbled cone snail, and the pufferfish. What they all share in common are patterns on their body that are similar to the irregular bumps on a lotus-seed plant or a honeycomb. Researchers concluded:

We argue that although sufferers are not conscious of the association, the phobia arises in part because the inducing stimuli share basic visual characteristics with dangerous organisms, characteristics that are low level and easily computed, and therefore facilitate a rapid nonconscious response.

“There may be an ancient evolutionary part of the brain telling people that they are looking at a poisonous animal” when they are looking at irregular clusters of bumps or holes, explains Geoff Cole. And his co-researcher Arnold Wilkins discovered that it doesn’t necessarily have to be concave “holes” that trigger the disgust—convex bumps can elicit the same response.

Wilkins also suggests that it may be inaccurate to classify this phenomenon as a phobia:

Trypophobia is more akin to disgust than to fear, and that the disgust is probably an overgeneralisation of a reaction to possible contaminants. The disgust arises from clusters of objects, and these objects are not necessarily holes, despite the name trypophobia.

So even though the medical community hasn’t yet officially recognized your deep disgust for photos of tightly clustered irregular holes, people are starting to notice that it’s a real thing. And since there’s no treatment for tryphoobia yet, we’d suggest that if you happen to find yourself tempted to look at photos of pomegranates or lotus-seed plants, you should resist that temptation because it’ll just keep creeping you out.