Does this picture scare the hell out of you?

Do you get a morbid sense of dread deep in the pit of your stomach when you think about how vast…and deep…and dark…the ocean is?

Have you ever had a nightmare where you’re standing on a beach minding your own business, when suddenly you look up and realize a hundred-foot tidal wave is cresting right over your head?

Does the thought of being surrounded by sharks and whales and giant squid and giant jellyfish and all sorts of ugly crabs and eels and glow-in-the-dark deep-sea monsters all adrift in an endless black watery expanse have you clutching your blankets and screaming out for your mommy?

If you answered “Yes” to any or all of these questions, you might suffer from thalassophobia. 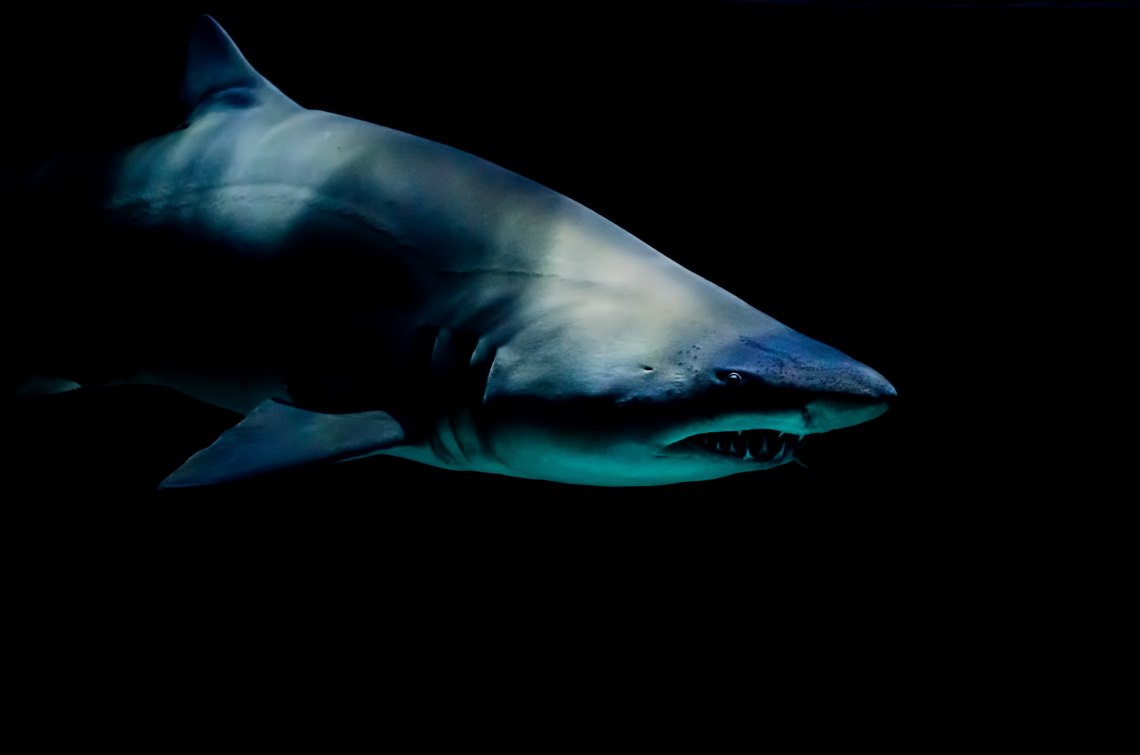 “Thalassophobia” comes from the Greek words thalassa (sea) and phobos (fear), and it generally refers to a deep, irrational fear of the ocean’s vastness and what may lurk deep within it.

It is different from aquaphobia, which is a fear of flooding and all bodies of water, even a bathtub’s worth. Hydrophobia is a basic fear of water itself and can be so intense that people are terrified of drinking any form of liquid. 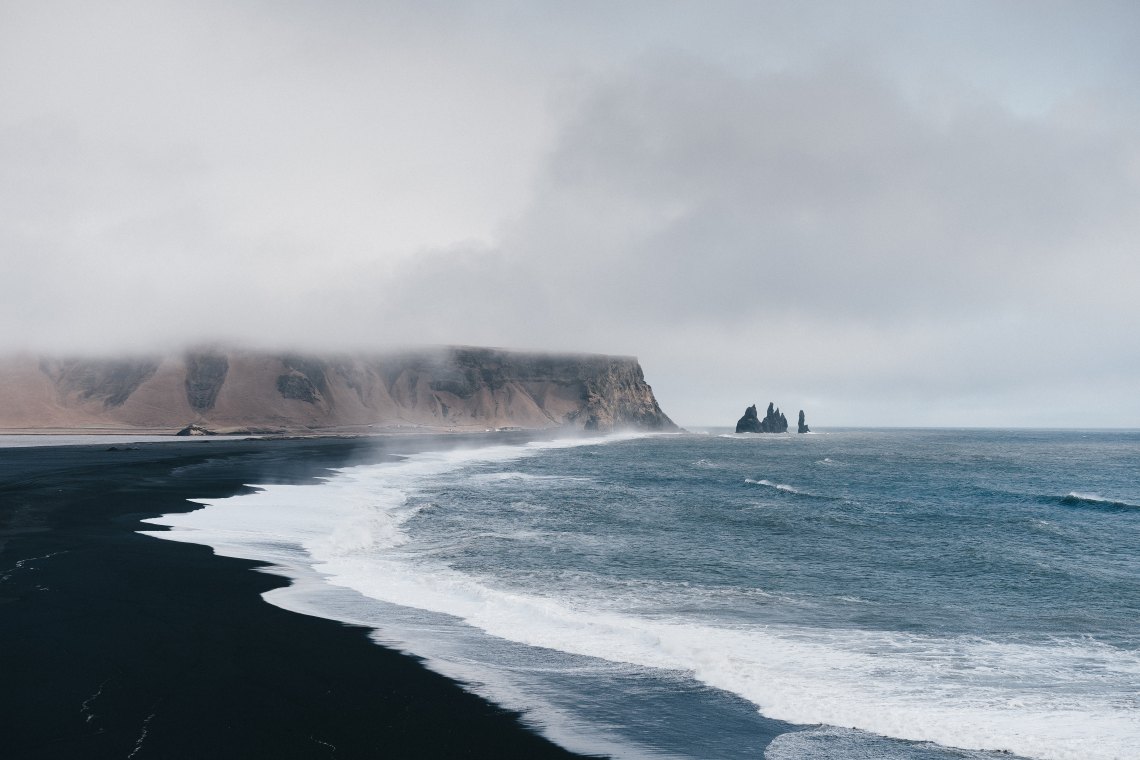 Let’s face it—aquaphobia and hydrophobia are crazy, but not thalassophobia. The ocean might as well be another planet and human beings have never explored most of it, so that is naturally scary.

In fact, over half of all adults are thought to have some form of thalassophobia. I have a confession to make—I have a SEVERE form. I have thalassophobia like nobody’s business. All of the fears I described in the first few paragraphs? I got ‘em all—and more!…

I get almost green with nausea at the thought of standing on a small coral reef and looking down over at a sheer 4,000-foot drop to the ocean floor. All that murky darkness. All those creatures that I can’t see but that are staring at me right now, I just know they are..

My butthole clenches at the idea of snorkeling a few hundred yards out from the shoreline, only to look down and see a forty-foot whale shark headed straight toward me. I don’t care that whale sharks only eat tiny plants—I don’t want to share the water with a living creature the size of a city bus, thank you very much.

I can think of few things more troubling than standing in shallow clear water and looking straight down the bottomless yawning chasm of an ocean sinkhole.

I would lose control of excretory functions if I were to be standing in a rowboat at the exact moment a sperm whale grazes underneath it.

I would rather eat my own head than dive to the bottom of that cold, cold lake in Scotland and make eye contact with the Loch Ness Monster.

I once read that the biggest tidal wave in history happened in Alaska and was 1,720 feet tall, and I hate myself for even making myself think about that again.

Nor do I want to think about the fact—but here I go again—that you could throw the Empire State Building into the Mariana Trench and it would sink for seven dark miles before hitting the bottom.

But more than anything, what fills my cells with primordial fear is the idea of being underneath the ocean’s surface, opening my eyes, and looking down into that awful, awful, pit of blackness.

What is thalassophobia? It’s a phobia I have.

Although a legitimately recognized psychological disorder, science has not yet pinpointed a direct cause for thalassophobia.

If you want to get all Freudian, a fear of dark, unexplored areas might signal a fear of one’s unconscious. As terrified as I am of the ocean, I’m not sure I’d want to spend too much time deep-sea diving in some people’s brains.

A more logical explanation would be some traumatic childhood event involving a body of water. Perhaps a near-drowning? Or even getting bitten by a baby crab at the seashore when you were making sand castles in kindergarten? Or maybe you weren’t the kind of kid who found the dancing killer whales at SeaWorld all that cute. Maybe you were observant enough to notice their giant teeth.

Some would say that legendarily terrifying books and movies such as 20,000 Leagues Under the Sea, Jaws, The Abyss, Titanic, and Moby Dick can cause mass public outbursts of thalassophobia. Whether or not that’s true, it certainly doesn’t help!

What are the symptoms of thalassophobia? 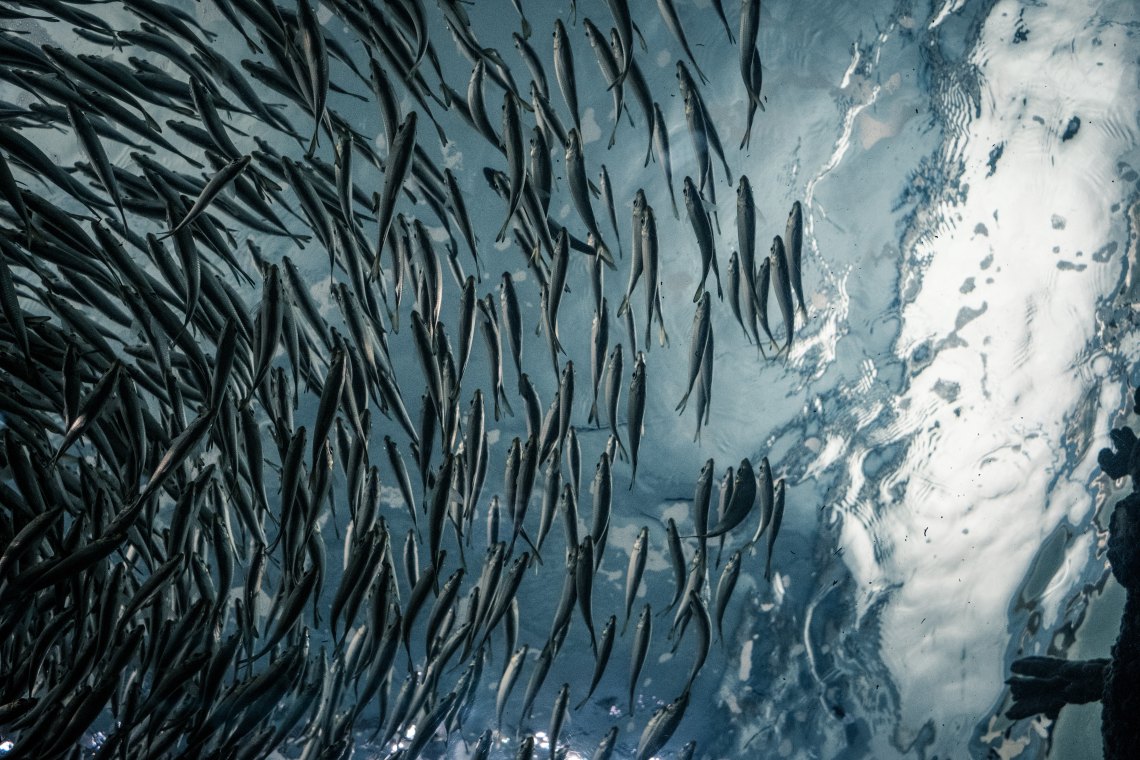 If anything I’ve described so far makes you feel a little queasy, that’s the surest sign that you might be a wee bit of a thalassophobe.

In more extreme cases, you might avoid large bodies of water altogether.

You might obsessively think of horrifying deep-sea scenarios and find yourself unable to brush them from your mind.

You might experience a rapid heartbeat, shortness of breath, and profuse sweating at the mere idea of a baby barracuda brushing up against you while you wade in shallow water down at the beach. In extreme cases, you might vomit, get dizzy, and launch into a full-blown panic attack.

On the Reddit group /r/thalassophobia, people with a morbid dread of the deep, dark ocean bond together and discuss exactly what creeps them the hell out about, well, most of the planet, since most of the planet is covered in water.

In a form of self-torture/shock therapy, they also post the skeeviest photos of giant whales and tidal waves and bottomless watery graves in what is superficially supposed to be a way of confronting their fears, but maybe they just like scaring themselves and can’t admit it.

Here are some of their firsthand descriptions of why the sea makes them feel sick:

“Probably something about the uncertainty of what is beneath you, full on knowing that there are things with teeth waiting to eat you alive. I call it the fish flake feeling.; where you’re just floating on the top of the surface waiting for some abyssal, abysmal beast to suck you into its fanged maw. —Maj391 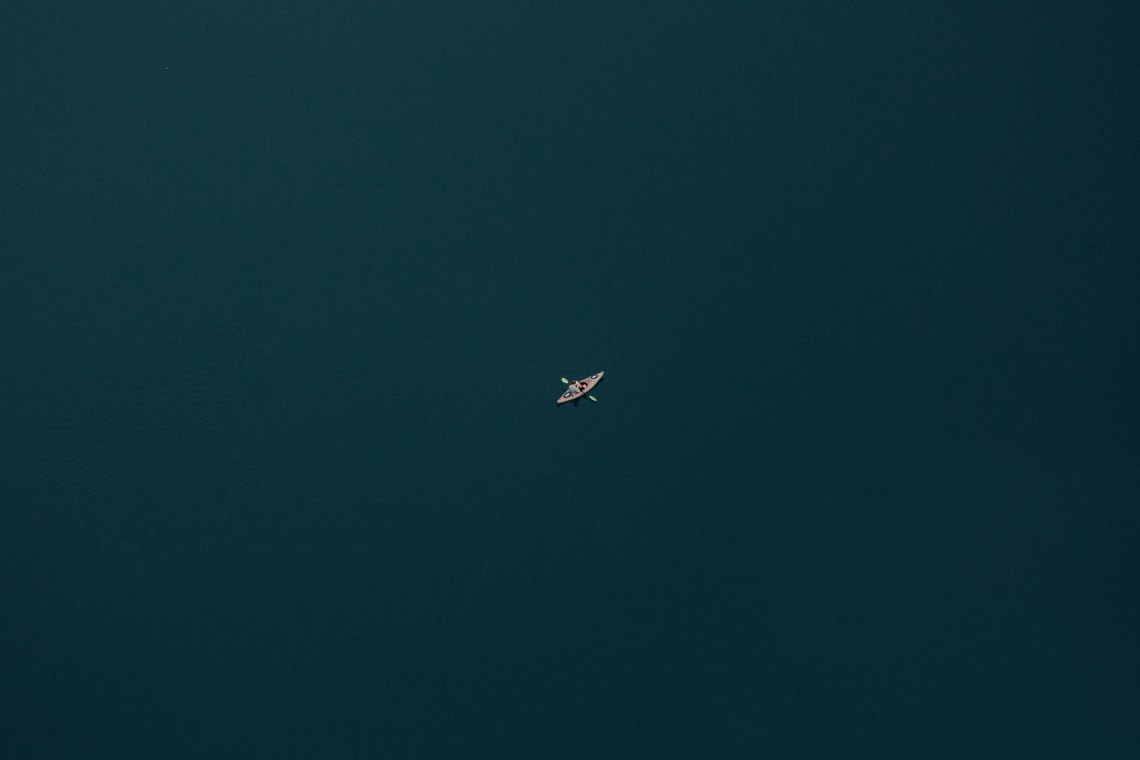 “I had a panic attack in the ocean too. A massive fish swam under me and my brother had to haul me out before I drowned. I also looked over the edge of the great barrier reef once while snorkling. do not recommend. —Sonja_Blu

“You know, most people here mention not being able to see the bottom but what really gets me some times is being at the bottom at say 20m or so and looking up and seeing the vast volume of water above you! —Freedive Expert

“If I can see in the water it really doesn’t bother me AND I think I could push myself to overcome most of it. Even if I can’t see the bottom as long as I got like 20ft vision or so I think I could hold it together. My worst fear would be to be stranded at night in the middle of the ocean. My mind playing tricks and imagining would be the issue. —MJDeebiss

“Not knowing what is beneath me but there being room for everything, Sharks and Orcas, the thought of being stranded via plane crash or cruise ship event, and large waves all make my legs tingly jello, my stomach flip and give me the heebie jeebie shivers. Yet, the fascination draws me to watch all of the above.” —SillsMain

“I’m a very strong swimmer, but if I’m in open water and can’t see the bottom, the panic overwhelms me. I’ve been snorkeling numerous times and I’m always terrified until I can force my face under to see the bottom. Then I’m totally fine, enjoying it even. Diver friends tell me of swimming through coral tunnels (nope), out over a drop (nope), diving where below you it just fades to dark (nope). The darker the water, the worse. I was coerced into going cave tubing once and it remains among my worst memories to this day. The thought of night scuba is too much to handle.” —Bigbuttress

Is there a cure for thalassophobia?

Although the word “cure” might be a little too optimistic, there are definitely treatments that can help people put their fear in check—and maybe even embolden them enough to go underwater cave-diving, but let’s not be unrealistic here.

Hypnotherapy involves hypnosis designed to get at the psychological root of one’s sea phobia. Over time, once the root is identified and targeted, it can be pulled. If you’re brave, maybe you’ll go snorkeling afterward in waist-high water. (Just don’t look out toward the horizon when you’re underwater. At least not yet.)

Neuro-linguistic programming involves retraining the mind to create a completely different response than fear to the dreaded stimuli. Who knows—after hundreds of hours and thousands of dollars of copays, you might even find goblin sharks to be cute! OK, not goblin sharks. They’re like the cockroaches of the sea. No, wait—there are giant, ocean-floor-crawling arthropods the size of beagles that look like cockroaches. More neuro-linguistic programming pronto, please!

Shock therapy, as with the aforementioned Reddit group where users post the most horrifying deep-sea images and videos they can find in an attempt to confront their fears head-on.

Plain psychotherapy to see what it is about your unconscious that frightens you so. What are you hiding, hmm?

Staying the hell away from the ocean. This is the one I use. Works for me!