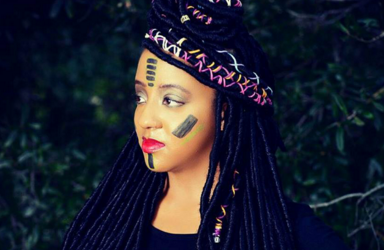 My name is Jasmin Pierre and I am a WARRIOR.

I fought in the heat of a serious battle. I have scars that are internal. Sometimes internal scars are even worse than physical scars. This battle lasted for seven long years and it nearly took my life. However I came, I saw, and I conquered. It was not easy in any sense. Let me tell you about a battle I fought called “Major Depressive Disorder”.

Major depressive disorder is a serious mental illness. However many still do not see it as such.

If you try to tell someone who hasn’t got a clue about depression, they will often times tell you…

You’re just going through a rough patch. Think more positive and be strong.

Don’t be weak. People have it a lot worse than you.

What they really should be telling you to do is

If the stress from depression doesn’t give them a heart attack or a stroke… they may take matters into their own hands and kill themselves. After all suicide is the tenth leading cause of death in the United States (Nami).

When I was diagnosed with major depressive disorder at age twenty I was in denial. I knew I wasn’t myself anymore but the social stigmas of mental illness scared me. People made fun of depression. Many even deemed those who suffer with it crazy. However, I wasn’t crazy. I was your average twenty year old. In college, working a part time job, looking for love in all the wrong places. Nobody knew how much I suffered.

Out of fear I refused help. I chose to keep suffering silently and alone for years until I could no longer take it. Darkness swallowed me whole. J.K. Rowling is one of my favorite book authors. If you’ve ever read a Harry Potter book you would know about “Dementors”. Dementors basically look like the grim reaper. A demon that wants to suck the happiness and life out of everything and everyone.

In the book people who get around Dementors even describe “I felt I would never be cheerful again”. This is exactly what depression feels like. This is exactly how I felt for so long. A week before my twenty sixth birthday I majorly overdosed on four prescription medications. While I should have died God decided to keep me here. I spent a week in the hospital.

At this point I was tired. Tired of suffering. Tired of being ashamed and afraid. So finally I decided to get help. I’ve been to therapist and have taken anti depressants in the past. However medication often times made me feel worse (even though for some people it works great).

I had to find alternative therapeutic methods to get me back or track. Such as writing and exercise. I also felt better when I talked about what was going on with me instead of keeping everything inside. That was my worst issue. I would hold everything in until I felt I would explode. That started to change.

I finally started to get my life back on track little by little… but it didn’t stop there. I never wanted anyone to feel afraid or ashamed of depression. Help was the answer to recovery. So I became an advocate. I shared my story on social media. I started posting facts and statistics to prove to others how serious this Illness really is. It started to get some attention.

People started reaching out to me. One of my videos reached over forty thousand people. As of now I am starring in a documentary called “The mask that grins and lies” by Martine Granby. It’s about three black women who have suffered from mental illness and are trying to live their day to day lives while combating the stigma of mental illness in society. This documentary is actually headed to the Tribeca film festival in New York this month.

I’ve also written a self help book that’s now available on Amazon called “A Fight Worth Finishing”. It’s all about my experiences with major depressive disorder and suicide. Also how I finally started my road to recovery.

This is why I am a WARRIOR. A battle that tried to take my life didn’t kill me as hard as it tried. I now fight for others still in the heat of the battle. A battle so many feel they will lose. However I’m here to tell them do not give up. Keep fighting because your life is worth living.

Jasmin Pierre is a 27-year-old mental health activist and author of the new self help book “A Fight Worth Finishing”.