What would a relationship be like between a Capricorn with another Capricorn? Would it be a good love match or are they better as friends or nothing at all? Let’s dive into the Capricorn and Capricorn compatibility for friendship and romance:

Capricorn is ruled by Saturn, the planet associated with karma, divine timing, and overcoming obstacles. Their symbol is of a mythological creature known as a sea-goat. The sea-goat represents success, determination, creativity, and productivity. The Capricorn zodiac sign is responsible, mature, respectful, and hardworking. They would never break a promise — they always mean what they say. As an earth sign, Capricorns are very ambitious, grounded, and dependable. As a cardinal sign, They are very productive and it’s common for them to turn into a workaholic. It’s difficult for them to strike a healthy work/life balance. As a cardinal sign, they like to take initiative. They are natural-born leaders.

Personality Traits of a Capricorn

Capricorns consider themselves realists, but they are pessimists. They expect the worst-case scenario to happen. They don’t trust people and have a hard time letting down their guard. They can come across as cold and condescending at first because they don’t like new people. However, once you get to know them, they are fun, compassionate people. They are overprotective of the people they consider friends. They tend to bottle up their feelings and lead with their head over their heart.

Although the Capricorn man won’t necessarily have love at the top of his priority list, when he is in a relationship, he will be quite loyal. He won’t outwardly show emotion or affection for his partner, but rather, he will do it through subtle, sweet gestures. He wants a partner who is practical and grounded like him. A Capricorn woman is very persistent and self-sufficient. She’s not the kind of woman who will rush into a relationship and it will take a while for her to let down her guard. However, when she does open up and enter a relationship, her love and loyalty will run deep.

If your moon sign is in Capricorn, you’re a homebody. You enjoy your own company, so you don’t mind staying single. However, you secretly long for connection. You have a big heart but you won’t give it away to just anyone or too easily. Once you find someone worth your time, you will commit to them for life. Nothing will pull you apart from them.

If your Venus sign is in Capricorn, you obsess over your work. You spend most of your time trying to accomplish your goals and rarely have any time for fun. Your social life suffers because you don’t put as much effort into your friendships as you put into your career. You might also tend to be materialistic at times too.

If your rising sign is in Capricorn, you appear well put together and successful. You also have a serious attitude that can intimidate some people. You will come across as shy and you’ll be quite selective when making friends. Even when you’re joking around, you keep a straight face. It’s difficult for others to tell when you’re being playful or when you’re insulting them. 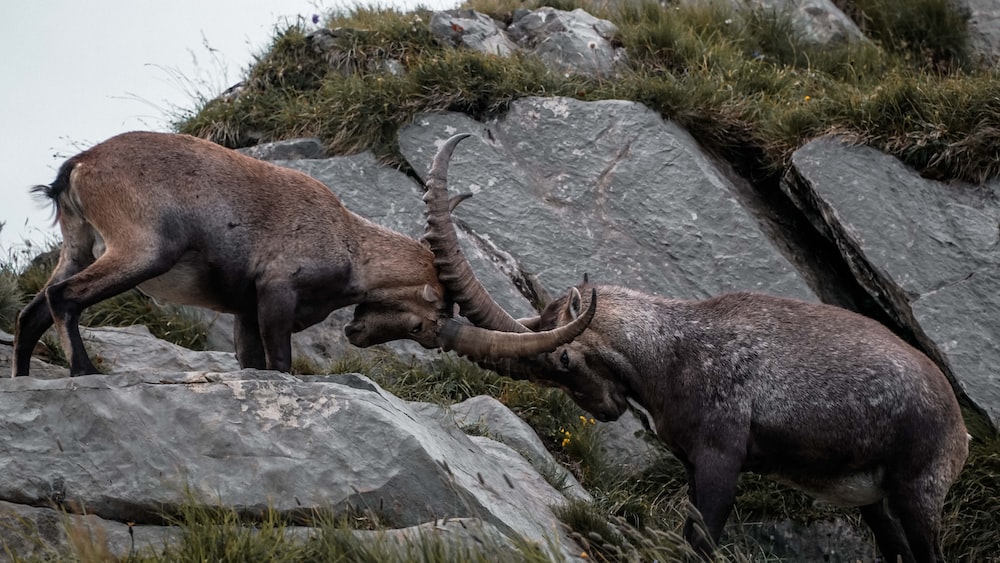 Capricorn and Capricorn know that nothing in life is free or easy. They appreciate hard work, and they could find themselves drawn to people who are on the same page as them. They both seem to value the same traditional things in life: respect, ambition, money, and financial stability and security, hard work, and achieving their goals. With their earth element, Capricorn and Capricorn will appreciate luxury items, and they will work the hardest–even if that means having to work together–to get them.

Capricorn’s ability to take charge and be the boss will evidently be a major flaw in their friendship. Thanks to their superiority complex, they will have a hard time trusting one another. They are the kind of zodiac sign to analyze and judge others too. Capricorn and Capricorn will understand each other well and will sometimes feel as if there’s no need for communication to work things out…even if there is. They will find that they agree on most things, but when it comes down to working together and making decisions, they will have a hard time agreeing on who should be in charge.

When Capricorn and Capricorn fall in love, you will see it through their energy and the way in which they care for each other. This sign wants to have security in any relationship–especially financial security–and with that, they will be great at taking care of business and the family. They have ambition and feel a sense of responsibility to take care of their partner, family, and children. They want to be the boss. They will find that they feel more dedicated to their shared responsibilities than anything else in the romance. Evidently, this will evidently cause some arguments because Capricorn is a cardinal sign, meaning they want to take initiative and be in charge.

Capricorn and Capricorn: Relationship Compatibility With Capricorn or Capricorn

While a partner of the other zodiac signs might awaken their sexual side, two Capricorns will just be, well, somewhat boring. They aren’t really in tune with the romantic aspects of a relationship: they’re not big on PDA or talking about their feelings, really. However, these two Capricorn partners will find that they are still a good match. They are very dedicated to one another and making the relationship stable and long-term (if that’s what they both want).

This kind of Capricorn match will be quite compatible! These two will find that there’s a unique connection between them. They might find they want to spend time together, preferably in nature, and doing something that is interesting and beneficial to both of them. They love being able to create something that brings value and money. They will be hesitant to talk about their feelings, despite knowing that communication will be best for their relationship.

This Capricorn match will deeply value responsibility and taking care of one another. They will both put effort into the relationship to make sure they are living a luxurious–yet financially stable–lifestyle, together. Ruled by Saturn, these Capricorn partners will keep their emotions a secret most of the time, but if they can release their suppressed feelings and talk with their partner about it, they could find that they’re more compatible than they thought.