There is something so fun about a good ol’ brain-teaser. Although an easy riddle is so good for kids, tricky riddles and challenging brain teasers are great for teens and adults looking to elevate their logical thinking skills and cognitive abilities. Here is a collection of some of our favorite tricky riddles (with answers) that will really have you searching your brain for the answers.

If you want to test the smarts of your students, throw one of these hard riddles their way. These riddles aren’t ideal for kids looking for something simple. Some of these be a bit too hard for them. Most of these are tricky riddles for adults and teens looking for a challenge and wanting to share with their friends.

A good riddle is one that really makes you think, one that uses the depths of your brain in search of the answer, one that makes you say, “You know what? I don’t know. What’s the answer?” If you’re looking for fun, yet tricky riddles (with answers), then you came to the right place. 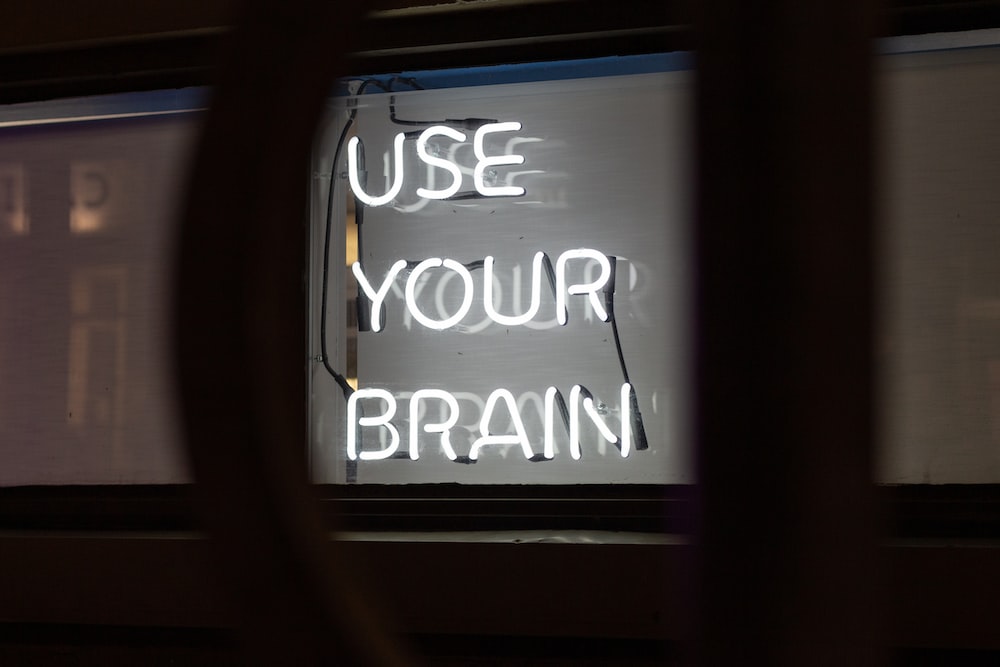 Some Tricky Riddles For Kids

Here are some tricky riddles and brain teasers that could be suitable for kids wanting to challenge themselves to get the answers. Some of these riddles are math-related, so they may be good to share in a classroom as learning techniques.

A monkey, a squirrel, and a bird are racing to the top of a coconut tree. Who gets to the banana first” the monkey, the squirrel, or the bird?

There are no bananas at the top of a coconut tree!

Joe has ten coins totaling $1.19. From these coins, he cannot make exact change for a dollar, half-dollar, quarter, dime, or nickel. What are the coins?

A half-dollar, a quarter, four dimes, and four pennies.

What word is pronounced the same if you take away four of its five letters?

If you multiply me by any other number, the answer will always remain the same. What number am I?

Which word in the dictionary is always spelled incorrectly?

If there are three cups of sugar and you take one away, how many do you have?

One cup of sugar. 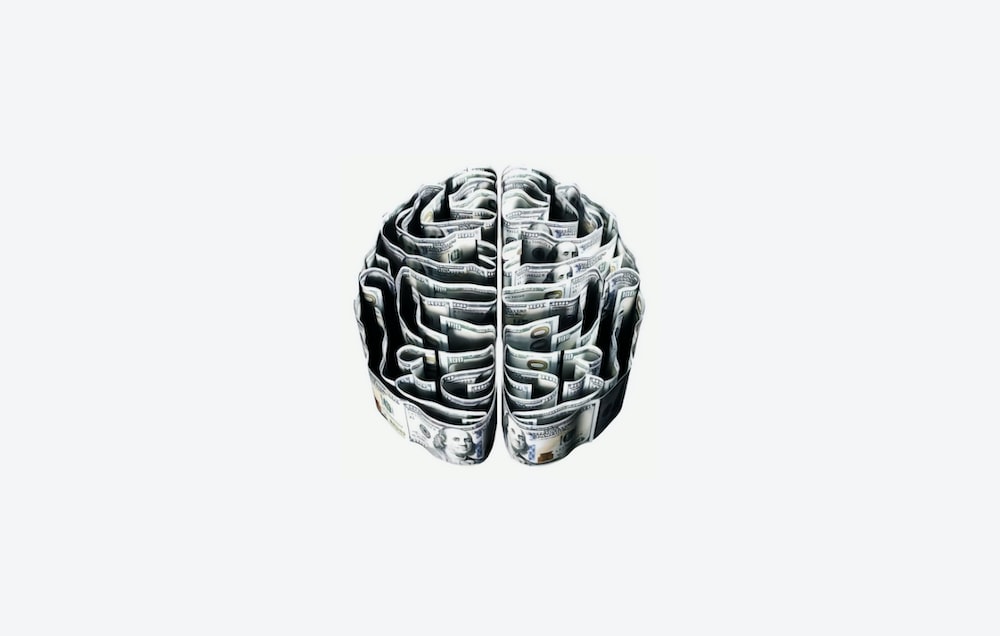 You walk into a room that contains a match, a kerosene lamp, a candle, and a fireplace. What would you light first?

A plane crashed between the border of Canada and America. Where do you bury the survivors?

They are survivors, you don’t bury them.

In a bus, there is a 26-year-old pregnant lady, a 30-year-old policeman, a 52-year-old random woman, and the driver who is 65 years old. Who is the youngest?

The baby of the pregnant lady.

What has thirteen hearts but no other organs?

A deck of cards.

The engineer is the boy’s mother.

How can you drop a raw egg on the concrete floor without cracking it? 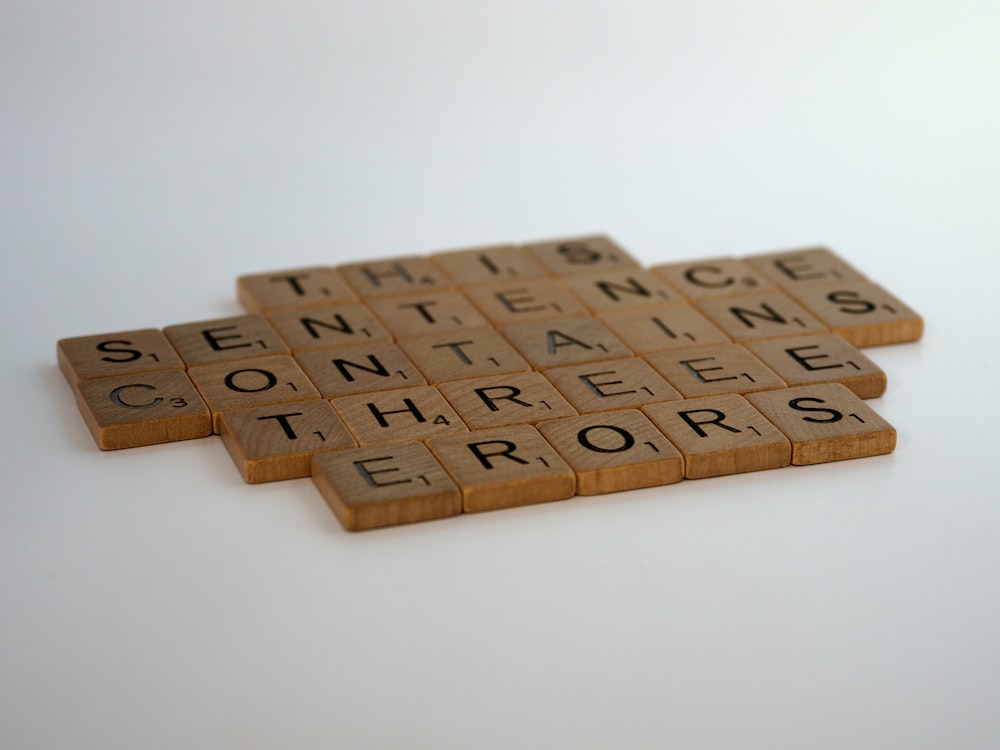 Tricky Riddles About Words (With Answers)

What five-letter word stays the same when you take away the first, third, and last letter?

We hurt without moving and poison without touching. We bear truth and lies but are not judged by size. What are we?

My first is in chocolate but not in ham, my second’s in cake and also in jam, my third at tea-time is easily found, my whole is a friend who’s often around. What am I?

Which English word is the odd one out – Stun, Ton, Evil, Letter, Mood, Bad, Snap, Straw?

I occur twice in eternity, and I’m always within sight. What am I?

What occurs once in a minute, twice in a moment, and never in one thousand years? 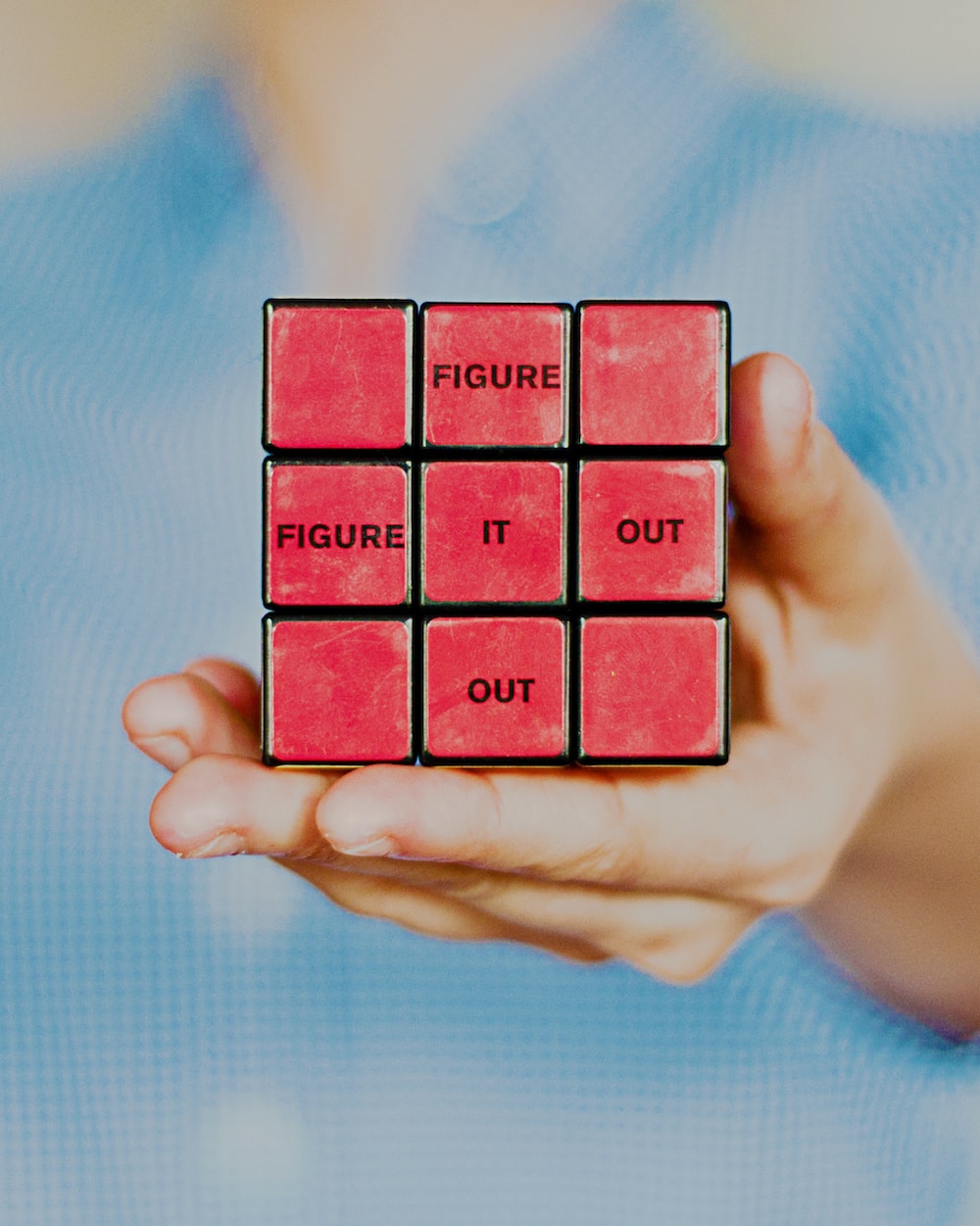 A man is found murdered in his office. The suspects are Peter, Julie, Jason, Molly, and Brian. In the office is a calendar with the numbers 6,4,9,10,11 written in blood. Who is the killer?

He waits until nighttime and then goes through the first door.

A murderer is condemned to death. He has to choose between three rooms: the first is full of raging fires; the second, assassins with loaded guns, and the third, with lions who haven’t eaten in years. Which room is the safest?

The room with the lions because the lions are already dead.

A woman is sitting in her hotel room when there is a knock at the door. She opened the door to see a man whom she had never seen before. He said, “Oh I’m sorry. I have made a mistake. I thought this was my room.” He then went down the corridor and in the elevator. The woman went back into her room and phoned security. What made the woman so suspicious of this man?

You don’t knock on your own hotel room door! 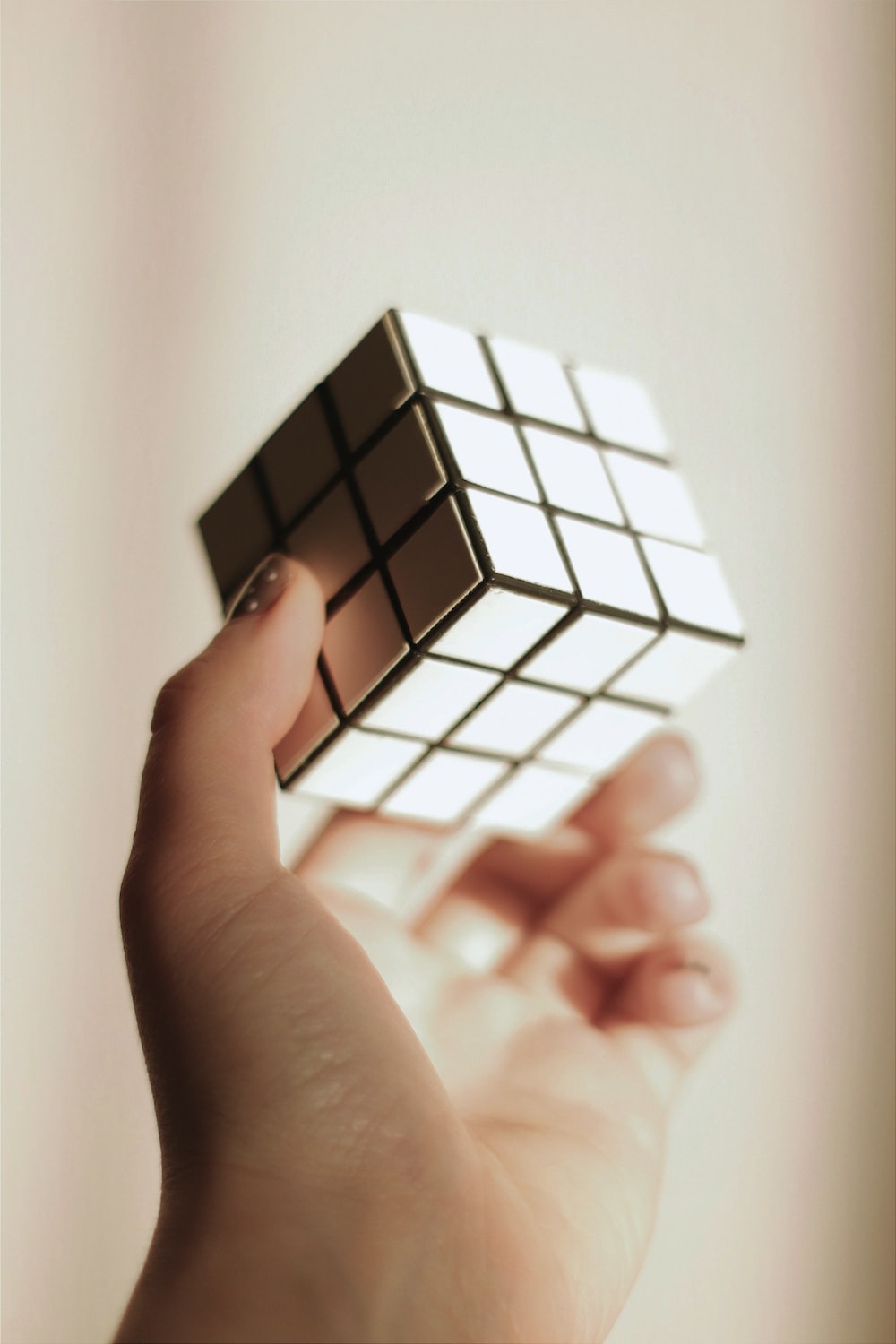 Two girls were born to the same mother, on the same day, at the same time, in the same month and year, and yet they’re not twins. How can this be?

The two babies are two of a set of triplets.

Poor people have it. Rich people need it. If you eat it you die. What is it?

What is something you can keep after giving to someone?

What is so fragile that saying its name breaks it?

You always find me in the past, I can be created in the present, but the future can never taint me. What am I?

Two fathers and two sons are in a car, yet there are only three people in the car. How?

They are a grandfather, father, and son.

When I am alive I do not speak. Anyone who wants to, takes me captive and cuts off my head. They bite my bare body. I do no harm to anyone unless they cut me first. Then I soon make them cry. What am I?

Soldiers line up, spaced with pride, two long rows lined side by side, one sole unit can decide if the rows will unite or divide. What is it?

What can go up a chimney down, but can’t go down a chimney up?

A woman shoots her husband, then holds him underwater for five minutes. Next, she hangs him. Right after, they enjoy a lovely dinner. Explain.

She took a picture of him and developed it in her darkroom.

A man is asked what his daughters look like. He answers, “they are all blondes, but two, all brunettes, but two, and all redheads, but two.” How many daughters does he have?

Three. One is blonde, one is brunette, and one is a redhead. 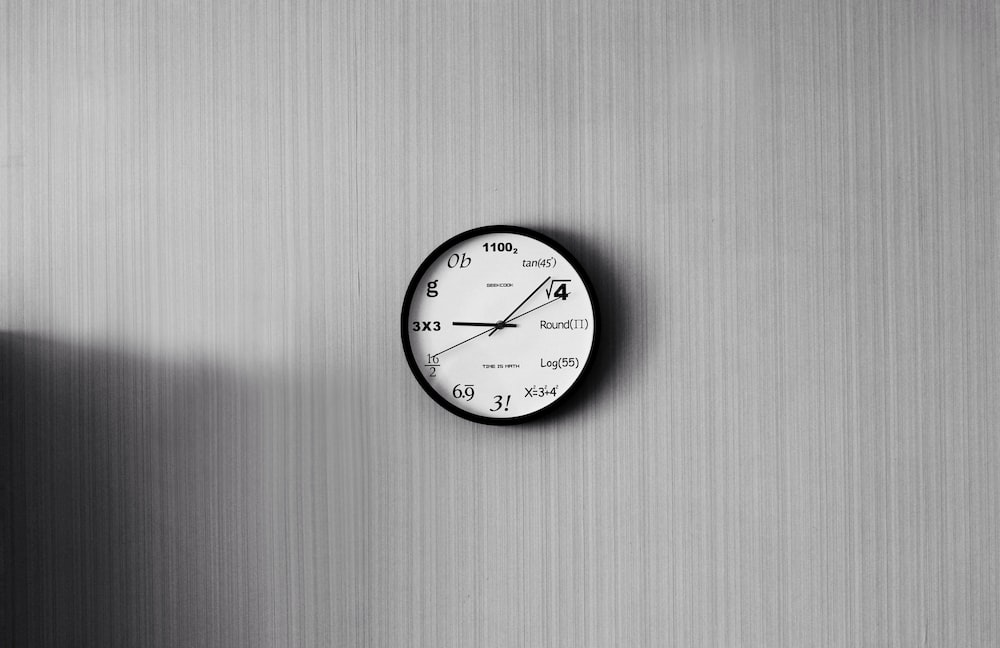 If you’re a teacher hoping to help your students or you’re just an adult looking to elevate your critical thinking skills and problem-solving abilities, you might enjoy a puzzle, like one of these below:

I have two coins equaling fifteen cents. One of them is not a nickel. What are the two coins?

A dime and a nickel. One of the coins is not a nickel, but the other one is.

The combined age of a father and son is 66 years. The age of the father is the age of the son, but with the digits reversed. How old are they?

It’s the numbers from 1-9 in alphabetical order.

If you’re 8 feet away from a door and with each move you advance half the distance to the door. How many moves will it take to reach the door?

You will never reach the door, it will always be half the distance, no matter how small! 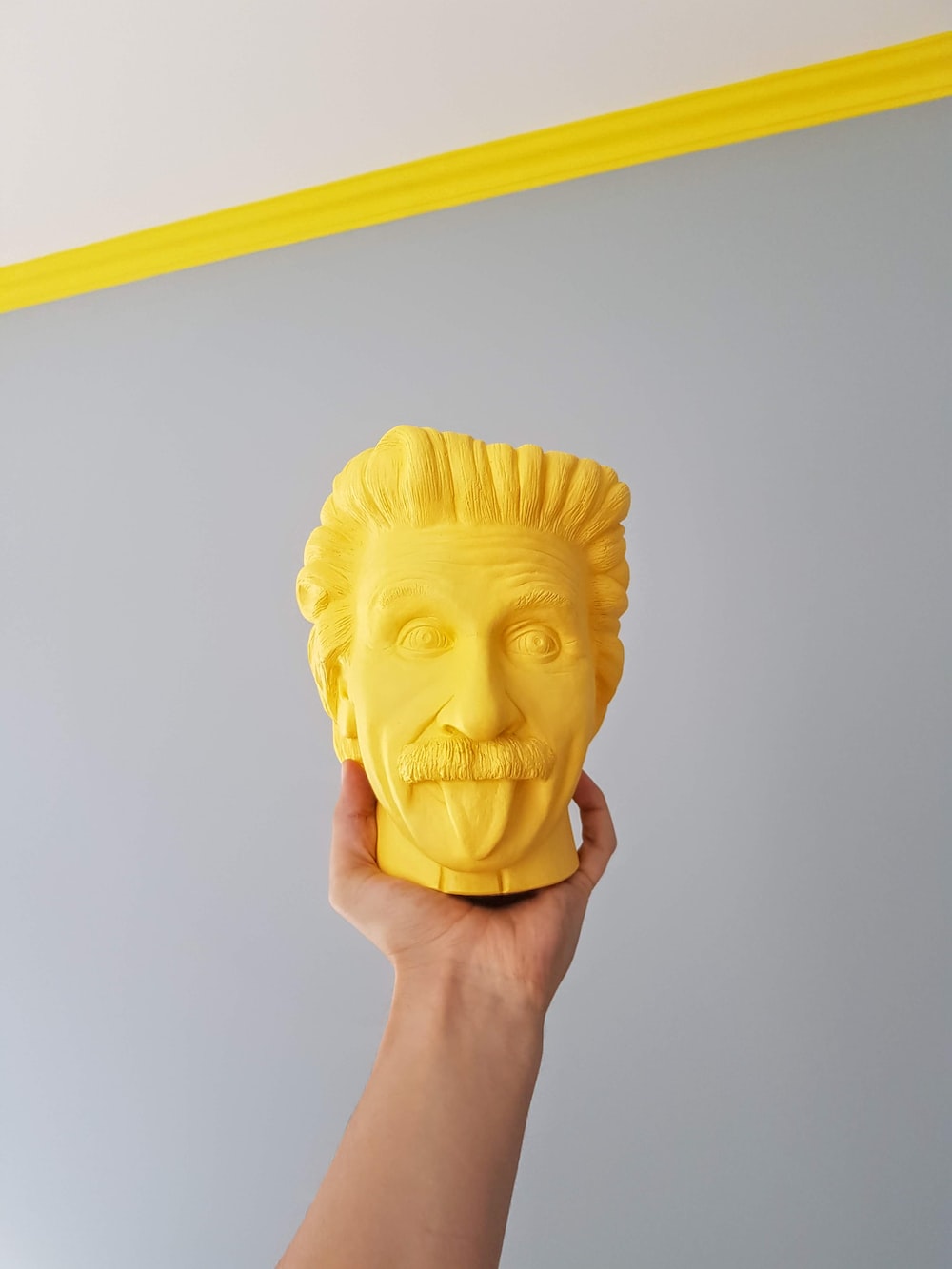 Now, if you’re up for a challenge, here is Albert Einstein’s riddle, a brain-teaser that is believed to be developed when he was young. The best way to solve this hard puzzle is through logic and deductive reasoning. If you’re up for the challenge, try to find the answer(s) to this one:

Now, the question is… Who owns the fish?

My buddies and I were inseparable mates

Til one by one were we split

My teacher, she gave me a smack on the pate

And off in the corner I sit.

Though now I’m hugging a tree

What’s a challenging riddle that you love that maybe we didn’t put on this list?