Over the many years I have been following Chrissy Stockton, her writing has done the rare magic of consistently opening my mind to new ways of thinking and guiding me at times when I couldn’t figure out which way was forward. 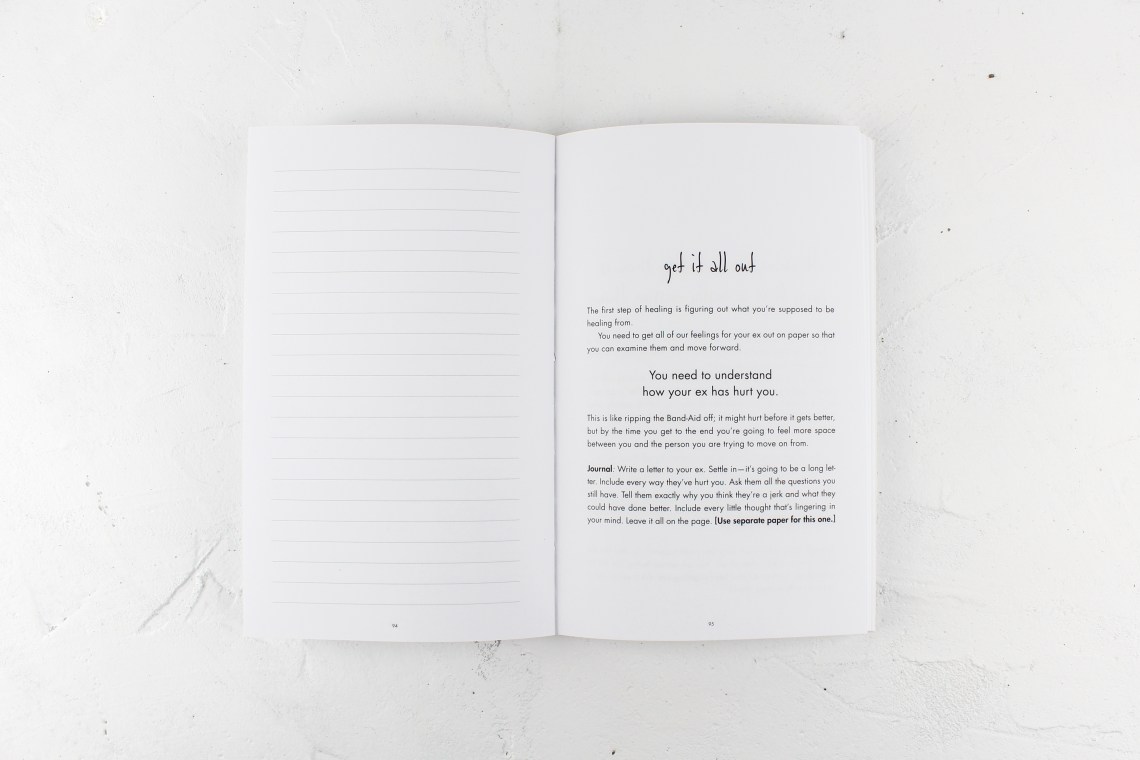 Chrissy’s work is where poetry merges with reality.

Whether it’s esoteric or very practical, her words are a light, a safe place, and an awakening all at once. (“100 Reasons Why Losing Him Is Not A Loss” was not only an article that healed me after many a breakup, but a link I have sent to countless friends dealing with their own losses over the years.) Chrissy isn’t just a writer I admire, she’s also one of my best friends. We talk almost every day. Over the years, I’ve seen her practice what she (doesn’t preach) but shares with anyone who wants to listen, and can tell you firsthand she is authentically herself and so truly connected to what it means to be alive through the questions and answers, the peaks and the pits.

I was elated to find out that she had distilled all of her wisdom and (often hard-earned) knowledge into a compact journal where you could not only learn, but engage, draw out your emotions, reconcile your thoughts, and move forward.

I asked her a few questions about the book, her own experiences, and what she wishes she could have known when she was young.

1. I love this book because it’s a guide that doesn’t yet exist for one of the most common experiences in the world. Before you wrote it, what resources did you use to get over heartbreaks of your own?

An unhealthy way I walked myself through this was by obsessively Googling and reading relationship articles and Ask Reddit threads about relationships and breakups. I definitely wanted to get people out of doing that and into a more safe and introspective space. I grew up with the idea of “daily devotionals” (a religious practice of reading/journaling everyday) so I thought a workbook with an idea about healing and journaling space for every day would be the best. It’s not the one and only way to get through a breakup, but I think it’s an approach that’s fundamentally healthy and if you are doing healthy things that work through your emotions, it’s impossible not to make progress.

I have to say that all the articles I read compulsively didn’t even quench the thirst I had in searching for them. The best advice for moving on I’ve gotten was actually reading a Brené Brown book that isn’t about relationships where she talks about responding to that kind of manic feeling by taking a few breaths and asking myself to “zoom out.” When I think about the grand scheme of my life and my values, it’s a lot easier to see a rejection along the way as a necessary component of a bigger story whereas before I’d been in the headspace that the failed relationship was the whole story — and this was the end of everything.

2. You talk about how there are “two arrows,” the first that hurts us, and then the one we hurt ourselves with. It seems like this is the bulk of getting over a breakup. How do we learn to stop kicking ourselves when we’re down?

There’s no rush for this type of stuff even though it can feel like an emergency in the moment. You just have to accept that it’s going to take time and that most of the progress is going to be made while you aren’t paying attention. It’s like bulking up — you go to the gym and do the work but the magic happens while you’re resting and recovering. I think learning not to hurt yourself with the second arrow is part of self-mastery, which is a lifelong process of slowly working on yourself over time. 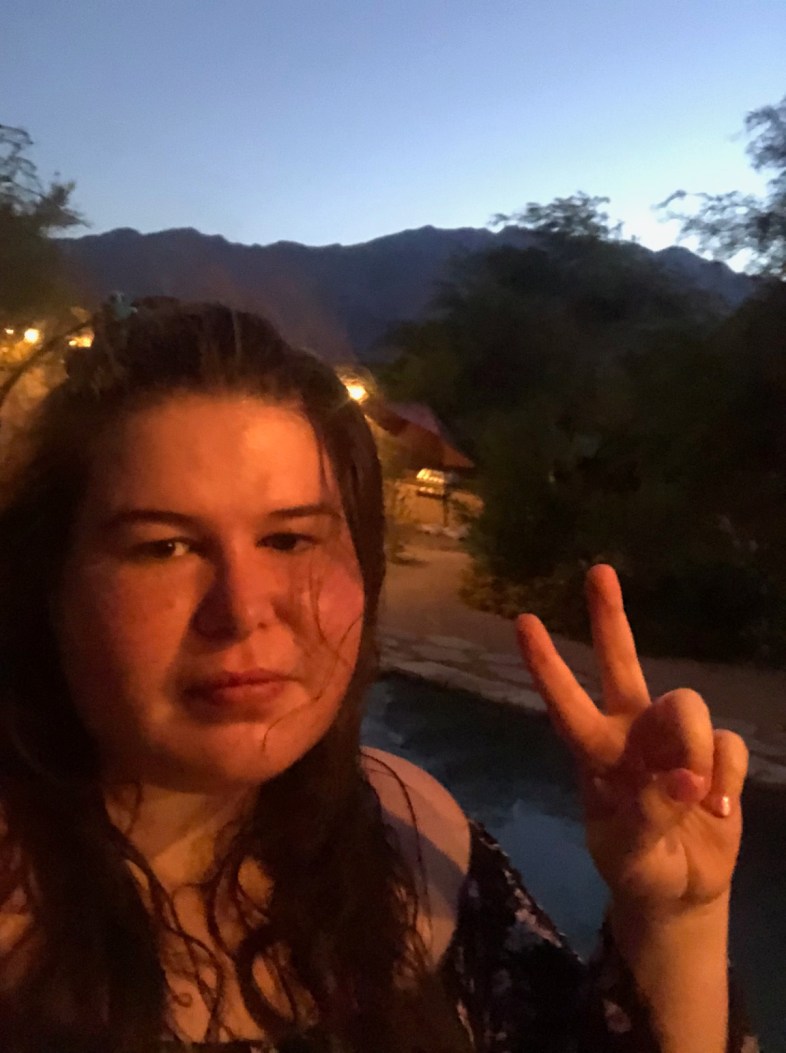 3. It’s interesting that people tend to assume a breakup is an assessment of worthiness when it’s just a matter of being matched or mismatched. The worst people in the world find love. Why do you think we treat it like a competitive sport?

Most people’s biggest fear is feeling unworthy of being in community with others. It’s a very understandable human fear and most people can feel a difference in their bodies just reading about it. We tense up. We don’t want to be picked last. Additionally, our brains are wired so that fear has a huge impact on our thoughts. This was at one point useful for survival. But we don’t have to worry about tigers jumping out of the trees anymore, so fear thoughts interrupting our everyday thoughts is more harmful than helpful. When we’re dealing with rejection, the fear voice keeps making us aware that we are close to danger. We’ve kind of evolved to be neurotic and obsessive even though it’s so ridiculously obvious that rejection is normal, common, and necessary.

When you really consider how fragile we all are and all the land mines and timing issues and misunderstandings we have to navigate in dating it makes perfect sense why it feels so hard.

4. Modern dating culture makes it seem embarrassing to get attached, when it would probably be far more strange to have an intimate relationship and not get attached to it at all. Do you think that this blame game part of what holds people back from healing?

This is something I have really struggled with in the past. I wish everyone knew how much gaslighting there is out there that has conditioned us to associate normal and appropriate human feelings with being “crazy.” Humans aren’t robots. We have emotions and we love and in most other time periods this was considered a beautiful thing. I feel more sane when I compare the way I feel about people to what I read in literature or hear in the lyrics of songs vs. what I read on the internet. These are legacy art objects that different generations have related to and venerated, so when I relate to them, I understand that removed from trends, all the feelings I have are just the same thing that’s happening to everyone else whether we admit to them or not.

5. What are the most life-changing lessons you took away from your worst breakups?

The hardest thing in the world is to learn not to take it personally. We know that people’s behavior towards us is just them projecting their own shit out into the world but it just feels so personal. It could just be the wrong time, or we could just have the wrong color hair. There’s so much luck and circumstance that goes into attraction and getting a relationship off the ground. But it always just feels like if we would have said the right thing or worn the right outfit the story would have ended differently. Learning not to take it personally takes a lot of practice.

6. If you could tell your younger self anything, what would you want her to know?

You are alive just to be you. That’s enough. I struggle with people pleasing, especially with dating. So I have to remind myself that my purpose isn’t to be beautiful or to receive the attraction of a certain person. I’m the protagonist of my life and sometimes I just need to get off my phone and go outside.

7. If someone just split with their ex today, what would you tell them to do tonight?

Physiologically, you are not capable of sustaining an intense feeling of distress for a long period of time. It will ebb and flow. You won’t be able to avoid pain, but you can lean learn to ride the waves.