By January Nelson Updated June 16, 2021
These funny one liners are as pithy as they are funny.

Laughter is the best medicine, so don’t deprive yourself of it! Here are some funny one liners to make you laugh:

1. “Employee of the month is a good example of how somebody can be both a winner and a loser at the same time.” – Demetri Martin

2. “What is worse than ants in your pants? Uncles” – Unknown 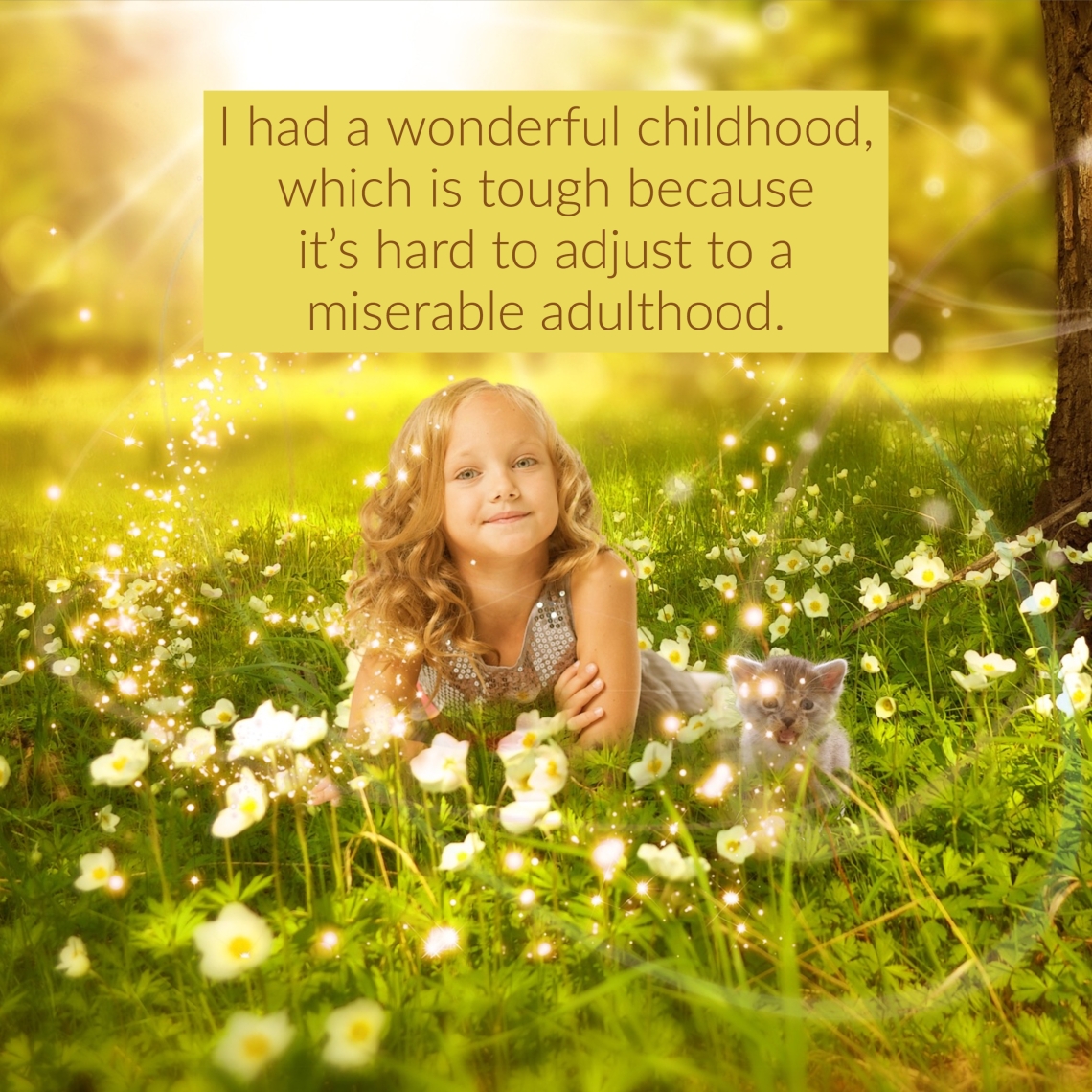 4. “When I was a boy, I laid in my twin sized bed and wondered where my brother was.” – Mitch Hedberg

5. “It’s sad that a family can be torn apart by something as simple as wild dogs.” – Jack Handey

6. “I don’t have a girlfriend, but I know a girl that would get really mad if she heard me say that.” – Unknown

7. “My drug test came back negative. My dealer sure has some explaining to do.” – Unknown

9. “It became so cold in New York last night that it forced the flashers to describe themselves to people.” – Unknown

10. “I think it’s wrong that only one company makes the game Monopoly.” – Steven Wright

11. “My therapist says I have a preoccupation with vengeance. We’ll see about that.” – Stewart Francis

12. “The worst time to have a heart attack is during a game of charades.” – Demetri Martin

13. “I have the world’s largest collection of seashells, you may have seen it, I keep it scattered on beaches all over.” – Unknown 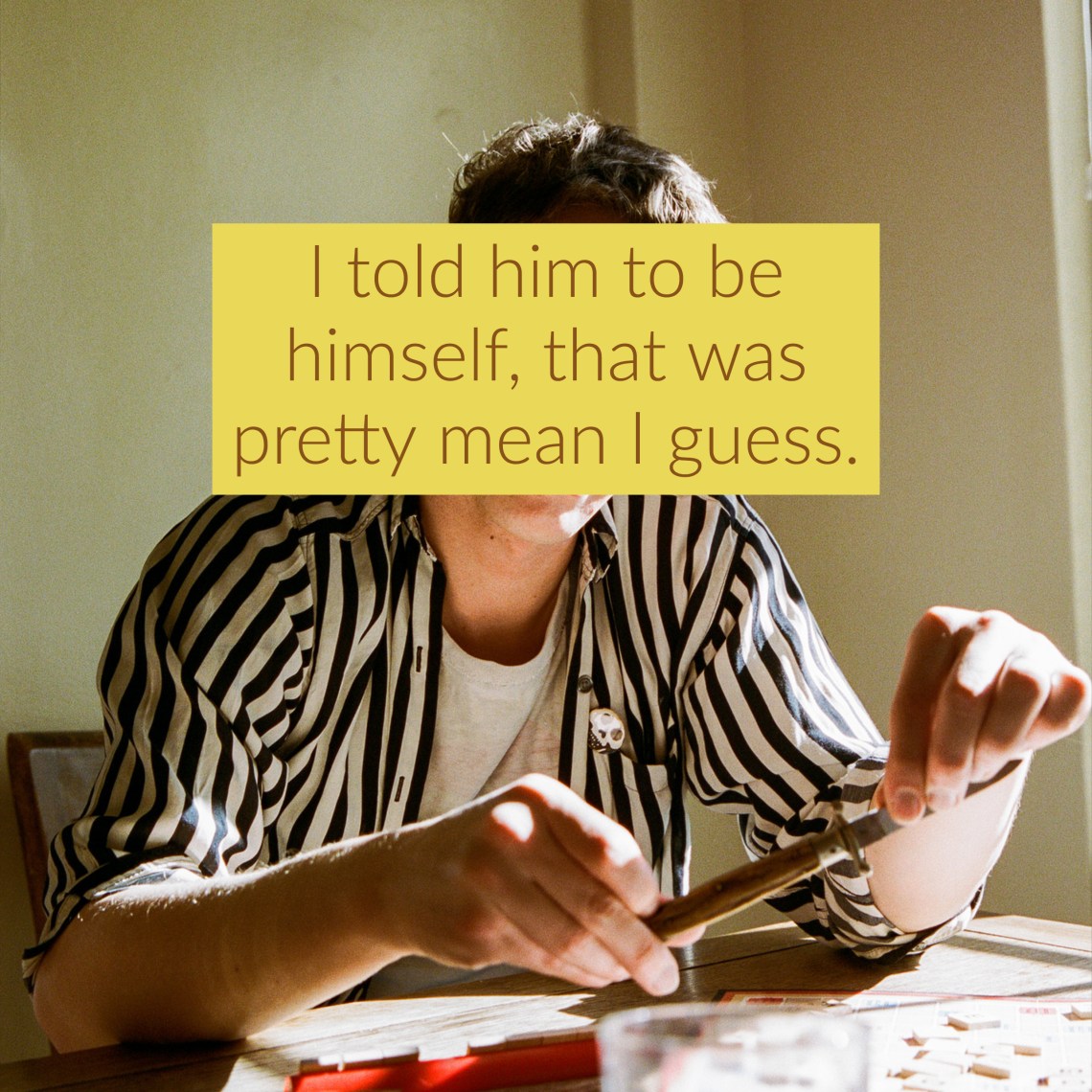 14. “I want to die peacefully in my sleep, like my grandfather.. Not screaming and yelling like the passengers in his car.” – Unknown

15. “When life gives you melons, you might be dyslexic.” – Unknown

Fun, Funny One Liners And Puns

Show everyone you have a great sense of humor. Make them smile with your witty jokes and puns! Here are some of the best one liner jokes that are guaranteed to make your friends laugh every time:

17. “When you look like I do, it’s hard to get a table for one at chuckee cheese.” – Zach Galifianakis

19. “My ex girlfriend had this really weird fetish. She used to like to dress up like herself, and act like a fucking bitch all the time.” – Bo Burnham

21. “I tried to change my password to penis but they said it was too short.’ – Unknown

22. “My girlfriend used to smoke after sex, so we started using lube.” – Jimmy Carr

23. “Circumcision is popular because Jewish girls won’t touch anything that’s not at least 15% off.” – Unknown 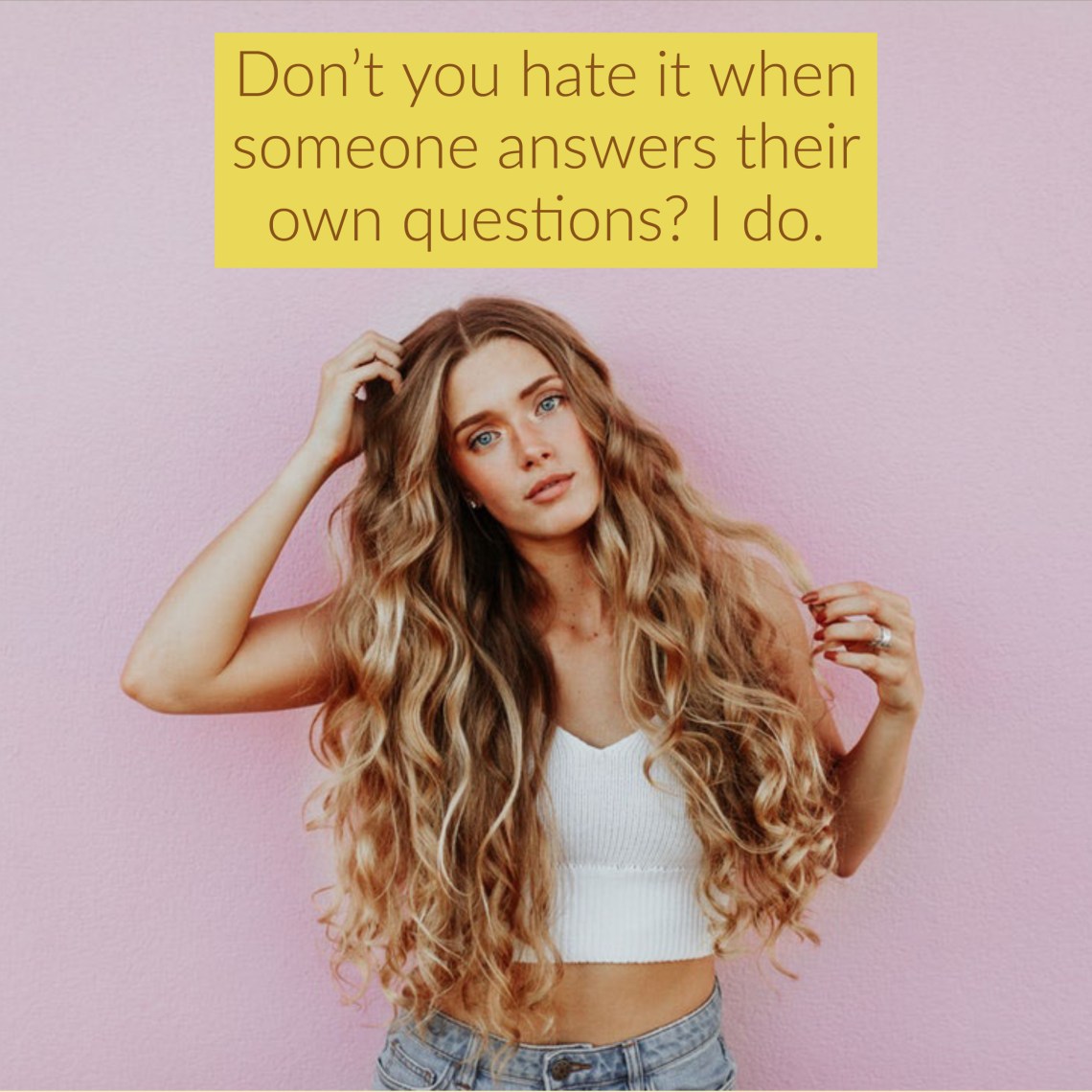 24. “The problem with kleptomaniacs is that they always take things literally.” – Unknown

25. “Sit on my lap and we’ll talk about the first thing that pops up.” – Unknown

27. “Consider the daffodil…and while you’re doing that, I’ll be over here, going through your stuff.” – Jack Handy

28. “I told him to be himself, that was pretty mean I guess.” – Roger Sterling

29. “I have a friend. He keeps trying to convince me he’s a compulsive liar, but I don’t believe him.” – Ben Bailey

30. “My father is schizophrenia, but he’s good people.”- Stewart Francis

Make sure you laugh a little every single day. Here are some more funny one liners that will get the job done:

31. “I was going to tell you a joke about my vagina, but you will never get it.” – Unknown

32. “Does my wife think I’m a control freak? I haven’t decided yet.” – Stewart Francis

33. “You know what this shirts made out of? Boyfriend material.” – Unknown

34. “I have a lot of growing up to do. I realized that the other day inside my fort.” – Zach Galifianakis

35. “They lie about marijuana: ‘Marijuana makes you unmotivated.’ Lie. When you’re high, you can do anything you normally do just as well. You just realize it’s not worth the fucking effort. There’s a difference.” – Bill Hicks

36. “Who has connections to Connecticut? That’s where rich people go to live the rest of their life in the woods.” – Patrice O’Neal

37. “Onions make me sad. A lot of people don’t realize that.” – Mitch Hedberg

38. “I looked up my family tree and found out I was the sap.” – Rodney Dangerfield

39. “I am originally from Indiana. I know what most of you are thinking: Indiana — mafia.” – Jim Gaffigan

Here are some of the funniest one liner jokes on the internet. Make sure to share them with all your family and friends:

41. “There’s a reason it’s called ‘girls gone wild’ and not ‘women gone wild’. When girls go wild, they show their tits. When women go wild, they kill men and drown their kids in a tub.” – Louis CK

42.“I taught Sunday School for two years. And I got fired. I abused my authority. I used to teach class like this, OK, if one more person talks, everybody is going to Hell. – Maragaret Cho 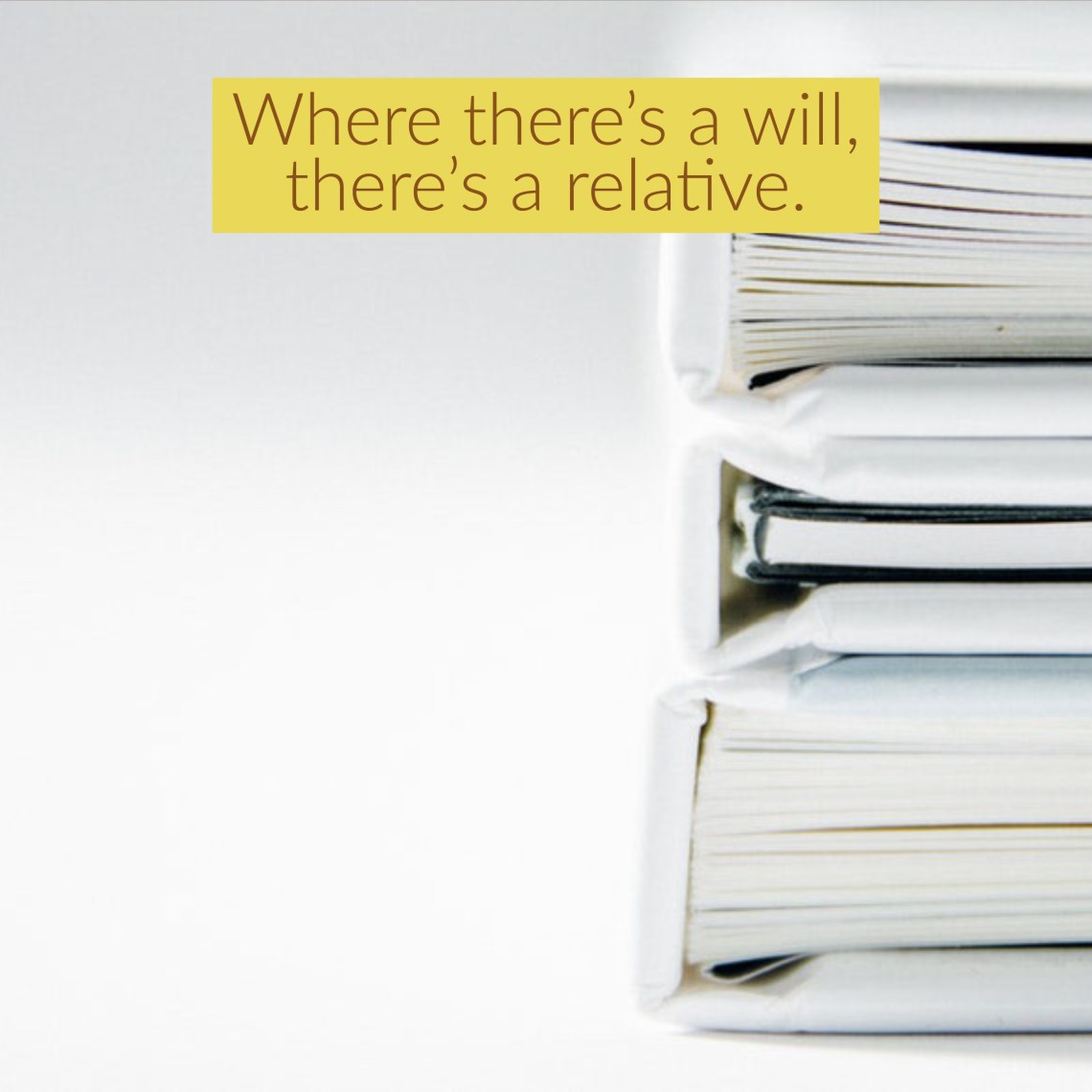 44. “Thirty ways to shape up for summer. Number one: eat less. Two: exercise more. Three: what was I talking about again? I’m so hungry.” – Maria Bamford

46. In Seattle, they have a saying: ‘If you don’t like the weather, wait five minutes and then shoot yourself in the face.'” – Doug Benson

47. “There’s no such thing as addiction, there’s only things that you enjoy doing more than life.” – Doug Stanhope

48. “I don’t worry about terrorism. I was married for two years.” – Sam Kinison

50. “The liberals can understand everything but people who don’t understand them.” – Lenny Bruce

Making other people laugh is the best way to brighten your own day! Here are some funny one liners to help you out:

51. “Honesty may be the best policy, but it’s important to remember that apparently, by elimination, dishonesty is the second-best policy.” – George Carlin

52. “Starbucks says they are going to start putting religious quotes on cups. The very first one will say, ‘Jesus! This cup is expensive!'” – Conan O’Brien 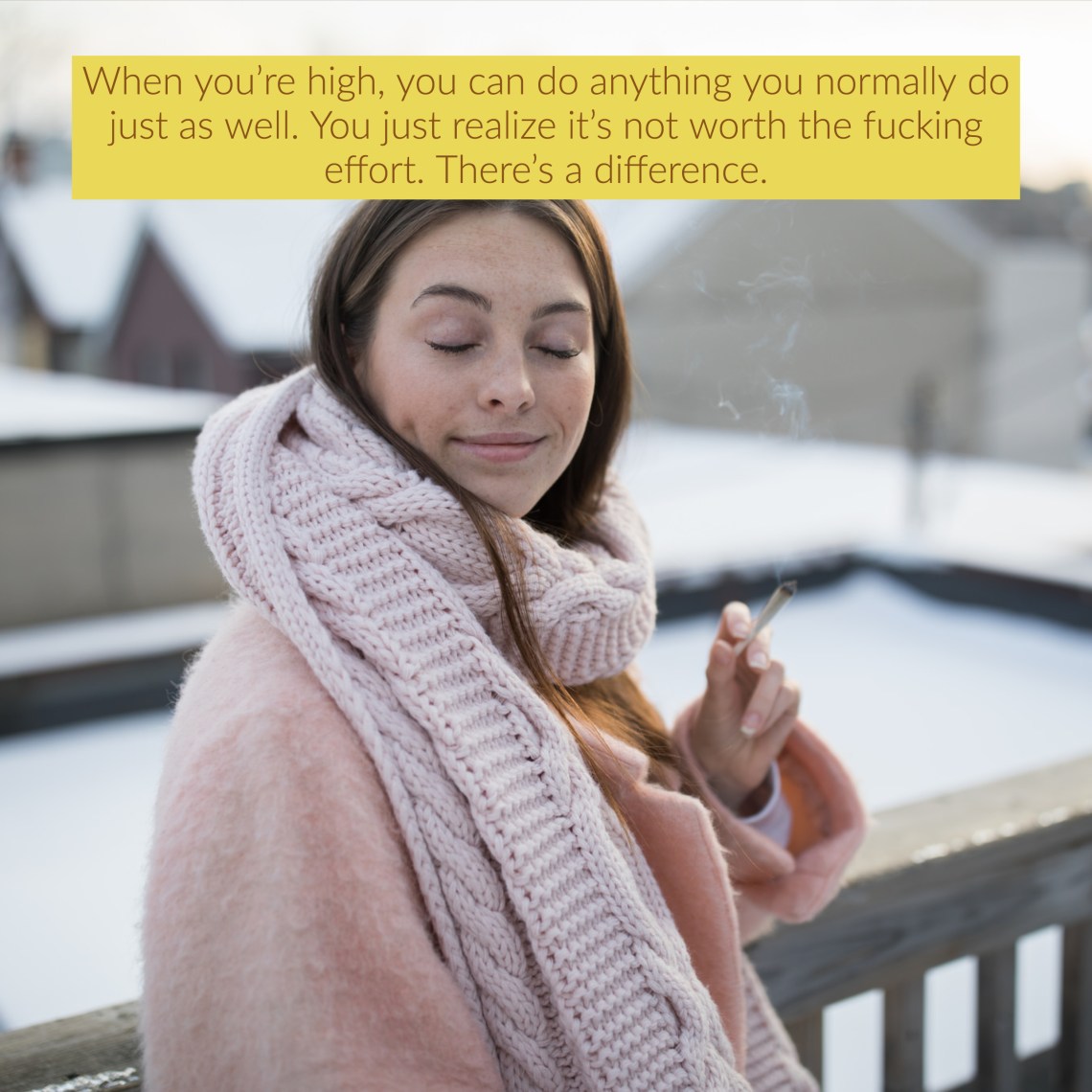 54. “I can’t wait till Sunday, I’m gonna see my favorite niece and my other niece…” – Sarah Silverman

55. “According to most studies, people’s number one fear is public speaking. Number two is death. Death is number two. Does that sound right? This means to the average person, if you go to a funeral, you’re better off in the casket than doing the eulogy.” – Jerry Seinfeld

56. “The people voting for the Oscars are so old. I haven’t seen one Academy Award voter with a tampon in her purse.” – Joan Rivers

57. “I had a wonderful childhood, which is tough because it’s hard to adjust to a miserable adulthood.” – Larry David