Besides being an asshole, you’re also supporting a thief.

You see, Josh Ostrovkey, more famously known as @TheFatJewish on Instagram, steals content that actual, professional, working comedians and writers create and then doesn’t give them credit. Now he’s getting rewarded for thievery with book deals and a Comedy Central pilot (UPDATE: thanks to backlash, this pilot is no more), even though his only artistic ability appears to be cropping screen grabs.

He’s not the only person doing this, but he’s the most famous one. With every joke he steals, and you like, the more famous he gets, and the more of an asshole you both become.

Does the Fat Jew own any of these screen grabs? No. Yet Instagram allows his behavior to continue, because assholes make great company for other assholes. 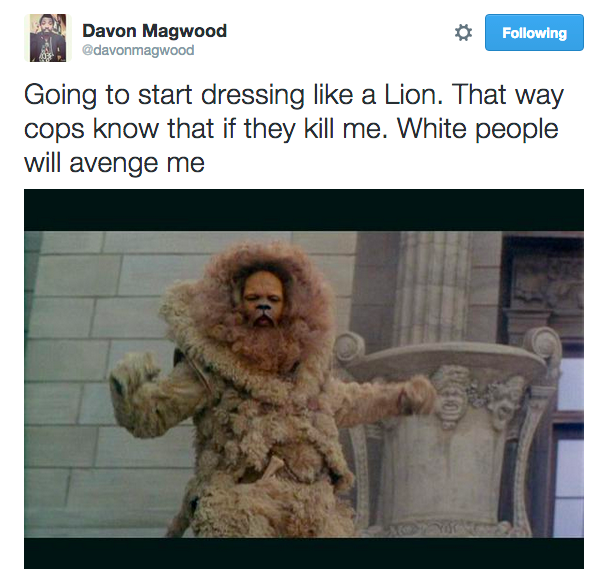 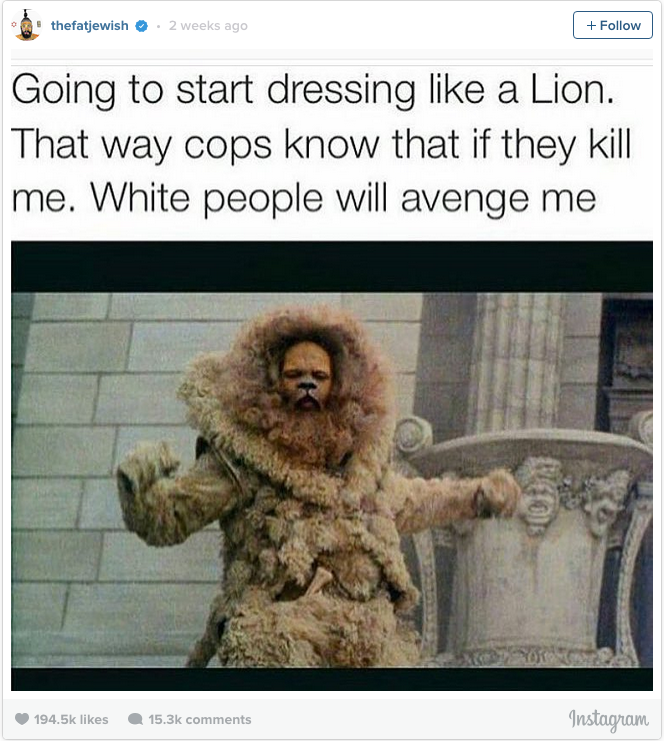 Sometimes it feels like we know so much about the internet, but it really is the Wild West, a lawless land where users rights are actively broken with zero protection or retribution. By sharing content online, is it still your content? Yes and no. Yes because there’s visual proof that you created it; no because people can rightfully “steal” it without giving you credit. Many accounts regularly steal content from others, but rarely do the accounts make a shit ton of money doing it like the Fat Jew is doing.

By unfollowing @TheFatJewish and others like him, you can make a statement that the work created by real artists — writers, photographers, meme creators, even just regular folks — matters and should be respected and credited. But it’s not just up to you, it’s also up to platforms like Instagram to stop accounts like @TheFatJewish from continuing their asshole parade of thievery.

Maybe I’m being harsh because I’m a working writer that believes words still matter. You’re not really an asshole, and I guess the Fat Jew isn’t either. If you’re anything like me you like to laugh, and the Fat Jew obviously knows what makes us laugh. So how about giving credit to the comedians and writers he steals from? Maybe then he could be what he should have been all along, an awesome curator of funny.

Just So You Know: You’re Only Failing According To Social Media