In 1978, the Stargate Project was founded by Army intelligence and involved the CIA and a California contractor, SRI International. Its mission was to find psychics who could “see at a distance” through space and time. The project ran until as recent as 1995 when the CIA eventually shut it down.

Below is a transcript of an interview between a scientist (called a “monitor” in the transcript) and a psychic subject wherein a blind test is conducted. The Subject also appears to be hypnotized as becomes evident at the end of the document.

This document is authentic and is available in PDF format here. 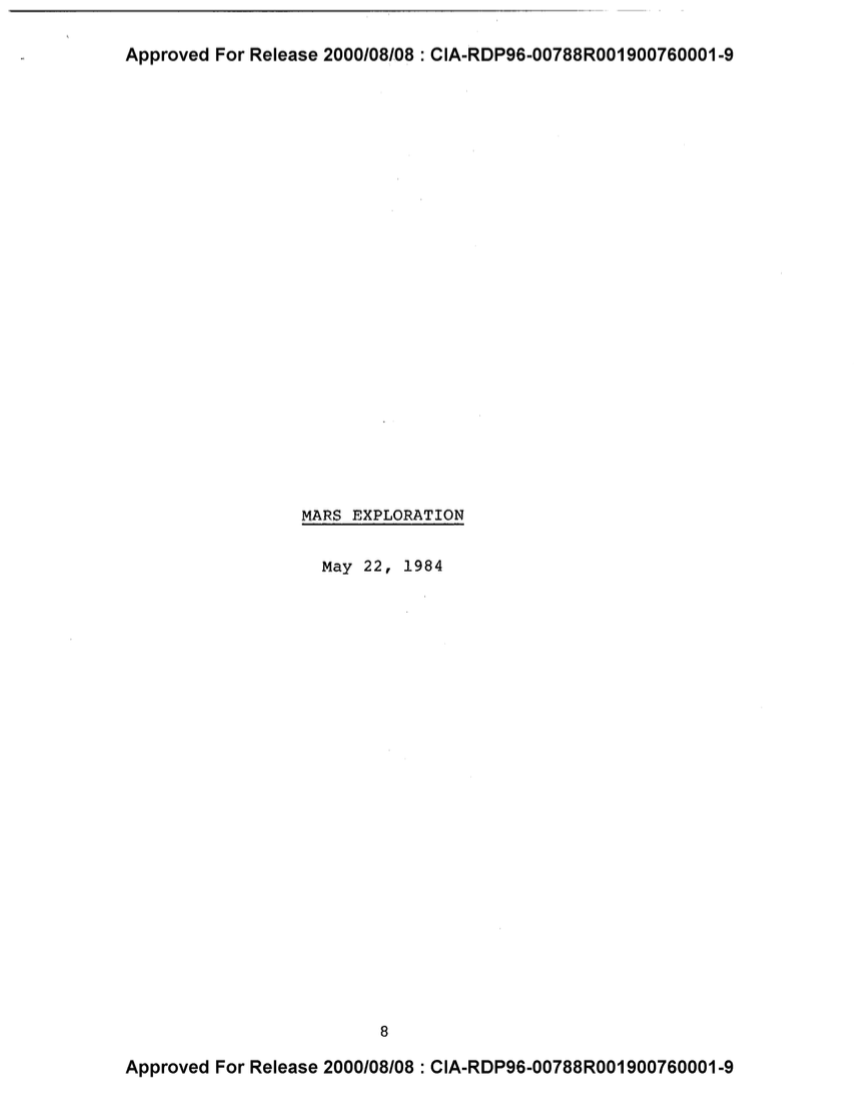 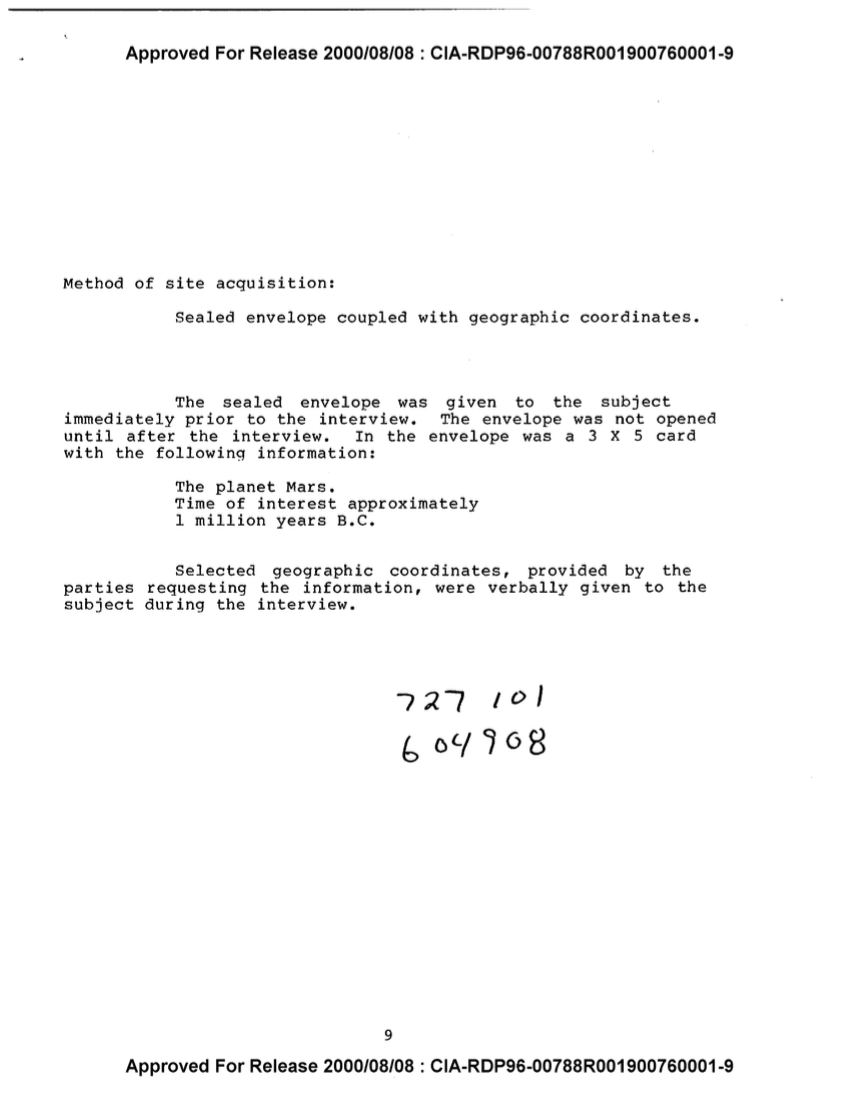 The Subject (the “psychic”) has no access to the information written on the 3×5 card. They do not know what it says. They have not been given this information.

Of note, the color of everything is ochre and there’s a geological event occurring of massive scale. The Subject can’t see a thing clearly so he’s asked to go back before the event. This is very important to notice, we now have no idea how far back the Subject has gone (or how far forward for that matter). Here’s the rest without comment. 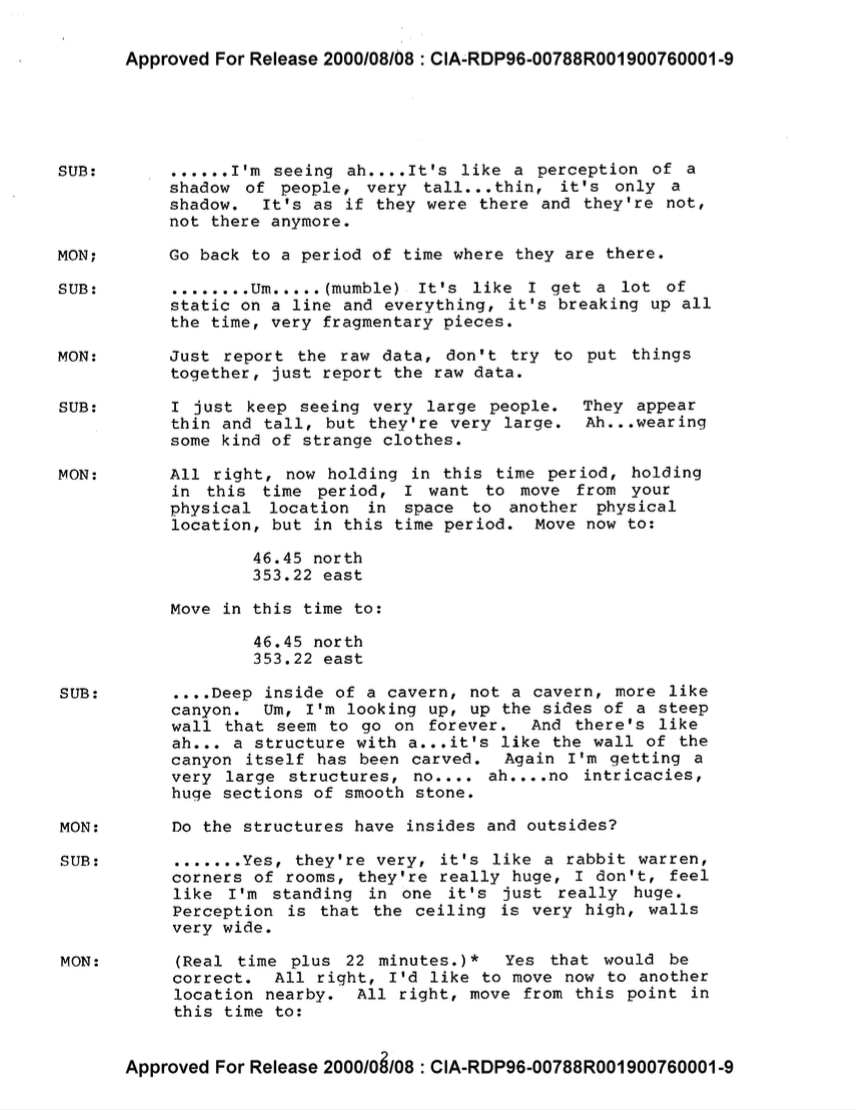 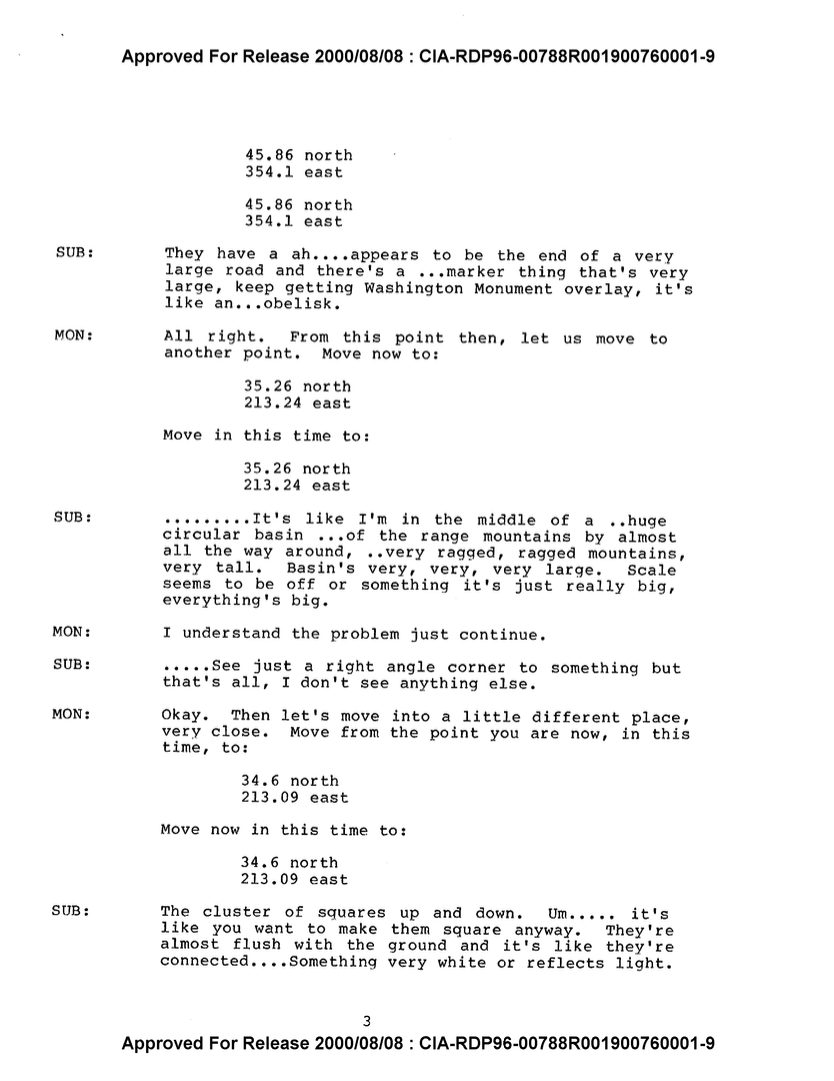 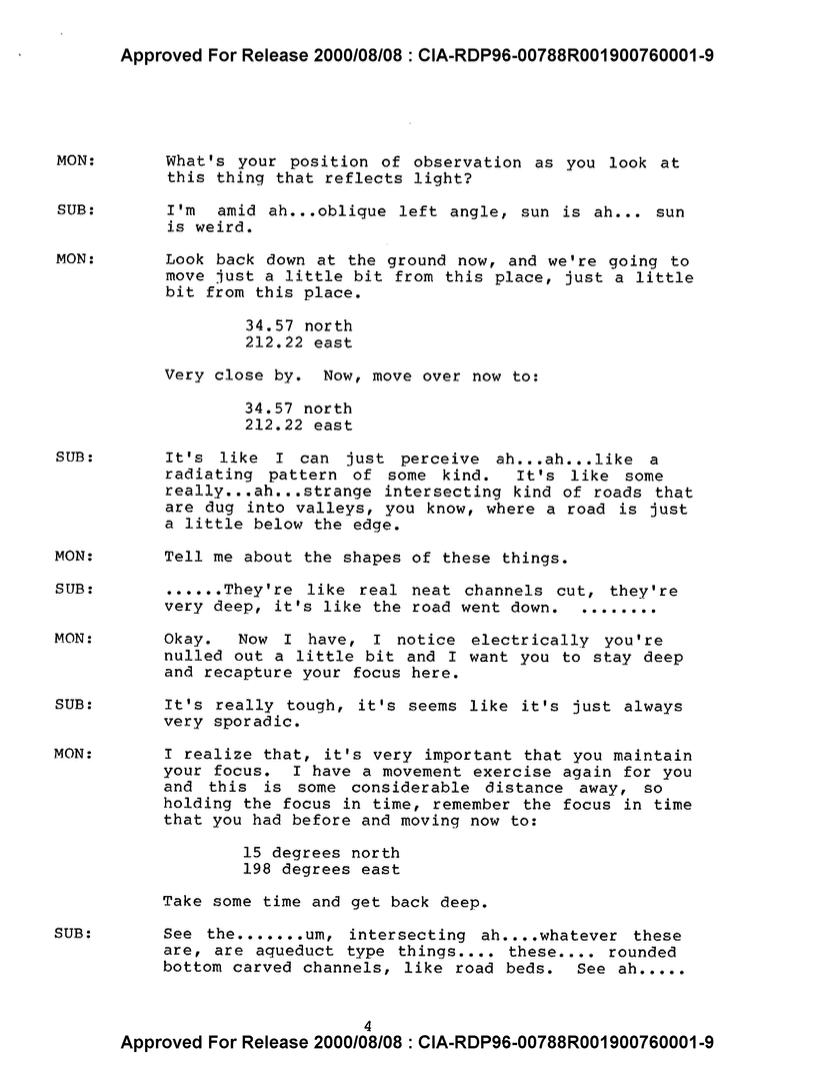 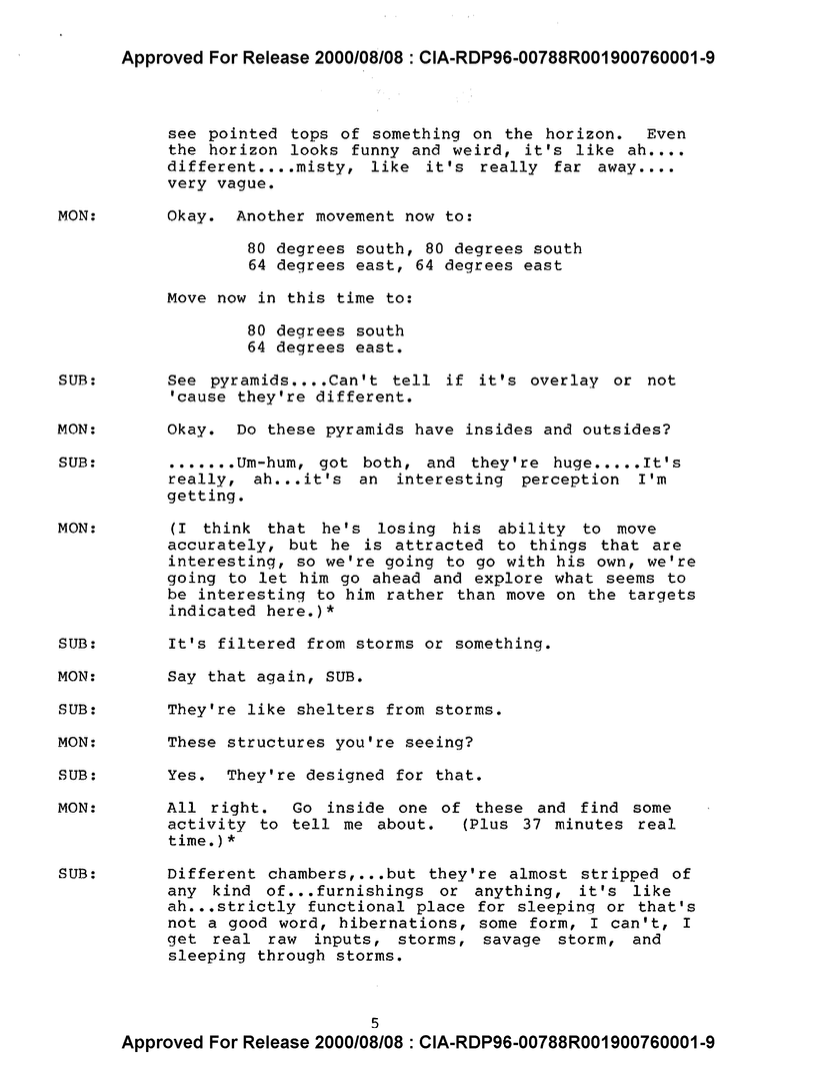 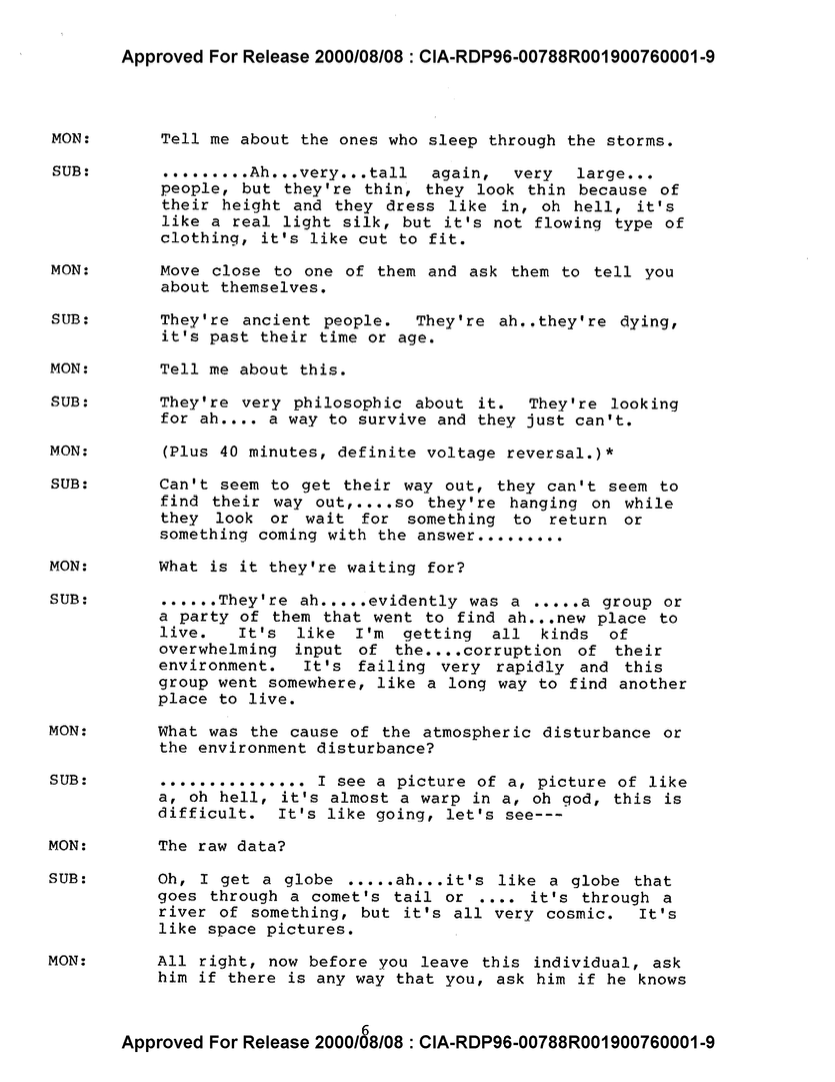 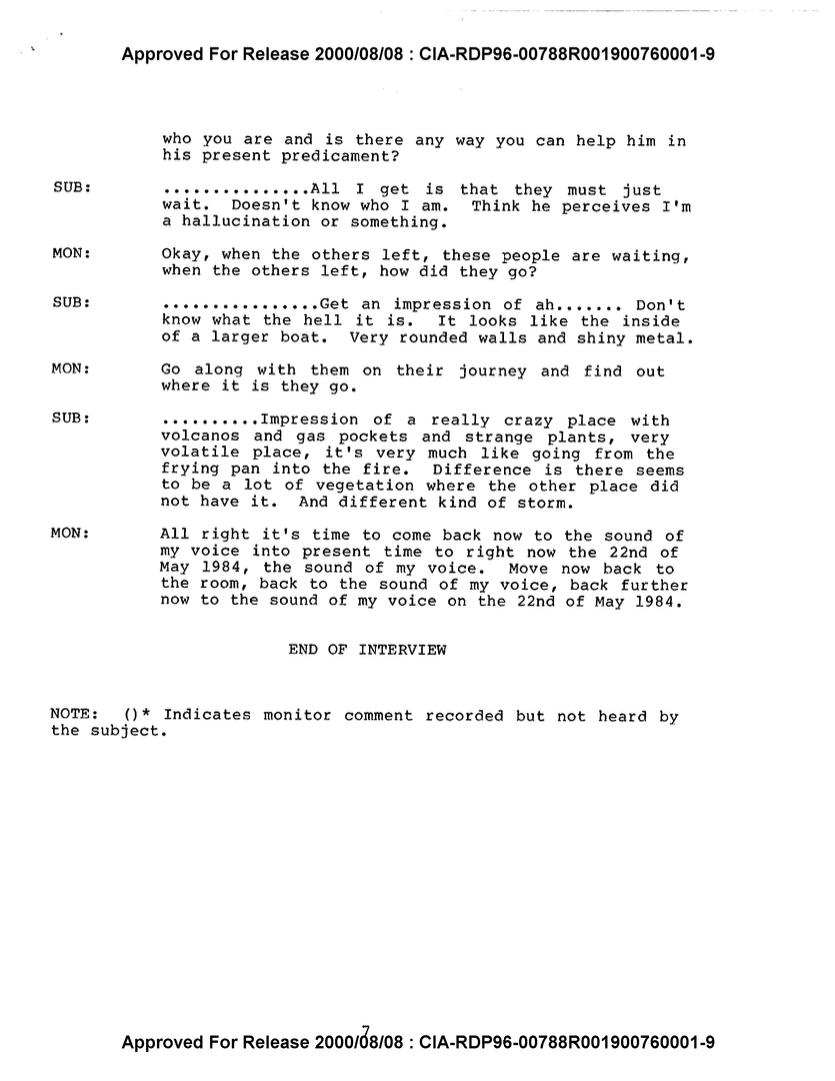 The Subject describes places that they’ve never seen and, if we grant that any of this is possible at all, they could be seeing. The coordinates also don’t correspond to anywhere on Earth. However, they do correspond to lat/long coordinates on Mars which, by 1984, we’d already mapped with satellites although information about it was only really available to NASA scientists because there was no internet.

So the mystery here is how did the Subject know not to describe Earth or a time period different from their own?

Now, let’s see about those Lat/Long coordinates when we drop them into Google Earth’s Mars map: 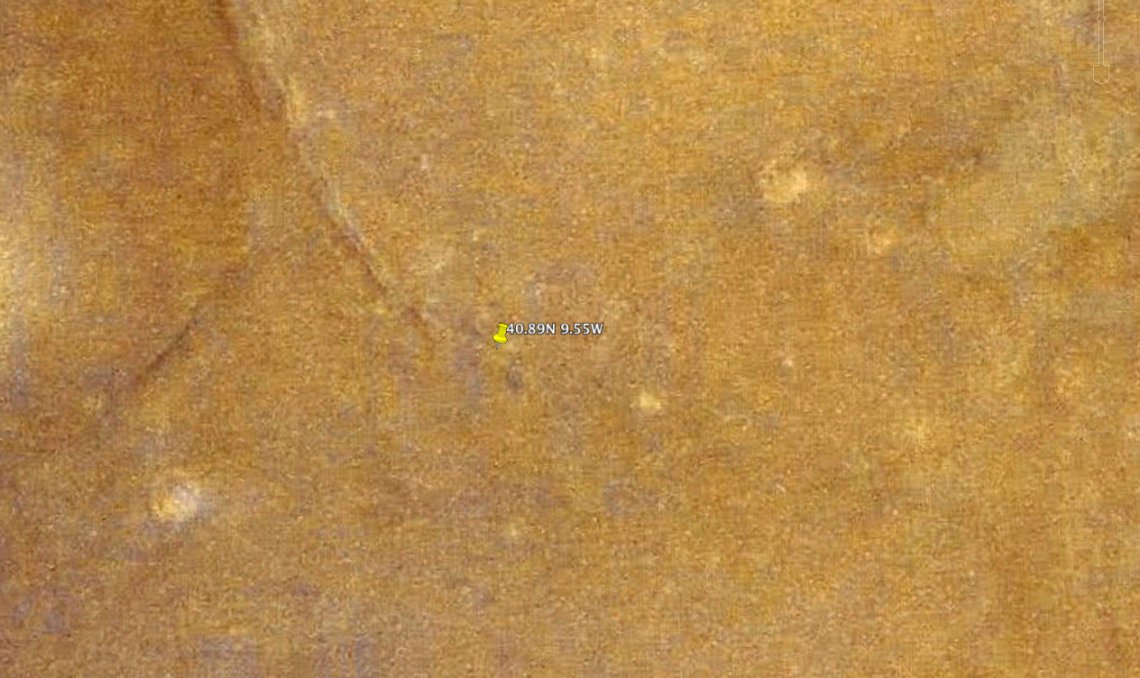 And here’s what it’s close to, the infamous “Face of Mars,” Cydonia. Specifically, it’s 5.3 miles from Cydonia. Initially, the subject claimed that he was looking at the after effects of a major “geologic problem.” 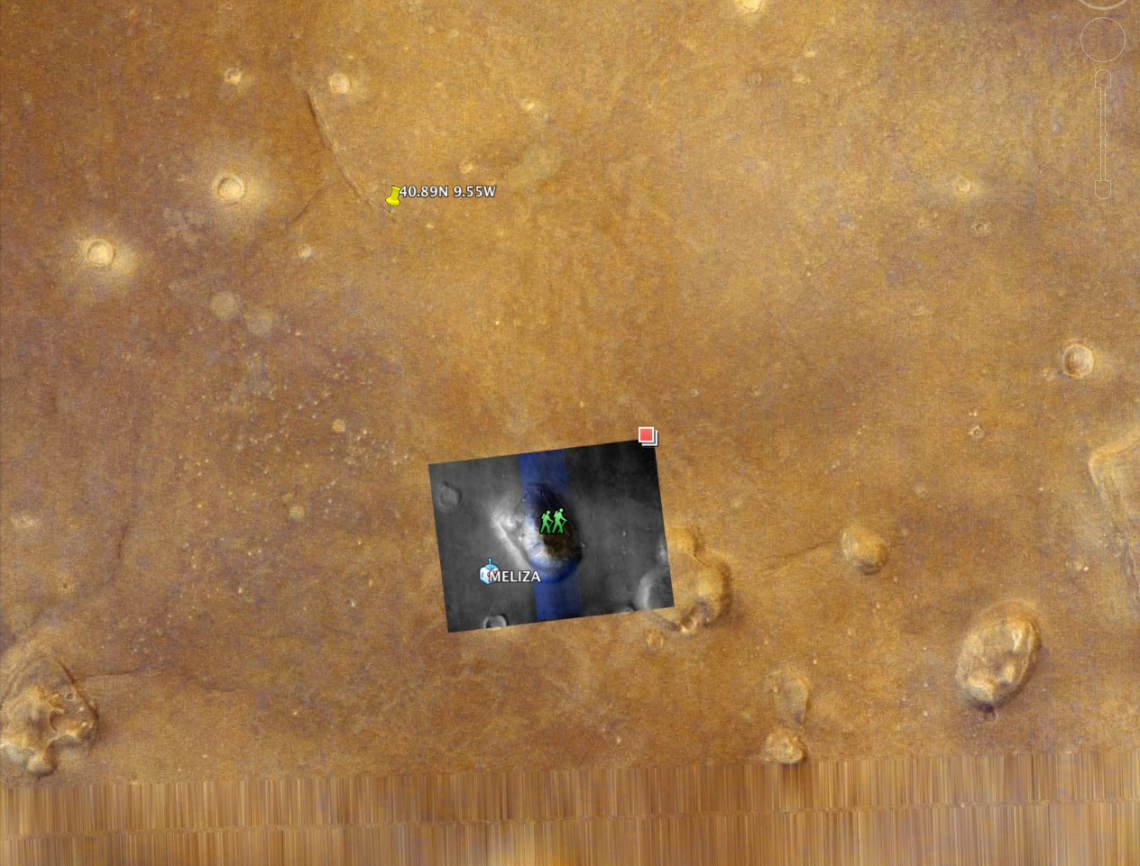 There are also dozens of what appear to be mountains of some kind surrounding the area. They would easily be visible from the coordinates given to the subject. 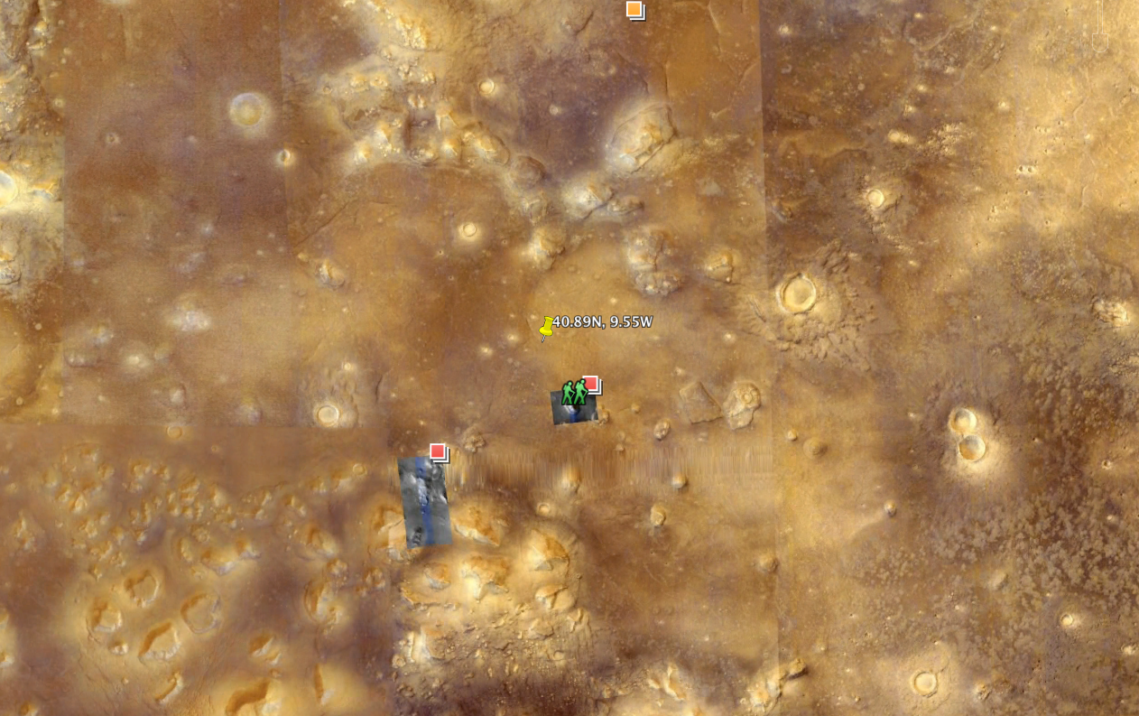 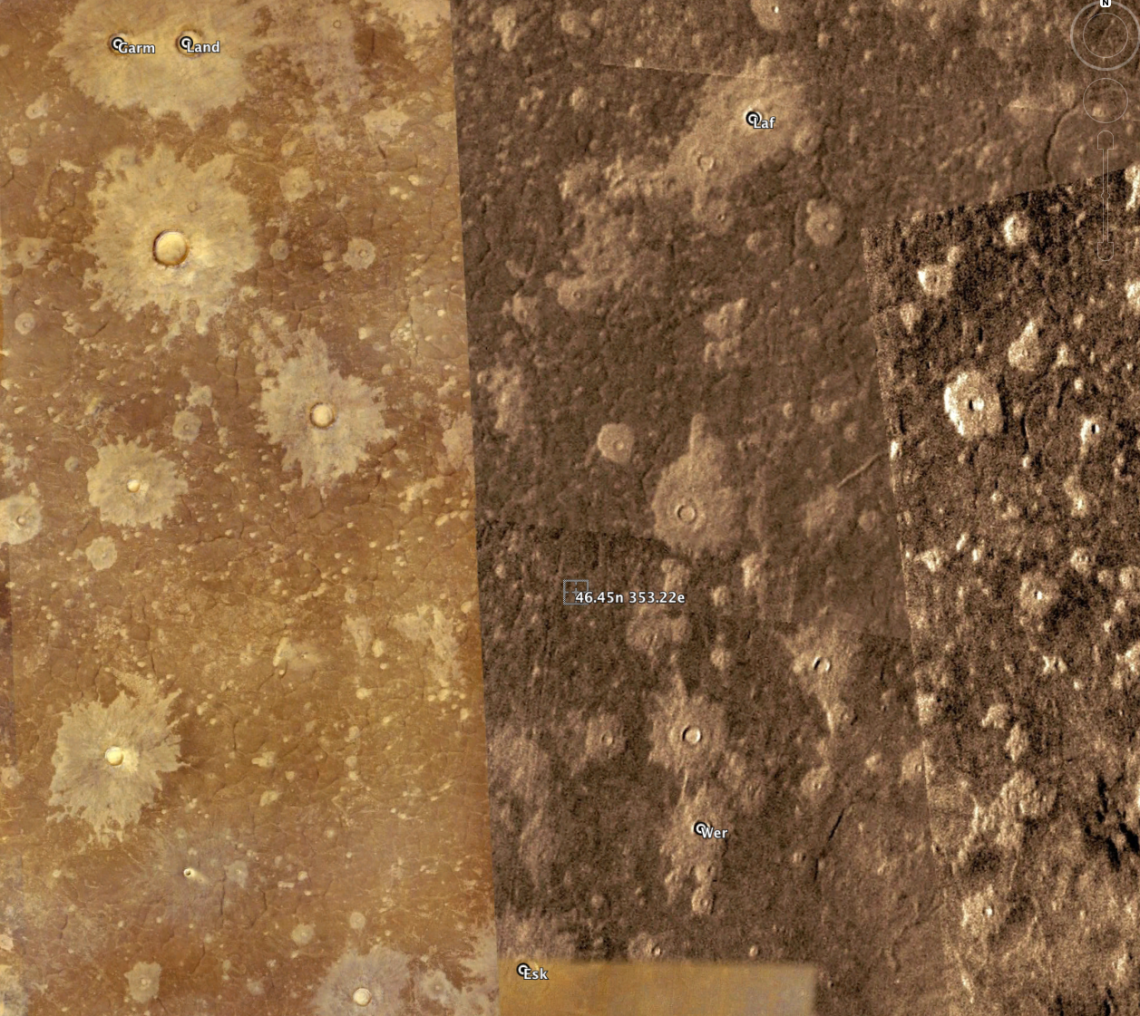 The coordinates drop us into what appears to be a heavily cratered area. There are also what appear to be two very straight parallel lines leading from the coordinates to the crater site Esk. It’s in this area that the Subject claimed he found himself in a deep canyon.

Seems unnaturally straight but there’s not telling if these are depressions or not. 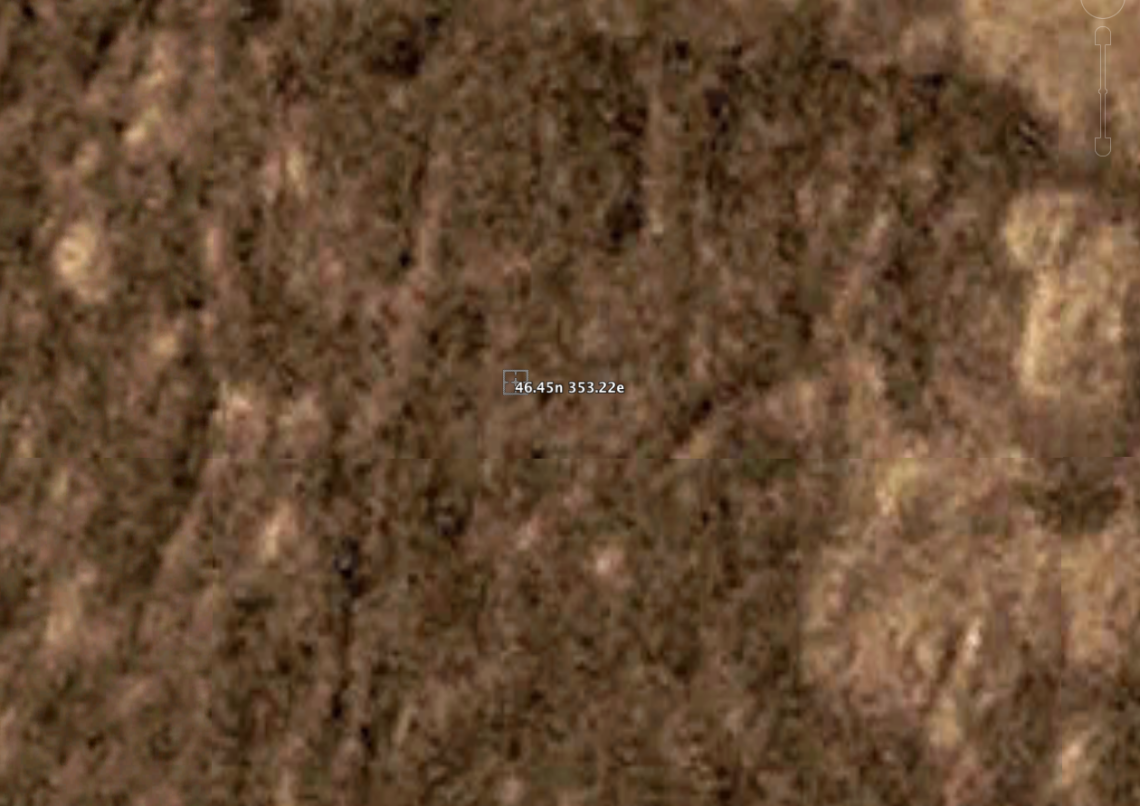 Impossible to tell really what’s there or even what kind of terrain this is. The available imagery is limited.

This coordinate and the last one are about 55 miles from one another. 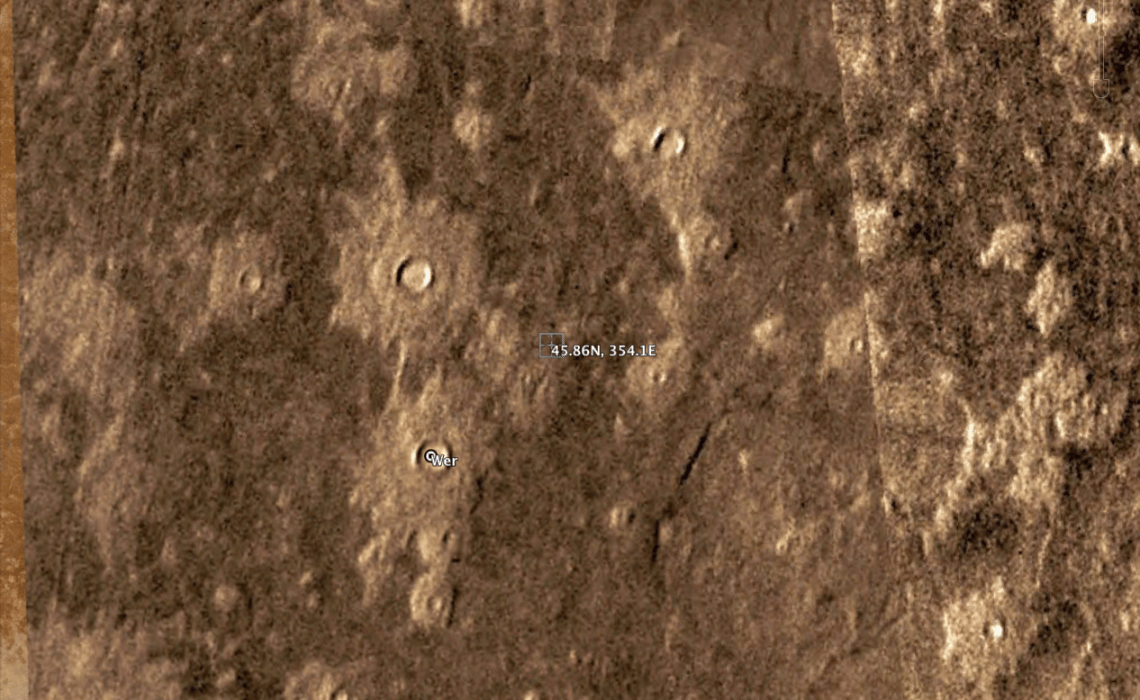 Another cratered area, the dark areas are higher in elevation than the light areas. This are is also fairly steep. The elevation rises 200 feet from the Wer crater to our coordinates over a distance of only nine miles. 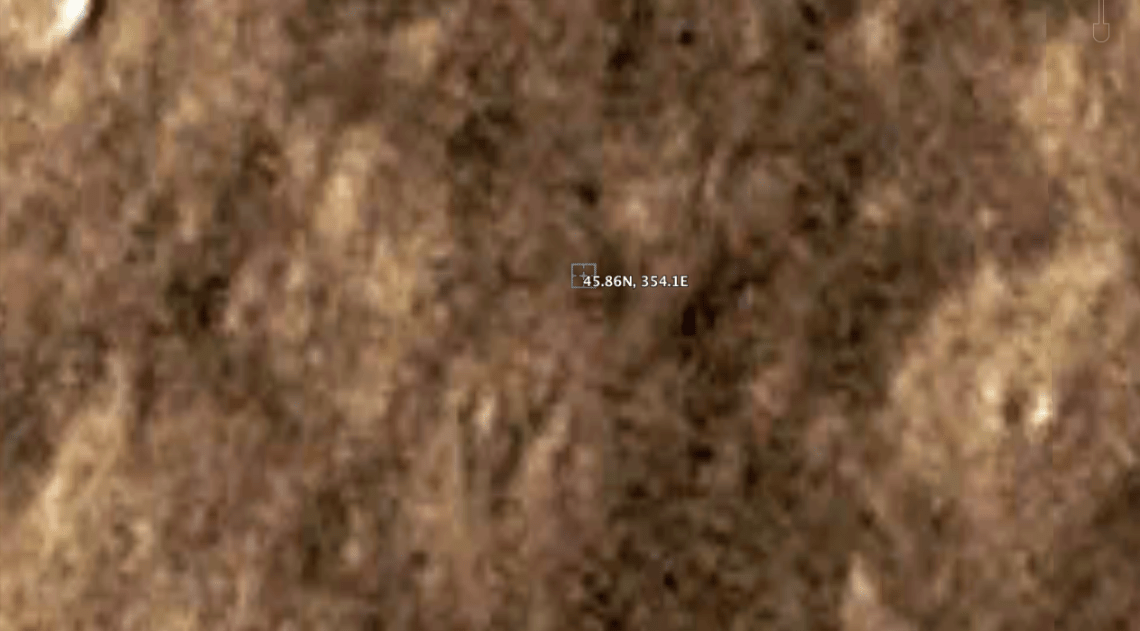 It is here that the Subject claimed he saw a great road, a market, and a giant obelisk. 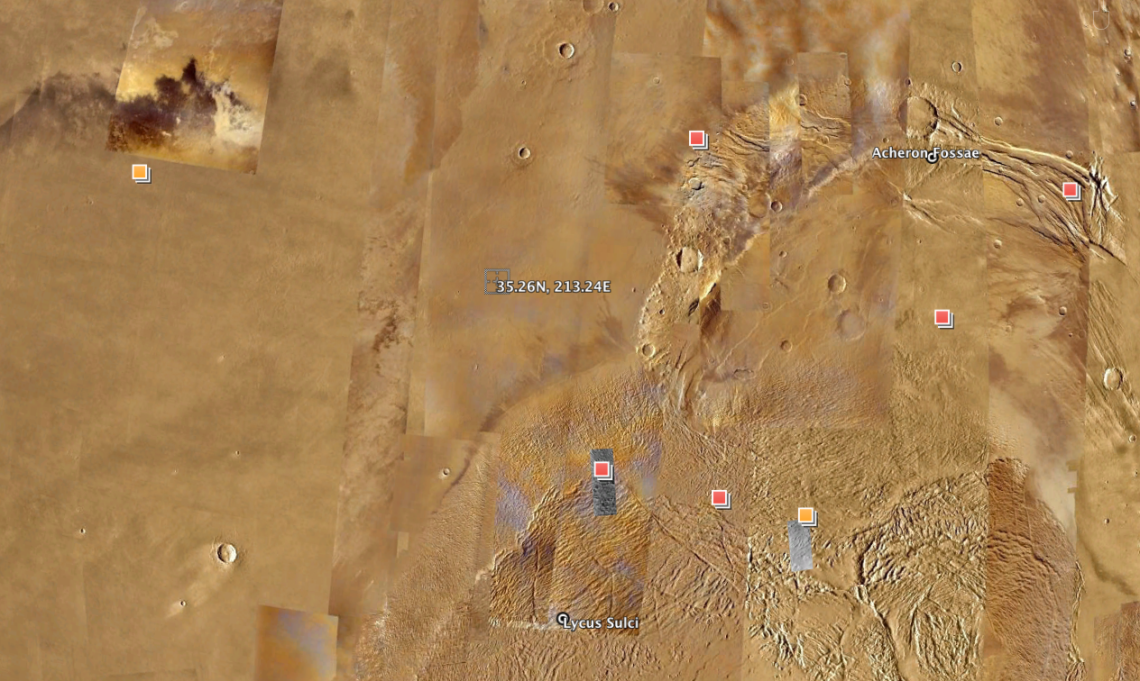 The coordinates are 724 miles, give or take, from Olympus Mons, the largest volcano in the Solar System, a mound over twice as high as Mt. Everest. This is also where the Subject stated there were huge, ragged mountains. Whether Mons would be visible from this distance I can’t say. 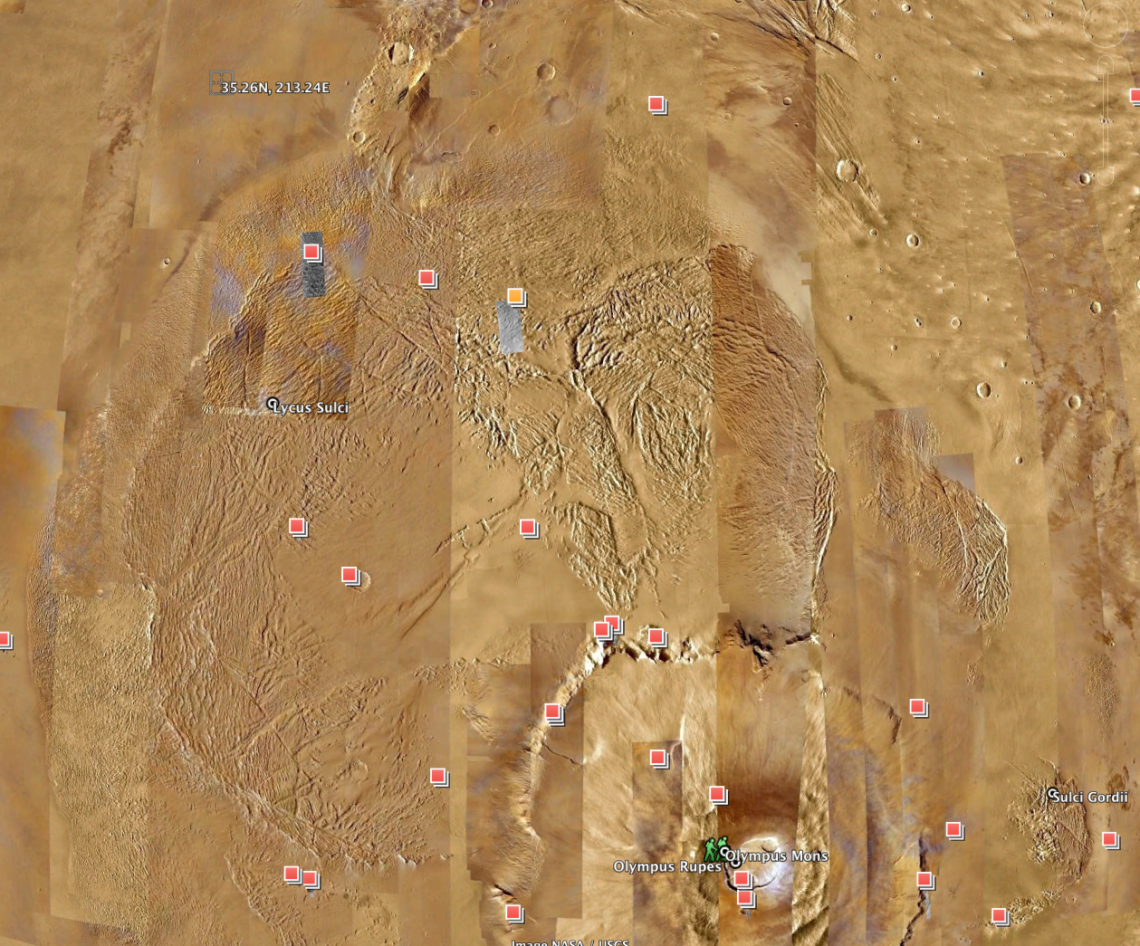 Close up, this region appears far flatter and less disrupted than the others. 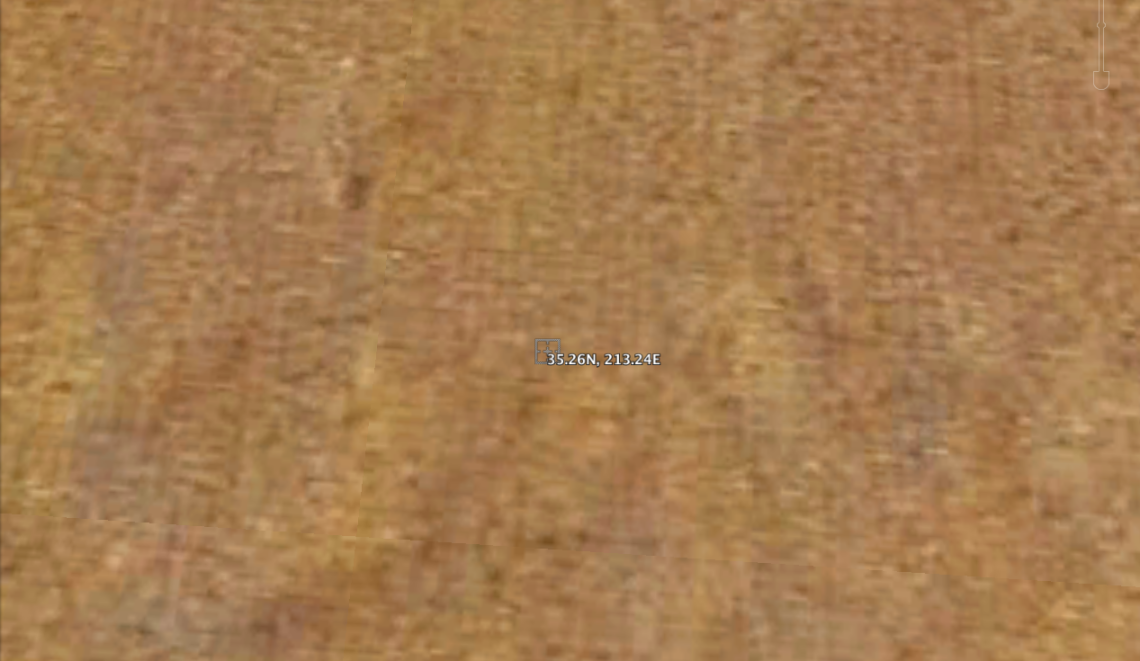 This point is to the south of the last and a bit west. The terrain is much the same. The Subject’s description here reads as if he’s viewing a man made structure. He describes clusters of squares up and down. 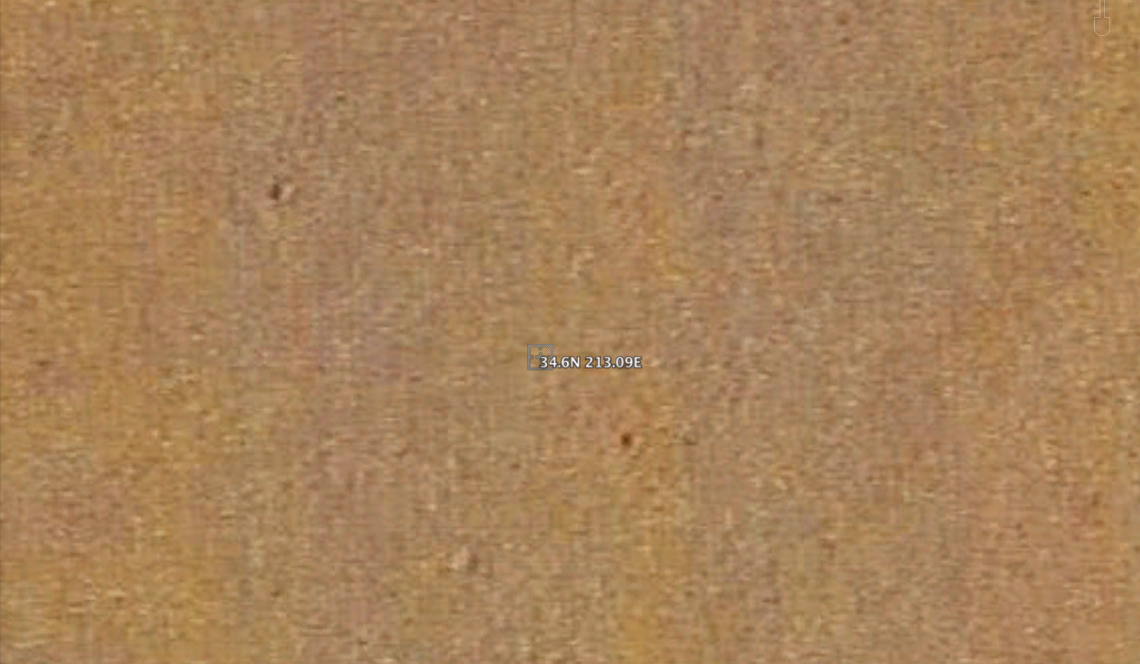 This point lies very close to the coordinates 35.26N, 213.24E (above). As you can see it’s just a few degrees off. Here the Subject describes roads dug the surface so that the road is lower than the ground. 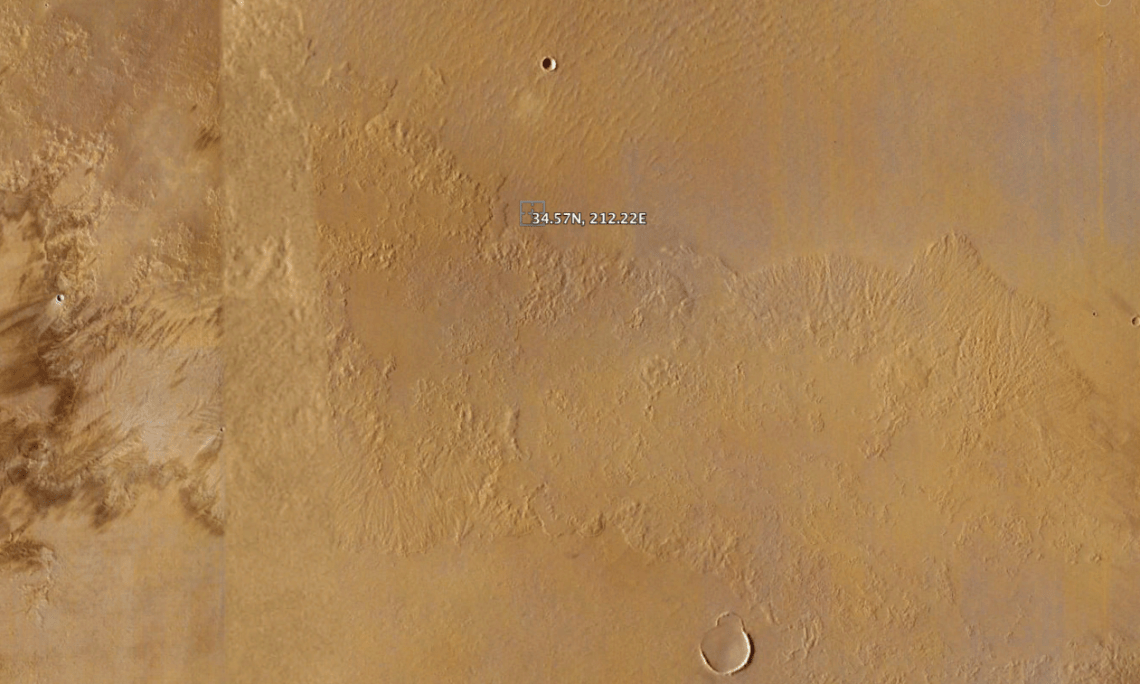 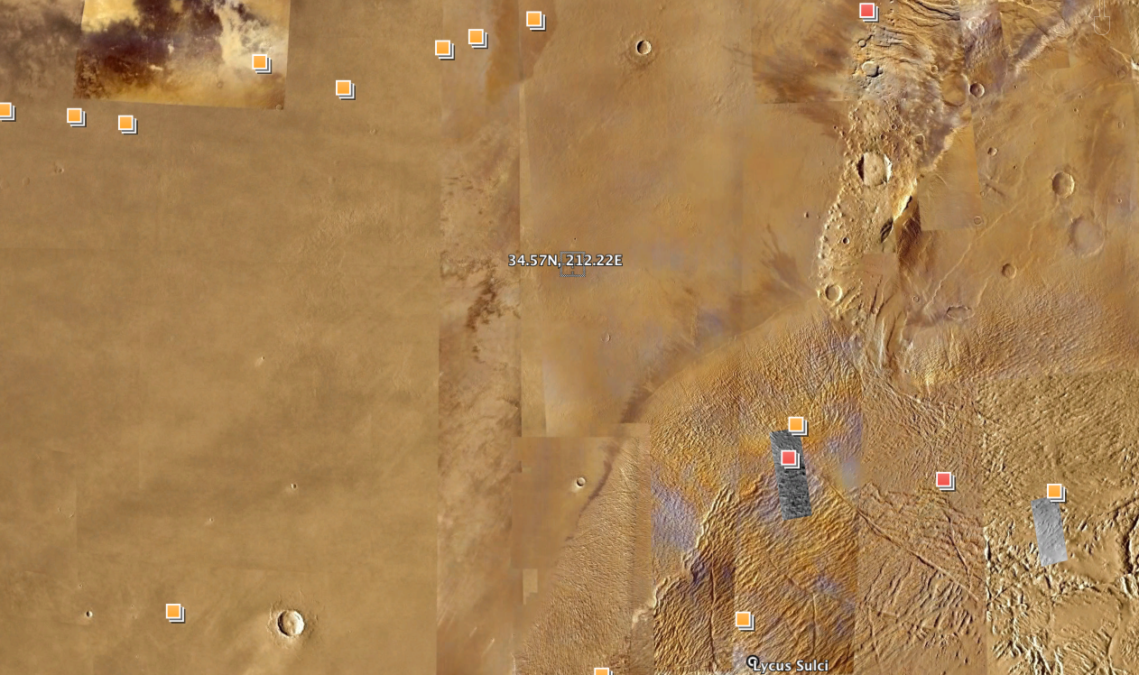 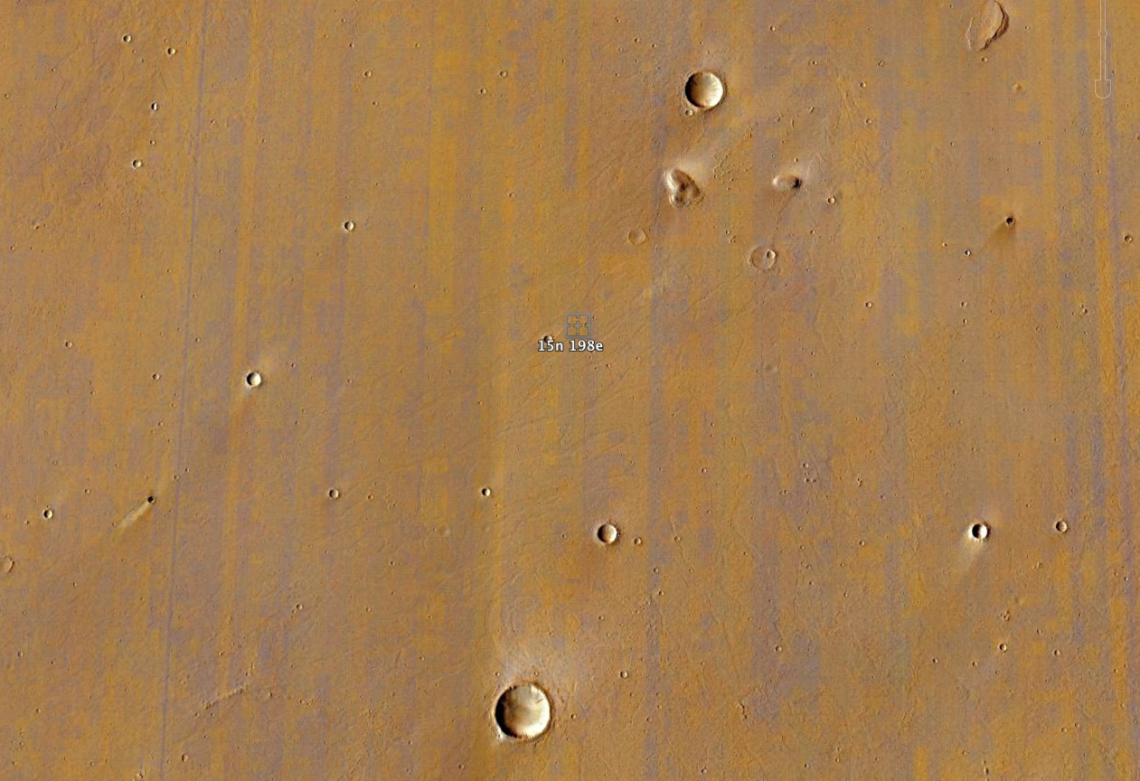 Unlike the last few, this one has some non-volanic geological structures just seven miles to the northeast. The Subject describes more roadbeds here but not much more. 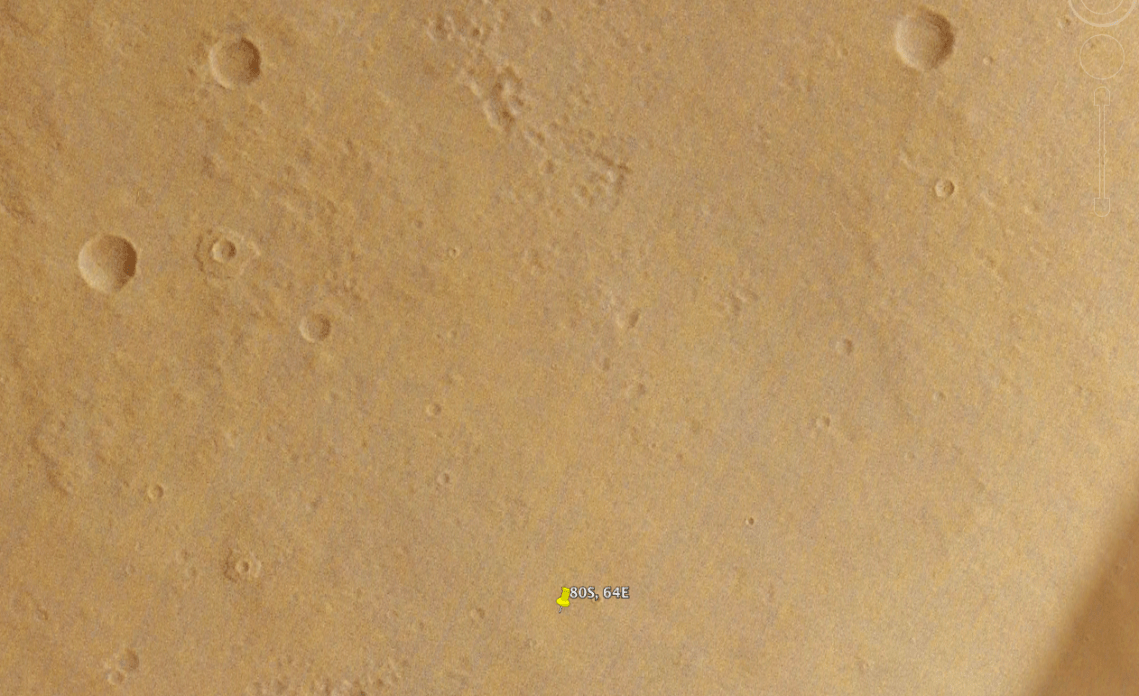 Few things of interest save a number of craters. This is where the Subject claimed to have seen huge pyramids he described as “shelters from storms.” This is where he said the last of this race had gone to wait for “others” and then to die. There’s no evidence of anything that might have ever been a structure now, huge or small.

All of this is, of course, inconclusive but it is fascinating that someone involved in this project would describe an ancient Mars-like place when they could have chose to see literally anything else in the universe if they were attempting to make it up.

The rest of the Stargate documents are available from the CIA reading room here.

There’s Something Evil Looking For Little Girls In Stratford, And I’m Finally Ready To Confess The Truth Behind What’s Happening To Them