By Chrissy Stockton Updated October 29, 2021
Unfortunately as of 9.20.21 Gabby Petito is no longer missing, her body was found in Wyoming. On 10.12.21 her cause of death was strangulation. On 10.20.21 partial human remains were found near Brian Laundrie’s backpack at the Carlton Reserve. Updates posted at the bottom of this article. 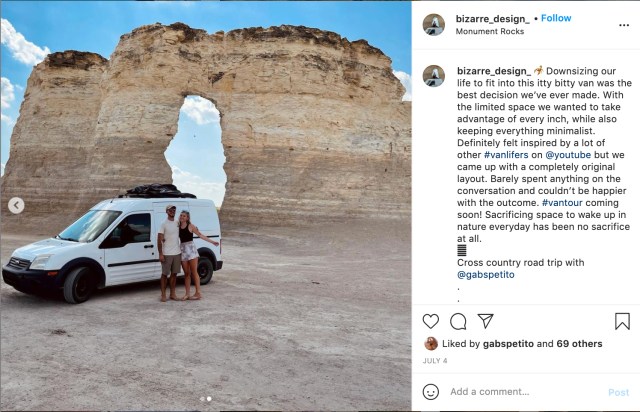 Update 9.24.21: A federal arrest warrant has (finally) been issued for Brian Laundrie. His parents say he left their North Port, Florida home on Sept. 14 with no phone or wallet.

The arrest warrant was issued for what sounds like Brian Laundrie using Gabby’s debit card and PIN number on August 30 and Sept. 1. The charges totaled over $1,000 which make it a federal crime.

Now that he is wanted for a federal crime, Brian’s parents will face stiff consequences if they don’t cooperate with the investigation.

We wish the feds the best of luck in the manhunt.

Update 10.20.21: Today items belonging to Brian Laundrie were found at the Carlton Reserve. These items include his backpack and notebook. Near the items, partial human remains were found. The remains could belong to Brian Laundrie but Special Agent in Charge Michael McPherson with the FBI Tampa office chose not to identify or comment on the remains in a brief update this afternoon.

The Carlton Reserve has previously been searched but the area where the items were found was recently underwater. McPherson says that he is currently using all available resources to process the site. While he did not take questions at today’s briefing, he says that he is working diligently to provide answers to the public and Gabby Petito’s family.

The Laundrie family lawyer, Steve Bertolino, says Brian’s parents will not comment until the remains are identified. The 25,000 acre Carlton Reserve is where Brian Laundrie told his parents he would be hiking the day he disappeared, September 13. It is unclear how Brian travelled to the park and if he drove, how his car was returned to the Laundrie family residence.

Daphne Westbrook Has Been Found