Making American Civil War 2 seem ever more plausible, there is video today of a 15-year-old protesting at a Trump rally in Janesville, Wisconsin seemingly in support of Black Lives Matter and possibly a part of the group ‘Showing Up for Racial Injustice’.

In the video, the girl claims that she has just been groped by a middle-aged Trump supporting male who denies it. 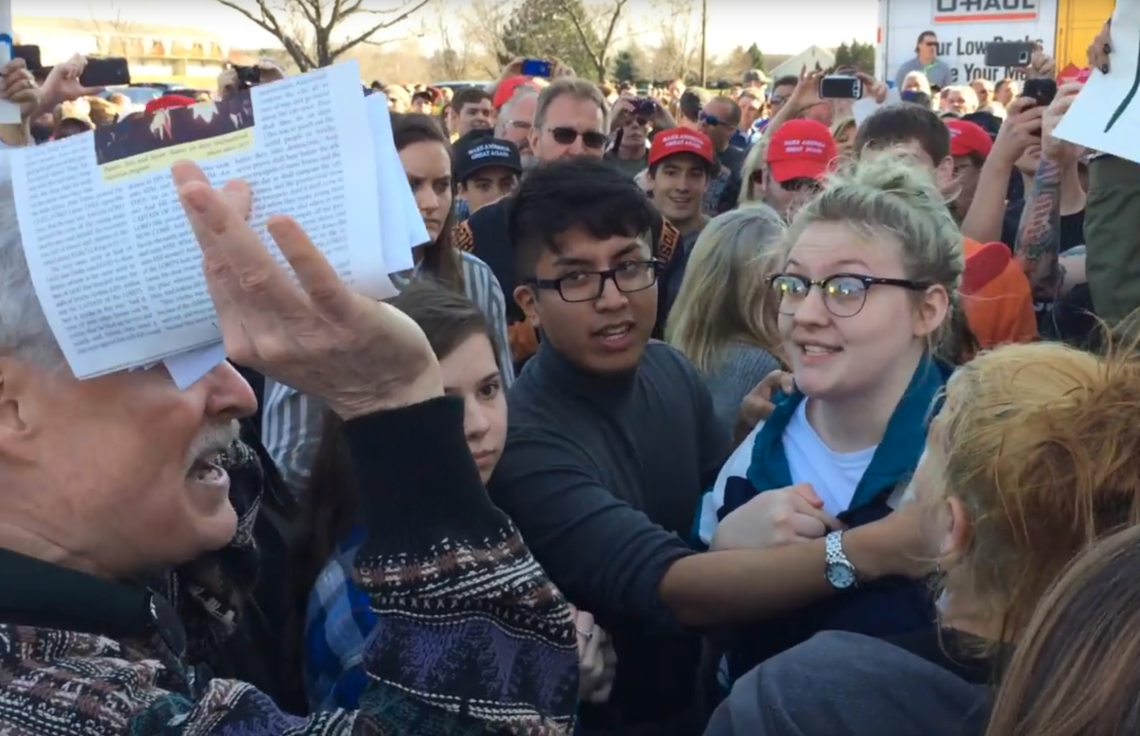 Later in the video, after an argument, she appears to punch or try to punch him. 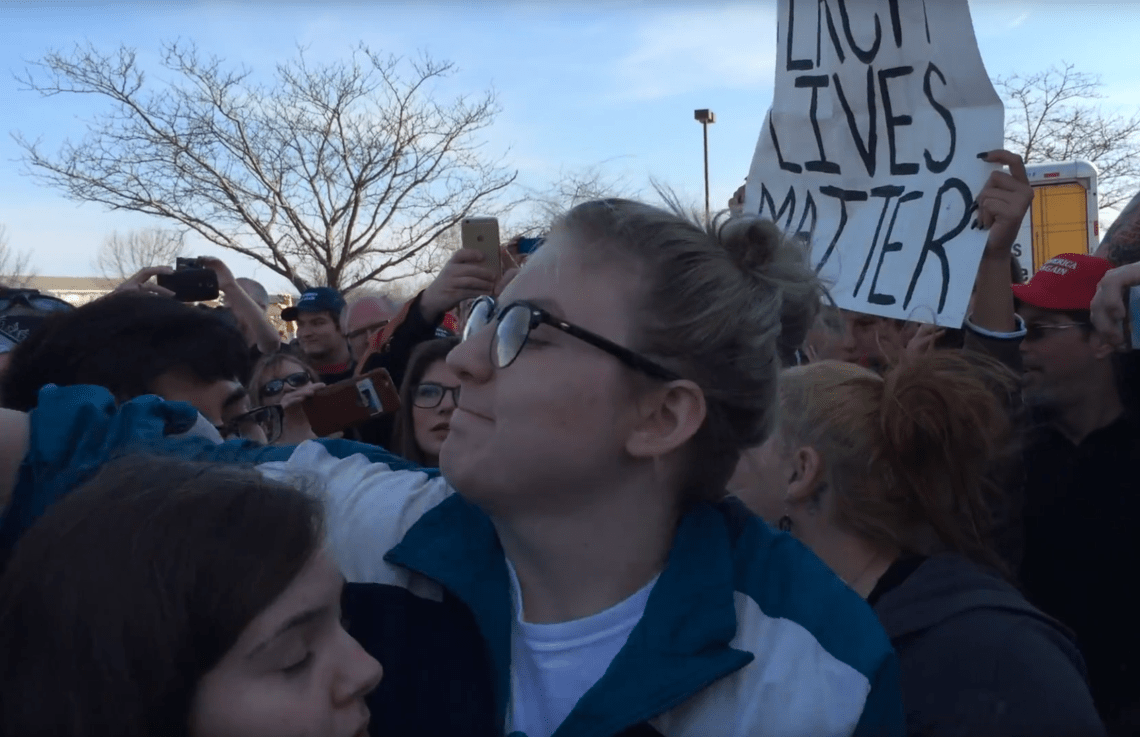 Then someone pepper sprays this teenage girl in the face. 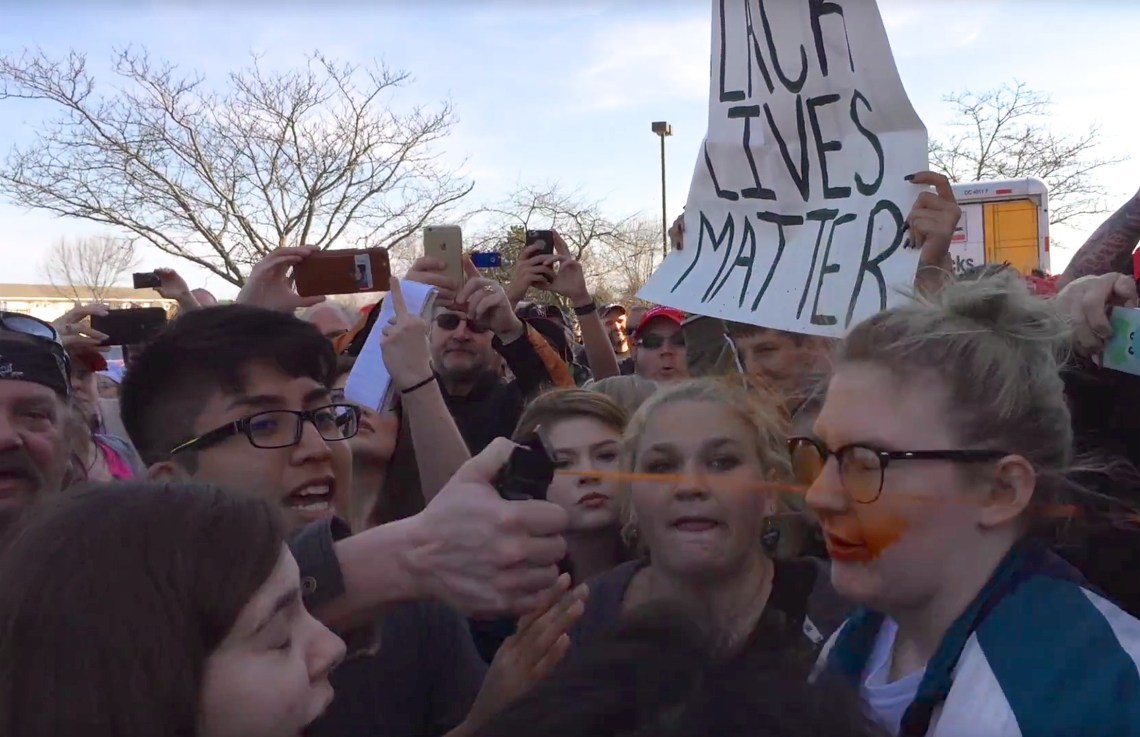 Here’s the entire video from the first of two angles.

Did he grope her? The first video doesn’t show what happened before filming began but the second video does.

In it, the same man is apparently lecturing the young girl and using what appears to be some folded papers and is poking them towards her upper chest area. This next image happens at 1:26 in the video. 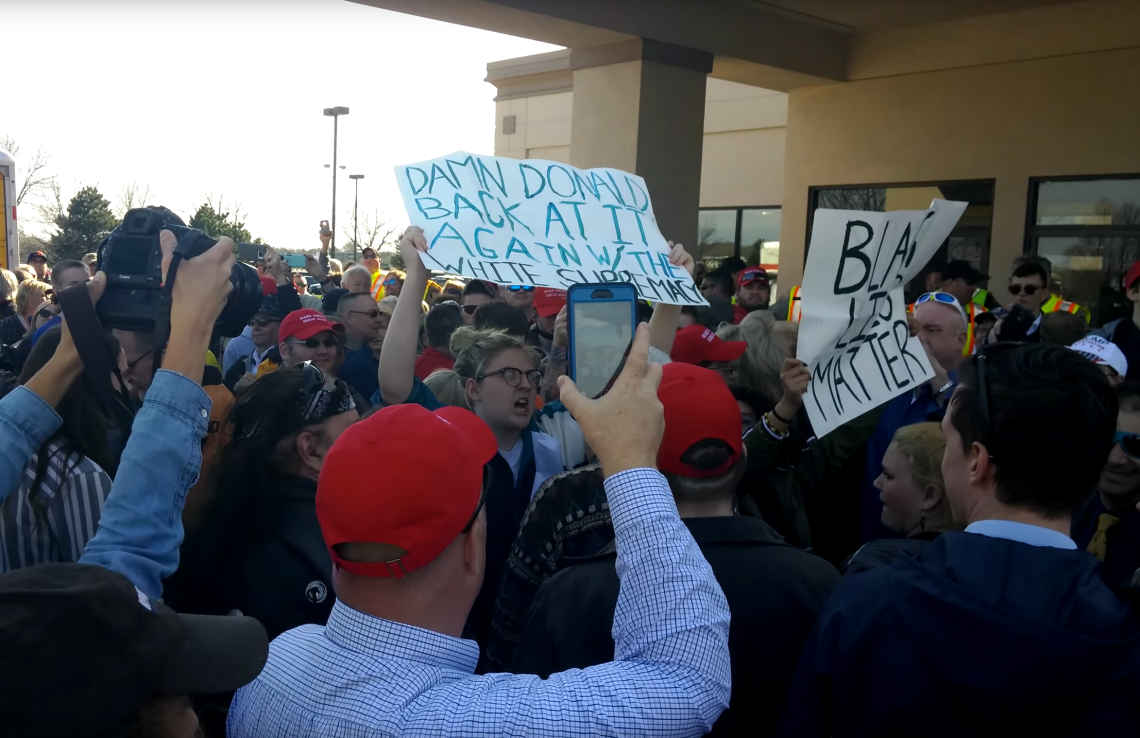 And you can clearly see and hear her say “don’t fucking touch me!” She then stops holding up her sign and the two argue. Moments later, she pursues the man and appears to punch him and make contact. 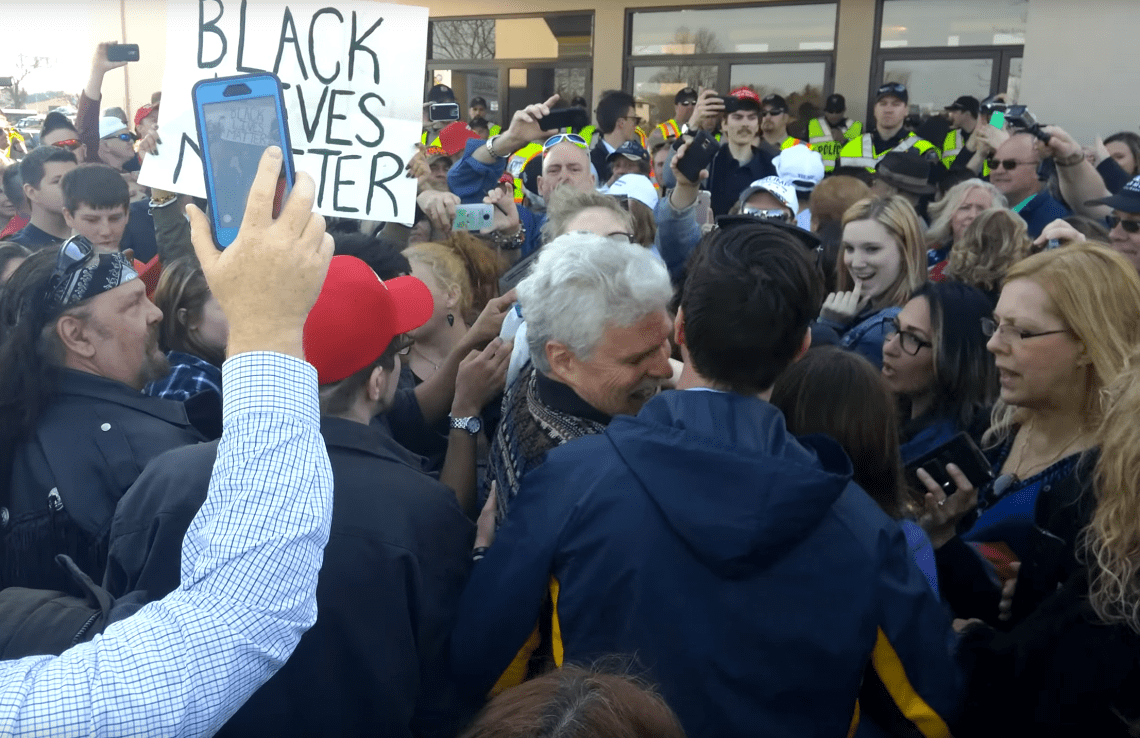 This occurs at 2:03. Then someone, it’s difficult to tell who, pepper sprays her. Here is the full version of the second video.

The Janesville Police Department is currently looking for (and may have found, by now) the middle-aged man accused of groping the teen as well as the individual who pepper sprayed her.

A 15 year girl from Janesville was peppered sprayed in the crowd by a non-law enforcement person. A 19 year old woman from Madison received 2nd hand spray as well. Both individuals received medical attention at local hospitals. A male in the crown groped the 15 year girl, when she pushed him away; another person in the crown sprayed her. We are currently looking for two suspects, one for the sexual assault and one for the pepper spray.

So, assaults and fights and arrests continue at Trump rallies but in this case it’s difficult to see who is at fault and, as in any situation within a highly emotionally charged crowd, getting the truth out of this looks like it will be a chore.

However, one thing is clear, this is exactly the America none of us want.

13 Tips For Modern Girls Who Want To Avoid Sexual Assault