In the long history of the internet there is a stack of screen shots miles long that detail the tantrums men throw when their manhood is questioned. It’s happened to me — once I happened to fall asleep late at night while texting someone I was getting to know from Tinder, and woke up to this: 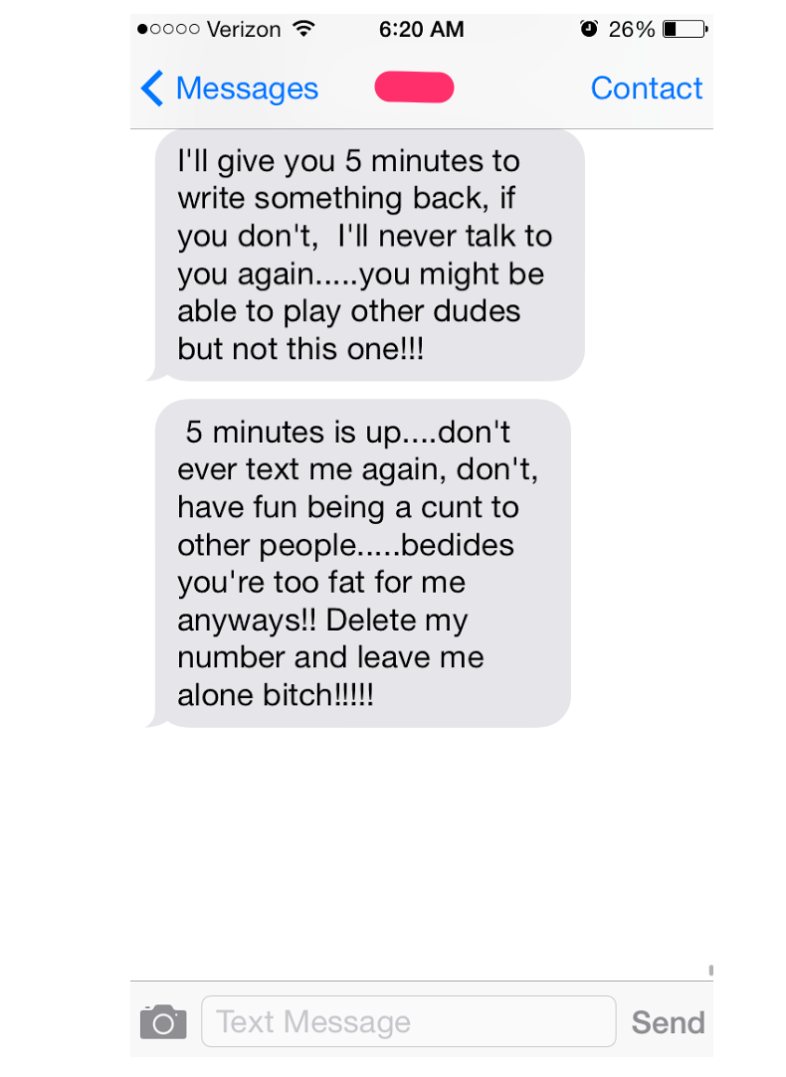 For whatever reason, men on dating apps tend to be, should we say “touchy”?

The company that owns the dating app Bumble recently got work of a similar instance happening when a guy flipped out because a girl asked “what do you do”? I get that sometimes dating — and especially dating apps — can sometimes feel like a job interview where the other person feels like they’re putting on a show so you can determine whether they’re “good enough”. But it’s a two-way street. You judge people harshly on their appearance, and you judge people harshly based on whether they live up to the idea of the kind of person you want to be with. Unfortunately, one of those things happens on first look, and the other takes a few prying questions.

But again, getting to know someone and seeing if you can picture a life with them is what dating is about. The big things about your life: what you look like, what you do for work, whether you have kids, what your home situation is like — those aren’t a secret. Those are the first things you should tell people so you can mutually decide if you’re compatible. If you’re super worried about gold-diggers, it seems like suggesting a cheap/free first few dates would easily weed that out.

In response, Bumble had this to say:

It has been brought to our attention that you lost your cool on one of our female users named Ashley. She made small talk, you felt personally attacked. She mentioned her work day and asked about yours; you assumed that she was prying into your financial status.

We are going to venture a guess into the state of mind of Ashley here, given that we are all working women ourselves. Take a seat, because this concept may blow your mind. Women nowadays work. It’s happened over time, we know, but a vast majority of women from our generation have jobs.

With that in mind — and knowing that Ashley simply mentioned work in the conversation — we can gather that she wasn’t hoping to figure out if your wallet was sizeable enough for her to move into your house and start cooking dinner for you after vacuuming your living room while you clock in a 9 to 5 work day. Instead, Ashley was (wait for it, Connor, because this is where things really get interesting), viewing herself as an equal. It might sound crazy, but people connect over the basic routines of life. You know… the weather, working out, grabbing a drink, eating, and working.

And while you may view this as “neo-liberal, Beyonce, feminist-cancer,” and rant about the personal wounds you are trying to heal from classic “entitled gold digging whores,” we are going to keep working. We are going to expand our reach and make sure that women everywhere receive the message that they are just as empowered in their personal lives as they are in the workplace. We are going to continue to build a world that makes small-minded, misogynist boys like you feel outdated.

We are going to hope that one day, you come around. We hope that the hate and resentment welling up inside of you will subside and you’ll be able to engage in everyday conversations with women without being cowardice to their power. But until that day comes, Connor, consider yourself blocked from Bumble.