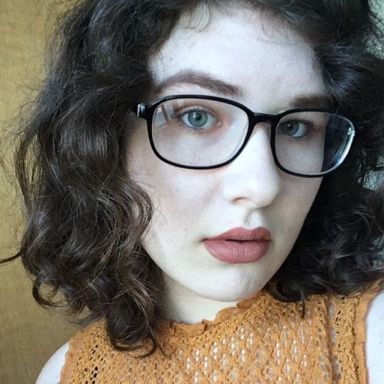 One of the best things about you is your desire to make amends with those that you’ve hurt in the past. For a long time, you allowed your mistakes to suffocate you, ignoring the steps it would take to fix what was broken, but that wasn’t who you were or who you wanted to be. You need to stop thinking of yourself as a person that is reckless and dangerous. Nearly everybody has given you permission to move forward, except for you. It’s time to forgive yourself. You need to forgive yourself.

Despite the emotions that you tend to wear so clearly on your sleeves, you’ve never been one for confrontation. You’d prefer to let discomfort sit dormant inside of you rather than initiate a conversation you cannot completely control. It always comes back to this, doesn’t it? Your desire to keep everything manageable. Life is not always going to be a script and you’re not always going to play the actor. I want you to know that the sooner you become comfortable with the uncertain, the happier you’ll be.

While you’d deny it in a heartbeat, contradictions make up the bulk of your personality. One day you’ll desire something, and the next you’ll claim that it’s a waste of time. Life is a seesaw and you constantly wander on autopilot from one side to the other. Why are you so scared of committing to a singular version of yourself? Why is it that you try so hard to hide your want until nobody is watching it? Why do you continue to make it impossible for others to know you in the way you so desperately wish they would?

You have always known love as something tactile, an emotion that can somehow be measured or quantified by physical acts of service. Even if you haven’t consciously acknowledged it, this has been a driving factor in multiple areas of your life. With that feeling, however, often comes a sense of pressure to succeed no matter the cost to your physical or mental health. Spend some time thinking about the role you choose to play daily. You do not have to constantly be useful in order to be worth loving.

It’s a terrible cliche, but, if you never try you’ll never know. You have so many big dreams, so much enthusiasm for life, but you cut yourself off at the source by refusing to take the necessary jump. It’s okay to be scared of what’s next, but sometimes you have to face your fears regardless. Bravery is not something that finds you on its own: it needs to first see that you’re trying and that your heart’s in the right place. Remember, the worst that could happen is extremely unlikely and even if it wasn’t, you’d be able to survive it.

Hard work and dedication doesn’t isn’t always quick to deliver a fulfilling reward at its end — sometimes it needs extra time in order to make magic happen. Just because things aren’t going the way you’d hoped they would, that doesn’t mean you chose the wrong path or that you’ve wasted valuable time. Pursuing your passions should never be something that you view as a mistake. Don’t let self-doubt convince you of otherwise. The only person holding you against a stopwatch is yourself.

Even though you try your best not to flaunt it, you’re the type of person that thrives on attention. This isn’t inherently bad: everyone needs some form of extra regard in order to feel comfortable and validated in their humanness. Lately, however, your mirror has taken complete control of your line of vision. When’s the last time you asked someone how they were and really listened to their answer? Don’t deny others what you’re so desperately hoping to receive. Be patient. It’ll get easier.

Sometimes you become so focused on building up the walls around your heart that you don’t realize who you’re leaving on the outside. There are people in your life that care about you very much and I know that sometimes your anxiety tells you this is a lie, but it isn’t. In times of strife don’t willfully ignore or blind yourself to positivity. Yes, things are difficult, but you don’t have to go through it alone. There is a support system waiting for you if you’re willing to let it function.

You often ignore your instincts in the pursuit of being perfect, because when it comes to your life you’d rather play it safe than risk it all. Believe in your strength. If something seems wrong or “off” ask yourself what’s causing you to feel this way, instead of brushing it to the side and proceeding with your guarded and predetermined course of action. Listening to your emotions and hunches does not make you weak: it gives you yet another edge to wow them with.

In the moments where you find yourself the most stressed out, it’s often because there’s a lack of clarity and you don’t know how to cope with it. You like to define your life in terms of its details, how closely it follows your idealized schedule for the future. Try to turn your attention to the minute into something more constructive. Take more notice of your day to day actions. Focus on the inconsistencies that make life beautiful rather than hazy.

The standards that you hold yourself to are so much higher than they need to be, and the reason behind that is one you’ve never really considered. Does it, perhaps, have something to do with all of the people that told you you’d never make it this far? Who is all of this sweat really for? Please keep in mind that you don’t need to prove yourself to anybody. If you’re comfortable with your accomplishments, then there’s no reason for you to worry about whether they’re important enough. They are. They are.

You feel secure in the image you’ve constructed for yourself: the person with the tough exterior, the shoulder to cry on, the one that leaves before anybody can get hurt. But you don’t have to be just one thing. You’re allowed to crack under pressure, shout about how loudly your chest echoes in the night, stay longer than you should. It’s impossible to make better mistakes if you don’t give yourself the opportunity to make them. You are not used up. You are endlessly remaking yourself in your own vision.