By Brianna Wiest Updated October 21, 2018
Milly Cope
An internal conflict is what happens when you have two coexisting, but conflicting, wants or desires.

An internal conflict creates a feeling of being “stuck,” or as though there is no way to “win” in that situation. However, internal conflict is often just a misunderstanding of your needs, and can be resolved.

So many things actually constitute internal conflict that very few people realize. Procrastination is an internal conflict. So is not being willing to commit. A lot of subconscious self-sabotage occurs because of coexisting, but contradictory, needs or desires.

There are said to be 8 different types of internal conflicts, each addressing a different aspect of our deepest emotional experiences.

Moral conflict is when we have contradictory beliefs about ethical behaviors. It is what happens when you feel as though you have to choose between two behaviors that are equal but opposing goods.

Plato offers a good example of what a moral conflict is in The Republic: say you had a friend from whom you borrowed a knife. You knew that this person was not in a healthy state of mind, and are trying to decide whether or not to give it back. On one hand, you are stealing, but on the other, you could be potentially preventing someone getting hurt.

Sexual conflict tends to occur when people hold an opposing desire and belief about sexuality. For example, someone could want to have sex with their significant other before they are married, but due to religious reasons believe it is a sin.

Another common example is members of the LGBTQ+ community who feel conflicted about whether or not they should embrace who they know themselves to be, or abide by religious or social teaching that they have learned since they were young. Or, in another case, someone could be conditioned to believe that monogamous relationships are the only ones that are morally correct, and yet find themselves better suited for polygamy.

Having a religious conflict is what happens when you aren’t able to reconcile certain teachings about your faith. For example, the most common religious conflict is wanting to believe in an all-loving God, and yet not understanding why such terrible, unfair things happen in the world if a personal god is indeed guiding and influencing the minutiae of our lives.

Another example could be that once someone is presented with research or evidence that negates a religious teaching (such as, for example, in the case of evolution) and yet they feel torn about whether or not to ascribe to what they understand is factual, as they were taught that there is a mystical explanation.

Political conflict is what happens when someone feels as though they cannot completely agree with everything that their political party stands for, or when they struggle to determine what the best and most just course of action would be on any given policy.

A political conflict occurs when your values don’t align with that of your party and your society. It is especially prevalent if your beliefs aren’t the same as those you are closest with, such as your family members. When this is the case, it can lead to a lot of internal turmoil, and isolation.

Love is actually one of the most common ways that people experience internal conflicts. For example, they can find themselves totally in love with someone, and yet not wanting to commit to a relationship with them. Or, they can be in a happy relationship, and yet take out their worst anger on their partner, whom they are supposed to love and care for more than anyone else.

Romantic relationships, in particular, have a way of making people more vulnerable and sensitive than they ever have been before. This can lead to a lot of fear and resistance, which creates these tense dynamics between loved ones.

Self-image conflict occurs when we behave in a way that is out of accord with who we believe ourselves to be. For example, we can pride ourselves in being “kind,” and yet when someone threatens or upsets us, not think twice about speaking badly about them behind their backs. That action is, of course, unkind, but we adhere to our previous self-image and disregard the contradictory behavior.

On the other hand, self-image conflict can be a strictly physical thing, wherein someone wants to believe that they are good enough they way they look, and yet has trouble totally accepting themselves, and feeling as though they desperately wish to be more beautiful, attractive, etc.

For example, we might really dislike our boss, and yet we have to be kind to that person because our jobs depend on it. Or, we may dislike drinking, but go to the bar regularly because that’s what’s “cool” to do.

Existential conflict is similar to an existential crisis, wherein someone can find themselves feeling totally torn and confused about the “big questions” in life. For example, someone with an existential conflict can at once believe that life is about enjoying each day, yet at the same time, one must prepare for the future in order to ensure that it’s positive.

Or, in another example, someone can believe that war is an ultimate evil and is never excusable, but when certain precedents are presented that necessitate some kind of conflict for the sake of protecting other human beings, that person may find themselves unable to discern what the “right” thing to do is.

Of course, just understanding that these conflicts exist doesn’t explain why they exist. Understanding why they happen is actually essential to ensuring that they don’t in the future. Here are some of the main reasons why people develop internal conflicts.

“Stress happens when your mind resists what is… The only problem in your life is your mind’s resistance to life as it unfolds.” ― Dan Millman

Resistance is the state of knowing you want or need something, and then subconsciously holding yourself back from completely enjoying, experiencing or beginning that thing. Resistance is ultimately a self-defense mechanism. Once you identify something you really love or want deeply, you understand that the pursuit of that thing will make you vulnerable. Resistance is your body’s super intelligent way of slowing down, and making sure that it’s safe to get attached.

What’s important to understand about internal conflicts is that they are essentially a misalignment of your wants and needs. Resistance is almost always a key player in why that occurs: you want to do something, and yet you’re almost holding yourself back, without realizing why.

Of course, that “why” could be a lot of things: old beliefs you have, deep seated fears you’re unconscious of, feeling intimidated about what your family or friends could think. Regardless, resistance is a big part of internal conflict, and occurs when our thoughts, actions and beliefs aren’t totally aligned.

“According to Buddhist psychology, most of our troubles stem from attachment to things that we mistakenly see as permanent.” – Dalai Lama

The other issue at the core of internal conflict is attachment. In every scenario, there’s something that we want or need to choose or do, and yet there is some other, deeper, older attachment that is preventing us from doing so.

To overcome internal conflict, we have to make a choice. We have to get clear on who we are, what we want, what we need, and what we’re going to prioritize. Often, overcoming internal struggles is a matter of understanding ourselves better, and living in deeper accordance with who we really are. This requires three things that are often missing when someone is in a state of internal conflict:

What is your vision for your life? How do you want to live?

Of course, for some people, understanding their vision for life is another source of internal conflict, as it brings up a mix of ideas and thoughts that you may want to have in life. This is what’s important to remember: you are allowed to want different things. You are allowed to want a lot of things. What matters is that you have the essence of it all well-defined.

This is also sometimes called reverse engineering. Super successful people argue that the way to achieve the life of your dreams isn’t to start with your behaviors and try to manifest them into achievements, but start with the achievement, and then break down what you would need to do each day, week, month and year to get there. 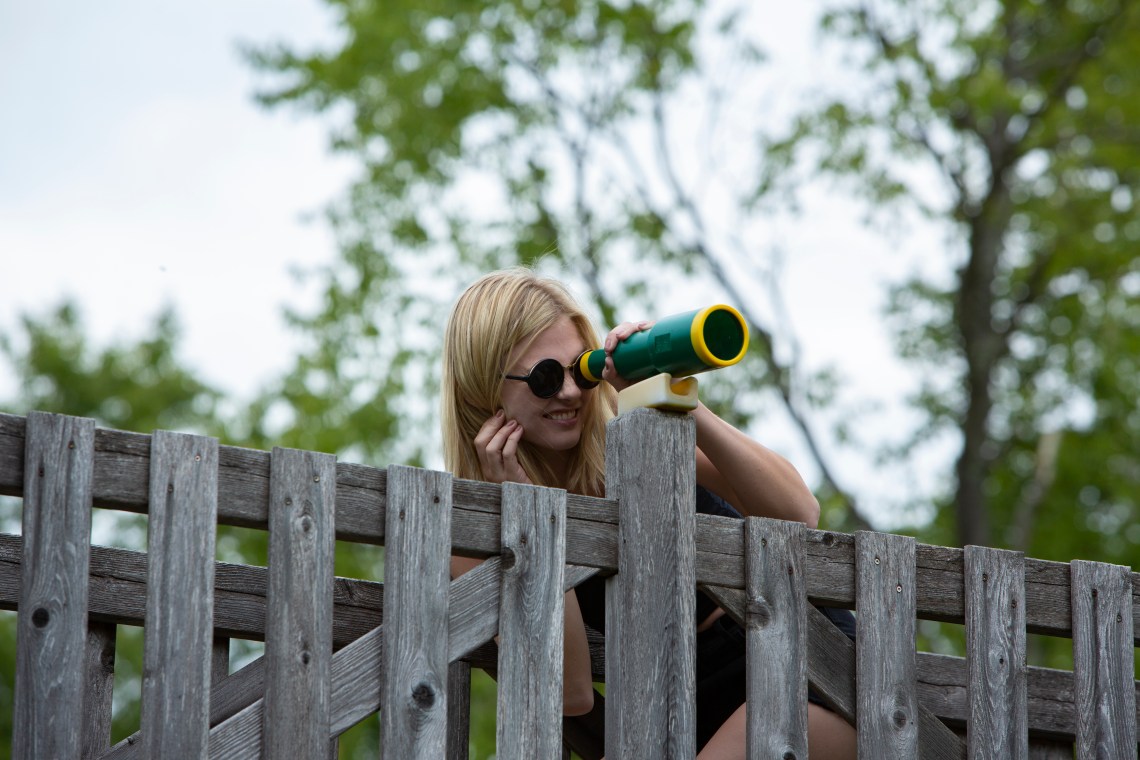 Regardless, it all starts with a vision.

Another reason people find themselves in a state of internal conflict is due to a lack of knowing their values, priorities and what they really want for themselves in the present. This indecisiveness is, at its core, just a lack of clarity.

Clarity is understanding where your values and priorities align. It is knowing how you want to live each day. It is having a deep understanding of who you are and what you believe you are here to do.

Arriving at these conclusions is not easy, which is why so few people do. It requires a lot of self-reflection, and also the willingness to be honest with yourself. Journal, think, make lists, reflect, ask friends for their advice. Start to figure out what you do and don’t respond to, what makes you passionate versus what makes you apathetic, what you care about and what you don’t.

You only have so much energy to expend in your life, your clarity should inform you what it’s worth spending on.

This is what happens in the case of sexual conflict, for example. If you aren’t clear on the fact that you are someone who is LGBTQ+, you are going to live your life in a grey area between wanting to explore and thinking you can’t.

In another example, if you aren’t clear that you are ultimately in control of your life, you might have an intense religious conflict because you both recognize that reality can’t always be explained in a secular way, but if you are afraid that you can’t handle your own existence, you will be deeply attached to believing in a personal god.

Though everyone is always evolving and changing, having an understanding of who you are at your unmoving core is essential to overcoming internal conflict. Once you know the truth, you can act in truth, and let all the other fears fall by the wayside.

How To Stop Avoiding Conflict And Actually Work Through It

Conflict Is Not A Problem, What You Do With It Is

How To Ensure That Your Significant Other Feels Loved And Wanted

Give Yourself Permission To Be Relevant In Your Own Life