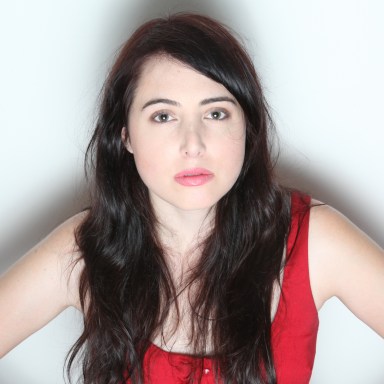 So you’re dating a Libra (born September 23 – October 22). Is it because they don’t want to break up with you? Libras hate conflict. Nah, I kid, I’m sure you’re the bee’s knees!

Libras love to have a good time, and will create a good time wherever they are. You could take your Libra to a post office for their date and they’d somehow find a way to get psyched about it – and if they don’t, they’ll never tell you. (They might tell Twitter, though.) Libras are like Elmo – agreeable little cuddly monsters who are curious about the world around them and deep down, want the best for everyone. So take them by their muppet hand and show them a good time.

Libras are the ones with the whole scale of justice thing, which means they tend to be indecisive. So when making plans with your Libra date, don’t count on them to offer any solid input. Just make your plans and tell them to come along. And because they hate confrontation, even if they don’t like your plans, they’ll go anyway. In fact, the more excited a Libra sounds about your plans, the more they probably hate them. But again, they’re not going to make waves, no – they’d rather stand on the shore, grateful that they’re not responsible for the tide. So don’t worry too much.

While on your date, set aside some time for you and your Libra to really talk. Libras love mental gymnastics. A movie is perhaps not the best choice of first date for a Libra, unless it’s one of those complicated movies with a twist ending that you can talk about for hours later. The Libra will decide the protagonist was dead the whole time, even though you’re sure it was obviously just a dream – and if you say so, they’ll probably just agree with you. Not only do Libras dislike confrontation, but they’re also very enthusiastic. They’re just happy to be here. But really, they like being mentally stimulated. They like reading. They like writing. They like being Libras. They like arguing – but a cheerful, muppety sort of arguing. Like Kermit, they’ll probably throw their wobbly arms around in the air, like they just don’t care.

But Libras DO care, about a lot of things. Just don’t expect them to come right out and tell you what’s on their mind. If a Libra looks pensive during your date, it could be about anything – from the food, to their upcoming dentist appointment, to pondering the lyrics of Pharell’s “Happy” – whereas if a Scorpio is pensive during a date, it’s probably because they’re wondering why you haven’t had sex with them yet. (Scorps, I kid. I kid because I’m one of you. Cheers.)

The best place to take your Libra date is a party, because they’re very good at socializing. Oh, sure, they may grumble to themselves beforehand, “I can’t believe I have to go to this stupid party and wear a stupid costume” but watch them wear the best damn costume and have the best damn time. They’ll be exchanging business cards at the same rate they exchange quips – rapid fire. Stand back when a Libra’s at a party. In one hand will be a drink, and in the other, the stack of business cards they accumulated from being their jolly selves, from patting people on the back and saying “hi”, to complimenting your friend Steve on his borscht.

And we all know how good Steve is at making borscht.

So good luck with your Libra date. You’re sure to have a good time. Just pretend they’re a muppet. In fact, pretend you’re BOTH muppets. It will all make so much more sense.

Let's watch Lost tonight. You can be my black John Locke tonight. My book is available here.