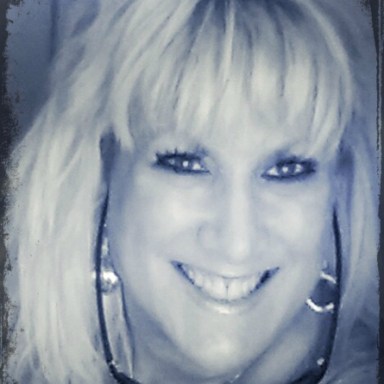 When we dump a narcissist or even when a narcissist dumps us, one of the things that they do to make themselves feel better is embark on a smear campaign. Running a smear campaign somehow provides the narcissist justification as to why we were never worthy of their presence to begin with. By constantly talking smack about the discarded partner…by getting “the word out” about how horrible his or her ex is…the narcissist feels pumped up and vindicated about however the relationship happened to end. Now, if the narcissist and his ex share mutual friends or happen to be co-workers or have children together, the campaign can obviously cause a great deal of anxiety for the victim partner. If this partner happens to be you and you’re reading this article, I’m going to explain a foolproof method for handling this problem and the solution is really very simple. You basically have to say nothing at all….not a single thing…and believe me, there will be a whole lot of power in your silence.

When someone is talking shit about us to others, our first – and natural – reaction is to want to defend ourselves. In many situations, of course, defending ourselves is the right thing to do but when the person talking smack about us is our narcissistic ex, I have found that silence (on our part) is the absolute and only way to beat this person at his or her own game. In fact, when our narcissist’s mouth is flapping, our silence works to our benefit in SO many ways for the simple reason that it instantly exposes the narc for the asshole that he or she really is.

The truth is that we don’t have to defend ourselves when the person talking smack is a creep beyond words. We just don’t.

It’s a fact that a narcissist will talk bad about us to everyone – his family, our family, our kids, mutual friends, co-workers – and there’s not a whole lot we can do about it. The smear campaign is one of the oldest narcissistic tricks in the book. Sure, we can run around behind him trying to do damage control or we can embark on a smear campaign of our own but we’re dealing with a narcissist here and he will use our defensive reaction as proof that we are exactly as he describes. If you think about it, this is what we’ve been dealing with throughout the entire relationship! I’m here to tell you that, no matter when a smear campaign begins or how awful it is, all we ever have to do is be quiet, be nice, and be normal and the narcissist will quickly end up looking like an idiot. Yes, it is hard to stay quiet but the results (and rewards) are amazing and they come quickly. This strategy works, by the way, even with narcissists that are well received within the community. It always works.

Think about it objectively. Imagine that you’re part of a group and one couple in the group has a very tumultuous relationship. Whether they are together or not there is always drama and within the group, everyone is annoyed. When the couple finally splits for good and each starts coming around separately, you notice that he (or she) does NOTHING but talk shit about the ex for hours on end while the other half shows up saying nothing at all. In fact, she doesn’t talk – or even want to talk – about the break-up. Instead, she just mingles with the group. At first, it’s awkward because the ex, who has said some horrible things, is like the elephant in the room…but everyone soon gets over that. As time passes, which ex-member of that couple is going to look more favorable to all? The answer is obvious.

No matter what he says, no matter how bad he insists that she is, the fact that she maintains silence, never even uttering his name, automatically casts doubt on everything he says. Her silence creates plausible deniability in her favor and, again, it always works!

Is it hurtful to know that the narcissist never has a nice thing to say about us behind our backs? Of course it is. It can be devastating. I know this because my ex was a backstabber for 13-years whether we were broken up or not. Did I ever feel embarrassed socializing with friends knowing what he might be saying when I’m not there? Of course I did! But the truth is this: people really don’t want to hear about it and they will WELCOME your silence. We imagine that everyone hangs on a narcissist’s word like we do but this simply isn’t true.

This strategy is foolproof…and why?

Because in the end, the truth really does prevail and our silence allows it to happen.

Just ask a narcissist – the master of the silent treatment – how powerful a silence can be. The final break-up just happens to be the one time where the narcissist can’t seem to maintain a shred of silence at all but this time it works to your advantage.

So, pay no mind to what your narcissistic ex is saying about you or how awful the lies happen to be. All you have to do is stay quiet and act normal. This strategy also works while co-parenting, meaning that when the narcissistic ex is talking smack about you to the kids, you simply don’t reciprocate. The kids will figure out soon enough who the villain parent really is and they will do it on their own. With friends, family, and co-workers, the silent defense is foolproof. Believe me…the switch-over in the minds of all who listen will be swift. Finally – and maybe for the first time since you’ve known this person – you will have beaten the narcissist at his own fucking game and you will have done it without saying a single word.

This Is How You Tap Into Receiving