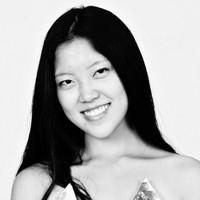 I don’t know exactly how it happened, but I fell for you hard.

When you left, I was a wreck. I thought I was going to die from the pain. Later on, when I started writing fiction, I realized I was unable to write happy endings for the love stories I’d dream up.

Someone once wrote that when their friend passed away, the sun stopped shining, the world went dark, and they missed him more than they could bear. When you left me, I felt the depth of that loss for you, except I was mourning the living. Perhaps my grief was directed internally, because when our relationship died, a part of me died with it.

You never really said goodbye, and I never did get closure. I know you were never big on words, but this hurt me for a long time. I finally understood what T.S. Eliot meant when he wrote, “This is the way the world ends, not with a bang, but a whimper.” Maybe that silence was intentional on your end. And maybe a lack of closure over a long enough time scale is a form of closure in and of itself.

I’ve thought about this more than I thought was possible, analyzed and over-analyzed every little interaction we’ve ever had. The only conclusion I was able to come to was that this was not a situation that can be intellectualized away, only something to be felt and ultimately appreciated for what it was.

I try not to think about the details anymore. When I think back to my memories with you, all I’m left with now is a feeling of tremendous sadness and loss. It comes back to me when I listen to certain songs with an emotional undertone, when I watch certain scenes in movies. Just a feeling. That’s all I have now, all I have left of you.

There is a Japanese concept called “kintsugi” that spoke to me recently. When cherished porcelain wares break, they mend the cracks with gold lacquer. Rather than trying to hide the breaks, they accentuate them with precious metals. It makes the whole stronger and turns the broken pieces into art.

I fight harder for love now. I’m more willing to take the risk. Because I know how crushing it is to wonder, What if? What if things could have been different between us? What if you knew how much I loved you? Would it have changed anything? Would it have mattered? The truth is, I’ll never know, and I have to live with that.

I was never big on love letters—words of affirmation were never my strength. But once upon a time, you made me feel things I didn’t know it was possible to feel. I was more afraid to lose you than I was to lose myself, and for a time, I felt like I’d lost everything.

But that time is in the past now. The relentless hand of time ticks on. I look back now and I wonder about us sometimes, but I no longer hold those regrets close to my heart. Sometimes, it’s better to let go.

Consider this my parting farewell, my friend.

Keep up with Yehong on quora.com