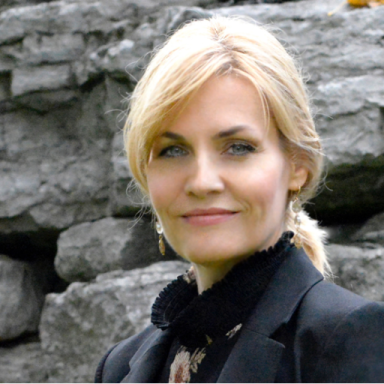 I didn’t realize it but after a weekend of emotional eating, sidetracking an annual event I don’t typically miss, I thought I better break it down and get to the bottom of it.

I was in a relationship and it didn’t exactly work out. No big deal. It happens all the time, right?

True. But this relationship was different. It impacted me. It was a real turning point with respect to how I felt about myself and my life. I can’t say that for every relationship I’ve been in. We learn things but we don’t always change things as a result.

Red flags. I was completely out of my element and confused almost from day one. His actions were so contrary to his words and his words were so contrary to his actions that I couldn’t quite, ever get on solid ground. I was attracted to him and the familiarity of his presence—he felt so much like family, that I overlooked the reality. I thought this instability might be a good thing since I didn’t seem to be overly attracted to men that were offering the opposite. So I hung in there.

We didn’t treat each other well. Ok. I’m going to get real and let myself be a victim…something I can’t stand doing because I know I enabled the behaviours but I need to say it and let it be. Maybe the truth will set me free and help me to stop waiting for something that’s never going to happen.

He didn’t treat ME well. That’s a fact.

Words are like bullets. He said and did terrible things that have taken me a long time to process and move through. In fact, at some point, when I was trying to gather strength and remove myself from that toxic situation, I wrote a list of all the nasty things he said. I still have it. On paper. I stopped counting after it exceeded 100. I cringe now to read it, knowing how much I compromised my integrity and my family by staying.

Unfortunately, at the time, that black and white reality wasn’t enough. I was too caught up in the experience, the potential my gut kept insisting existed, the rush of emotions and the passion we shared.

Don’t worry. I didn’t just sit there. I gave it back too.

Not initially though. I was too stunned and found myself making excuses for his behaviours often. He was in the military and had served several deployments overseas that were shrouded in secrecy. So I filled my thoughts with empathy and assumptions about the horrors he must have seen and granted him leeway far beyond what he deserved. I remember during one particular lunch hour, sitting in church (yes, I know I sound goody-goody but it’s true!), and his text came in. I was trying to distance myself, which never really worked out well. It said, “Maybe it would be easier if I didn’t return after my deployment. If I didn’t make it.” My heart stopped. I knew I was being manipulated but there I was, sucked in once again. Another time, a random exchange about children losing their limbs overseas and another about having splinters in his throat, blood clots in his lungs. My head and my heart were a complete mess.

I don’t believe I’m a doormat by nature and by that point, I don’t think he believed I was either: “I WANT A WOMAN THAT DOES WHAT I SAY!” …another red flag…that’s probably not me.

What I was particularly embarrassed and sad about though was the way I sunk to his level and revealed to him and to myself, a side of me, I had preferred not knowing existed.

It’s in there. It’s not one of my prominent features or anywhere near what I aspire to but nevertheless, it’s in there.

I used to fear it. Feel guilty about it. Pretend it didn’t exist but now, I embrace it because I know it serves a purpose if I’m listening.

I’ve kicked it around. Rolled it over. Looked under and over and through it. Pondered where it came from and what causes it to be revealed.

It made me reflect, gain perspective, forgive myself and own up to the part I played in our 4 toxic years together. It helped me move past the insecurities I developed while with him regarding my age, my looks and being a single mom. It took a while to work through the damage.

What I only just realized though is… It hasn’t helped me move past forgiving him…or forgetting.

This past weekend, he showed up at a gala I typically attend, with his girlfriend…maybe even fiancé —she is sporting a ring. A single mom with 3 kids, older and wearing red nail polish (idk), issues he had with me that ALL came flying back, in an instant of seeing their picture together.

I couldn’t help thinking it. He didn’t want someone else’s kids. He wanted his own. WTF happened to that grand statement???

At the end of us, even though he never met my kids, he was so adamant and it was so engrained on my heart and in my brain that by the time, I felt safe enough to allow someone new into my world, I was on the offensive. I must have asked that person dozens of times if he was sure he was ok with my having kids. If he hadn’t been? Punted. My boundaries and priorities were crystal clear.

While I was trying to make sense of my unwillingness to drop it— let the past be the past— I remembered something else….

Power of Forgiveness. A couple of years ago, after 20+ years of not seeing each other, my old boyfriend from when I was 16, contacted me. I hadn’t given him much thought since that time but I was happy to hear from him. It was nice to reconnect. He’s happily married, has kids and is a police officer now. He wasn’t reaching out looking to recreate anything but he was looking to lay to rest something he did to me back then that’s bothered him ever since.

He was 20 and obviously, me being 16, I was pretty innocent…and happy to say, I remained innocent (to my 16-year old daughter out there) but he cheated on me with my girlfriend. I found out.

When I think back to how I responded and with the lens of an adult, it wasn’t his actions that hurt me so much as it was her betrayal. It stung me to the core.

He showed up at my door for months with roses, gifts and poems he had written and I wouldn’t answer. I wouldn’t give him the time of day.

I gave back the things I had borrowed from her at school and while she stood at my locker accepting them, the halls emptying as students rushed to their next class, I stood there. Rigid. Trying to hold my tongue but then it slipped out, at first as a whisper, “How could you?” The dam of hurt and frustration broke. My face inches from hers and the intensity of my emotions so powerful and full of pain that my words backed her up against a wall.

How I didn’t get into trouble from one of the teachers is beyond me. The word SL*T was ringing so loudly in my ears, it had to be reverberating throughout the school. I certainly didn’t use words like that. I ran to my English class, stood outside the door, shaking, composing myself, and then walked in and took my seat, expecting to be pulled out and sent to the principal’s office at any moment.

I cut them both out of my life instantly and didn’t really give either of them or the situation much thought afterward. I stuffed it down.

But clearly, he didn’t. While I had minimized that shared experience (and looking back, I probably shouldn’t have), it became something incredibly significant to him. I was part of his growth. His journey. A turning point. He dropped out of college and was a complete mess for a couple of years, trying to deal with the incongruence of who he believed himself to be with the actions that ultimately, led to me walking away.

So when he was sitting there in front of me, apologizing 20+ years later as though it had happened yesterday, I sat stunned. I told him it was so long ago and it was okay. I was okay. He didn’t want to hear it. It wasn’t okay and he needed me to know that he knew that. He asked for my forgiveness, hoped one day to be my friend.

Having brought that thought to mind, it made me rethink about this “waiting for an apology” thing, I’ve been unconsciously focused on. A sincere action that likely won’t ever occur. Do I really need an apology to forgive him?

When I look at my boyfriend from my teenage years and the 20+ years he waited to finally seek forgiveness, do I really want that to be me? On hold, shaping my thoughts and emotions, 20+ years out?

This is what I believe to be true…

“Each and every incomplete thing in your life or work exerts a draining force on you, sucking the energy of accomplishment and success out of you as surely as a vampire stealing your blood.

Every incomplete promise, commitment and agreement saps your strength, because it blocks your momentum, inhibits your ability to move forward, to progress and improve. Incomplete things keep calling you back to the past to take care of them.

Here’s the unfortunate and powerfully destructive truth of being incomplete: it keeps the past alive. … people who live on the success curve are pulled by the future, while those who dwell on the failure curve are pulled by the past. And a sure-fire way to be forced to live as a prisoner of your past is to not complete things.” (Jeff Olson – The Slight Edge)

Forgiveness is one of those things, and many of us leave it as incomplete. That apology I’ve been secretly holding out for, might be 20+years in the making, who knows? But then again, who cares? He and I might never be on the same conscious plane and then what?

I can no longer change the impact he had on me in my past but I can have a say about his impact on me going forward into my future.

From my keyboard, to your consciousness and my heart…Thank you for the lessons.

Now it’s your turn. Are you waiting for an apology? Do you need one?