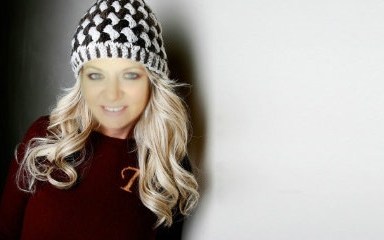 By Tennille Shelley Updated June 1, 2018
Shutterstock
According to John Gottman, Ph.D., there are four behaviors, if occurring repeatedly are guaranteed predictors of failed relationships and divorce. He refers to these behaviors as The Four Horsemen of the Apocalypse and if a relationship has any chance of succeeding, these behaviors must discontinue immediately or you and your partner are headed for trouble:

1. Criticism: There is a huge difference between criticizing a person’s character and voicing a concern or complaint about how something makes you feel. To say that someone is lazy, for example is a criticism. To say that “I feel frustrated that you don’t help clean the house” is a valid concern or complaint. Criticism is a form of verbal abuse and an attempt to tear down the other person’s self-esteem in order to obtain the outcome the critic desires. If criticism is occurring commonly in a relationship, communication must be addressed – sometimes professionally – if the relationship has any hope of surviving.

2. Defensiveness: Commonly, defensiveness is a tool used in a conflict where you have completely shut out what your partner is trying to say and instead you are blame shifting and avoiding accountability for your part in the conflict. If your partner has mentioned a valid concern and you immediately jump to defend yourself and make excuses, you are participating in defensiveness rather than healthy discussion. This relationship killer is probably the most common, because few people like to admit they were wrong.

3. Contempt: You know you are contemptuous when you use blatantly disrespectful gestures like rolling your eyes, sarcasm, or what you might perceive as humor to avoid directly addressing your partners concerns. It’s important to be aware of your behaviors and be direct about how you feel rather than being passive aggressive or rude. Contempt can also be mentally putting your partner down in an attempt to protect yourself. Avoiding contempt can sometimes be difficult but if you can learn to appreciate your partners great qualities and practice open communication, this exercise will surely pay off.

4. Stonewalling: The last and most dangerous relationship killer that makes up the fourth horseman of the apocalypse is Stonewalling. Stonewalling is behavior that shuts off communication and is used as a weapon of manipulation. The most common form of stonewalling is using the “silent treatment” or responding with “I’m fine” in a cold, unfeeling way. Stonewalling causes your partner to feel blocked off from you and to feel punished for some unspoken error. Stonewalling is never productive. On the contrary, stonewalling invites fear into your relationship instead of trust that honest feelings are shared. Men tend to stonewall because they are overwhelmed, while women tend to want to “talk it out” to the point of exhaustion, causing their partner to walk away, i.e. Stonewall. When you stonewall regularly you are pulling yourself out of the relationship rather than valuing it enough to work on it.

The important thing to remember is that all couples participate in criticism, defensiveness, contempt and stonewalling at least once or twice in the relationship. A word to the wise though, once recognized, it is imperative to correct the behavior, and fast. When you and your partner cannot communicate in a healthy way, it is time to seek professional help or come to grips with the relationship’s end. A good rule of thumb to live by is the 1:5 ratio – or for every negative interaction, there should be 5 positive interactions, or more.

An award winning writer from Orlando, FL - Tennille Shelley is passionate about subjects like lifestyle advice, ...