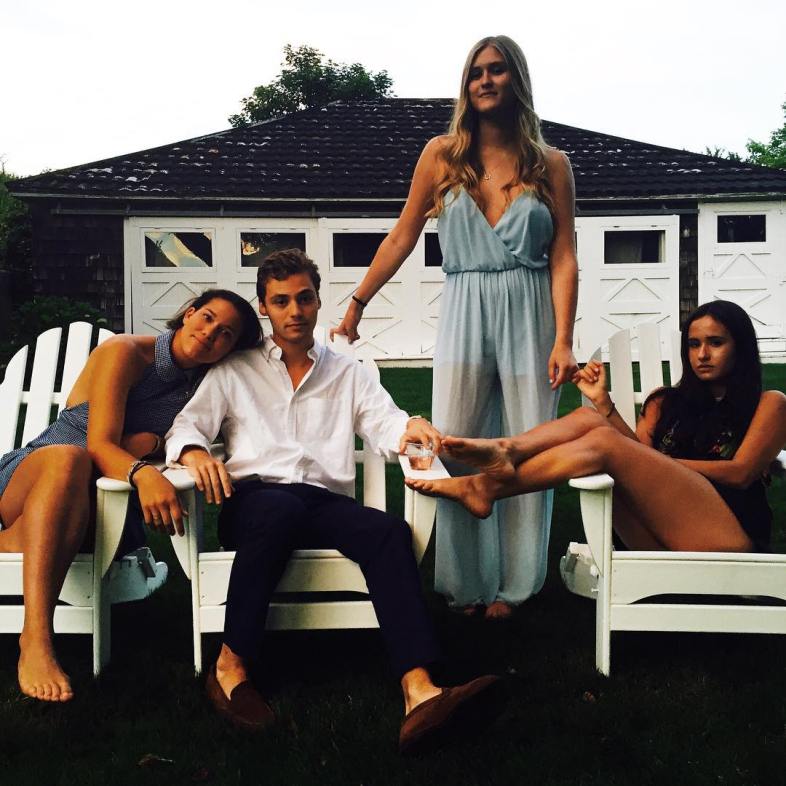 3. You dress to impress (each other).

5. You do everything with a full-squad turnout. No rain-checks.

6. …But everyone is always late.

7. (Except for your token *has her shit moderately together* friend—you knowww, the one who calls out everyone’s *crazy* quicker than Bethenny herself.)

8. Also tho, you all recognize that “crazy” is a pretty flaccid diss. Like, you’re ALL fucking crazy bitches, and that’s what makes u, u.

9. There’s at least one raging alcoholic among you (whose drunkest episodes are sponsored exclusively by Whispering Angel).

10. …And she’s probably the same friend after whom you had to call the Greek police when she went missing in Mykonos that one summer due to *a spell* of drunken belligerence.

11. Plastic surgery isn’t off the table (for any of you).

12. There’s that one subject that makes you all cry the minute the Pinot starts flowing, e.g. French anti-Semites, college rape culture, Amy Winehouse.

13. Your friendship, much like Sonja and Ramona’s, is marked by blow-out fights that end (in teary kisses) just as erratically as they started.

14. And, of course, much like Sonja and Ramona’s, your most historic *blow-outs* transpired over subjects of GREAT importance, e.g. who was more famous in her prime: Kim or Paris? (KIM, like r u kidding.)

15. You blame your mothers for ALL of your psychoses.

16. You’re all prone to picking fights with innocent men waiting in line for the club cuz you’re bored.

18. …Which is probably the title of your supernaturally active group text. That or something referencing your squad’s nuanced beauty, e.g. “CBS: Cute But Sexy.”

19. LOL speaking of your group text, you still haven’t fully recovered from its most infamous argument………

20. ………The one that went down when you assigned a friend’s contact the *loudly wining yellow face* emoji in your phone, to which she furiously responded, “there’s more to me than my drama.”

24. You ride for your bitch at ANY opportunity.

25. …Even that one NYE she verbally battered (while blackout) a very nice-looking, middle-aged customer at Ray’s Pizza because “she was looking at [her] like she had a problem.”

27. (Also, that was the same NYE she made out with a high schooler at CVS.)

28. You do everything *for shock value*.

31. You may or may not have recorded a full-length music video to Kanye’s “Mercy,” complete with champagne, the WSJ, and your friend’s jacuzzi…in Honolulu.

32. Each of you has your distinct style/humor, but together, you always maintain VERY cohesive brand consistency.

33. …In other words, you’re literally the funniest, drunkest, baddest bitches in the continental U.S.

34. (And you literally won’t let each other forget it.)

11 Things To Do When Your Dream Job Says ‘No’