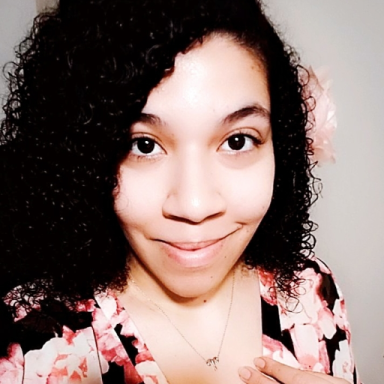 Before you read, please note that this article is not intended to pathologize anyone. It’s purpose is to distinguish between and offer clarification for different types of emotional abuse.

Narcissism is such a popular buzzword online that many posts/communities lump all forms of abuse under, not realizing that often what they’re describing can be better explained by Psychopathy/Sociopathy or Borderline tendencies.

Here are descriptions of them as well as how they compare/differ:

Narcissists are known for being charming, captivating, and conceited, when it’s all just a facade for hiding their insecurities and inferiority complex. They may take advantage of or manipulate others for selfish gains. There are many articles on this type of emotional abuse, so I won’t get too into it, but they may gaslight or dismiss their targets to protect their reputation and personal interests.

Example: Person A is performative around neighbors and friends for external validation. In public, she showers her daughter with affection but is bitter, rude, and condescending behind closed doors. If her daughter confronts her about it, she’ll usually guilt trip her into thinking it’s her fault for not being grateful enough.

Psychopaths/Sociopaths have a flare for sadism. There is a blatant disregard for others and humanity, especially boundaries and laws, which they perceive themselves as being above. There is no remorse for the pain they cause, as they deem it necessary since it is needed to accomplish their goals and confirmation for their perceived superiority, or it is simply amusing.

Example: Person B (Psychopath) constantly viewed himself as being above others (intellectually/philosophically) and had an arrogance when he didn’t get his way. He was incredibly cold, cynical, and callous, often detached from his emotions. His feelings had a shallow range of being either happy or angry, with nothing in between. He was very controlling in his relationships. He thought it was funny to show his girlfriend disturbing videos, even though they gave her nightmares.

Person C always lacked responsibility, a key trait of Sociopathy, since she didn’t hold onto jobs for long or get along well with others. She obviously disregarded people’s boundaries, never took accountability for her actions, possessing the same arrogance as Person B, but with no founded accomplishments or skill set to justify it.

Borderline tendencies are synonymous with relationship instability, emotional dysregulation, and lacking insight. These are often fueled from a constant fear of abandonment or rejection by one’s peers.

Example: Person D always had a clingy, overly possessive, obsessive, “me me me!!!” persona. He displayed patterns of idealization, putting friends on a pedestal, then devaluing them completely, making them look like the bad guy—a defamation of their character. (His friendships had a hot/cold, love/hate quality to them.) He often had no idea why he acted this way if he recognized it or was unaware of it completely. He was engaged in many self-harming and detrimental habits. (i.e. addiction, binge eating, impulsive spending, risky sexual encounters, etc.) Overly anxious, unable to regulate these attention seeking behaviors and unhealthy coping mechanisms.

As you can see with all of these descriptions, Narcissism is very similar—the lack of empathy runs throughout. But there is a difference between that and a lack of regard for others well-being/lack of remorse and an instability/complete lack of insight.

Lack of Empathy = Not understanding someone else’s emotions, experiences, or perspectives

Lack of Regard/Remorse = Being sadistic, having no guilt or regret for causing one pain or breaking a rule/boundary

Lack of Insight = The lines of right/wrong are unclear and boundaries are blurred. No true awareness into actions that are harmful to others or self-control to understand such actions/prevent them

All are very similar, just not exactly the same

—Narcissism is often the product of emotional neglect

—Borderline is often the result of abandonment or other significant childhood trauma.

This is not to say all people with these specific disorders are necessarily abusive. That would be a gross overgeneralization and an inaccurate statement to make. These conditions can all present in different ways within different people and have varying degrees of severity.

If you recognize these traits within a loved one or yourself, just know that anyone is capable of change. With awareness, desire, willpower, dedication, and the proper treatment, having healthy relationships is possible.

On Love Bombing, FKA Twigs, And How We’ve Been Conditioned To Accept Abuse