“Alpha” women are ambitious, confident, multifaceted, independent and strong. They are naturally magnetic to those who encounter them. They usually have something special about them that makes them stand out from the crowd; they are wild, they are brave, they are unbound and they are often times unpredictable. Untethered by anything or anyone, they are the perfect package for a man (or woman) who is looking for a partner that is fun, self-reliant, determined and passionate.

Yet alpha women do not tend to settle down easily nor do they settle for just anyone. This is the type of woman who isn’t afraid to be alone – so if she’s spending her time with you, it can be quite the compliment. But what actually turns an alpha woman on – and captures her attention long-term?

The most important thing to remember is that if you are genuinely interested in captivating an alpha woman, you have to be sure you’re doing it for the right reasons – to connect with her, and not to use her for a selfish agenda. Otherwise, your efforts will fall flat because an alpha woman is someone who’s discerning enough to see through the manipulation. And the last thing you want to do is evoke the ‘passion’ of an alpha woman in the other direction by pissing her off.

Here are seven ways you can turn an alpha woman on – without even touching her:

1. Respect her and her time.

Alpha women do not put up with bullshit. They simply do not have the time to analyze mixed messages or become fluent in your hot and cold behavior. They’re way too busy working on their goals and leading thriving lives to entertain partners with half-assed efforts. When you respect her, this means you respect her time, her efforts and you reciprocate them with consistency. Make time for her, just as she makes time for you. Be honest. Be helpful. Be open to feedback. 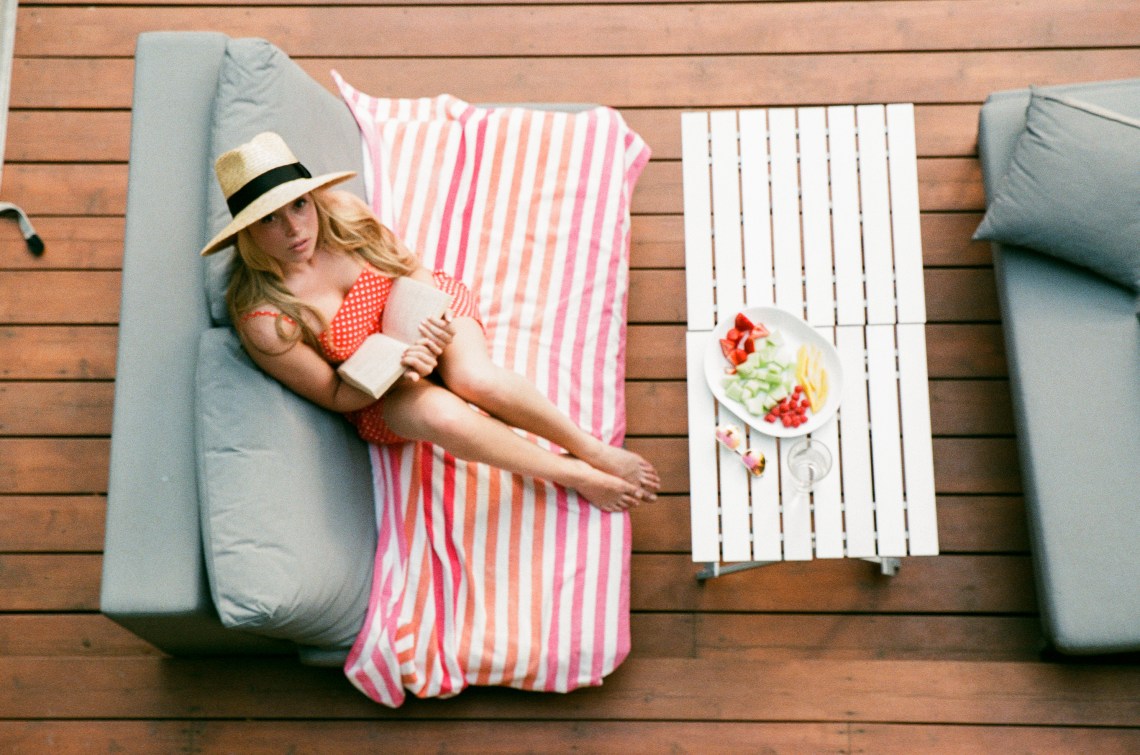 Treat her well and you will be treated well in return. Even independent alpha women like to be romanced, swept off their feet and courted from time to time – so a little bit of chivalry never hurts (and don’t worry, alpha women are generous with their partners too – it’s a mutual thing for them). A partner whose words and actions match and whose character speaks to his integrity, is someone an alpha woman will always be drawn closer to.

2. Show a genuine admiration for her talents, dreams and goals.

In a society where women are routinely pitted against each other and objectified by appearance, it is refreshing to see a man who honors the inherent assets an alpha woman possesses, the internal qualities that make her truly unique and special. Just knowing that you cherish her gifts and her ambitions is one of the hottest ways you can get her to think about you nonstop. It will distinguish you – but here’s the trick: this admiration has to come from a genuine place, because an alpha woman can spot shallow flattery a mile away.

A man who can authentically admire a woman’s skill set without competing with her or feeling emasculated is a huge turn on for an ambitious alpha woman. She will never be able to get you out of her head because that type of acknowledgement, let’s face it, is still rarer than it should be in a society where men are still expected to be the breadwinners. It shows that you are secure within yourself and won’t try to hold her back or dim her light. And who knows? If all goes well, you two might make a great power couple some day.

3. Banter with her in a way that builds rapport rather than tears her down.

A man who can find the sweet spot between witty banter and sarcasm is the perfect match for an alpha woman. This type of feisty woman loves exercising her intellect and being creative. She loves teasing her partner and having him tease her back. The trick is to do so playfully. Know your limits. Don’t make her the butt of a joke that is obscenely cruel (unless she’s communicated with you that she enjoys that type of humor) – laugh with her, not at her. Gauge her comfort levels while doing so and acknowledge if you’ve gone too far.

4. Find ways to emotionally validate her.

Women are usually gaslighted by society and their partners with regards to their emotions, yet expected to do a lot of the emotional labor in relationships as caretakers. A partner who truly validates a woman and can acknowledge her perspective (without necessarily agreeing with her all the time) is thus incredibly sexy because it goes against the usual script of what masculinity is stereotyped to entail. Listen to her feelings. Learn why she is upset.  And find a way to connect and empathize with this. You don’t have to automatically jump to providing solutions (unless she explicitly asks for them). Alpha women tend to bury their emotions unless they’re useful – giving them the space to share those emotions is a one-way ticket to her heart. Sometimes an alpha woman just wants to feel like she is seen and heard – if you give her the opportunity to do so, she’ll admire you all the more for it.

Respect her when she says no; don’t coerce her to change her mind. Comfort her during her discomfort, and don’t make her feel uncomfortable for having standards. The most seductive quality a man can have is the ability to see a woman’s boundaries and not try to trespass them. It means you actually value her and care about her safety. She will appreciate that to no end.

This works the other way, too. You don’t have to be a people-pleasing doormat to turn on an alpha woman. In fact, healthy boundaries can be a huge turn on for an alpha woman who’s used to getting everything she wants (usually because she worked for it, mind you). Hearing you say “no” or provide a compelling counterargument can intensify the attraction and the excitement for a woman who’s used to being in control. Alpha women still love a challenge and they are very turned on by partners who aren’t afraid to defend themselves (albeit in a respectful manner).

The key is to strike a balance between sensitivity and self-respect.

6. Speaking of control, give her ‘permission’ to lose it. 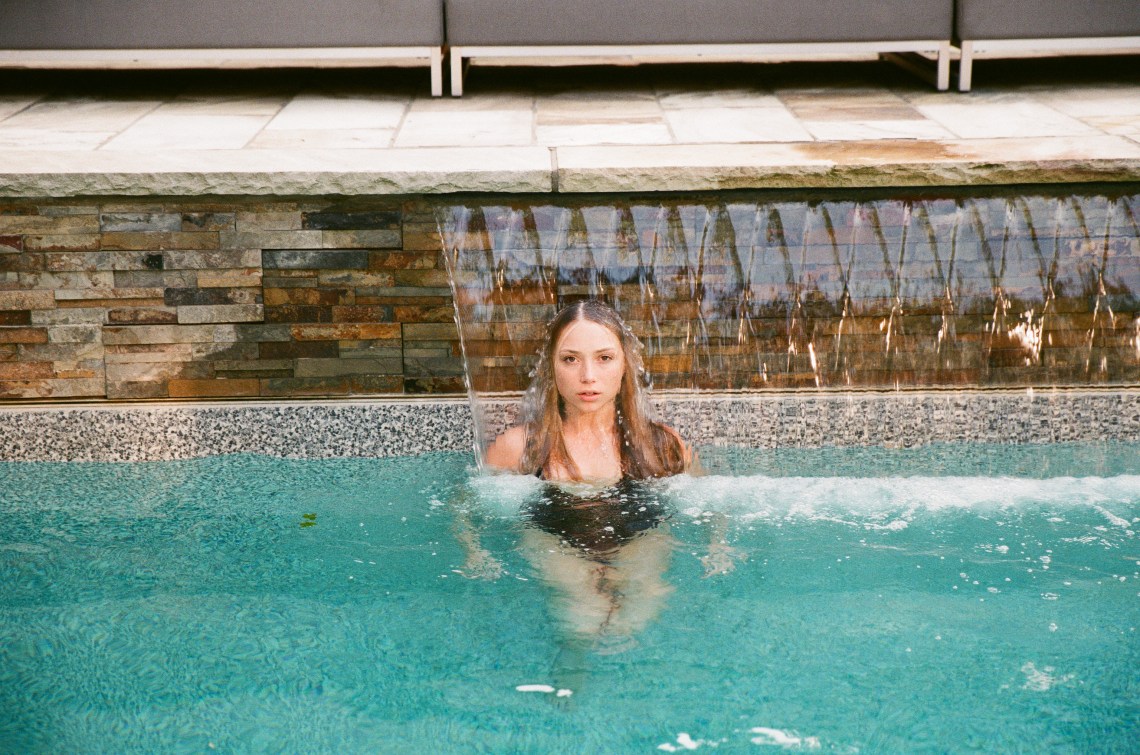 Okay, so this one may involve some physical touch – but it’s really all about the mindset. Let’s be real: alpha women are highly dominant control freaks. They love being in charge. They’re used to being the boss in all facets of their lives – from their flourishing careers to their rich social lives. So when they’re encouraged to lose control, it can be a major turn-on – so long as you do it right.

When they meet a man who finally treats them like an equal, they still have a tendency to try to take back control and sometimes even one-up their partner. It’s their natural instinct – but there are times they wish they could “turn off” this instinct because it can cause a partnership to become a power play.

Remember, alpha females can be competitive – that’s how they’ve climbed ladders and built their empires. This assertiveness is probably what drew you to them in the first place. However, alpha females also know that it can also be just as sexy to lose control – they just need to be reminded that they’re safe losing control with you.

The best solution? Make her feel emotionally safe to express her desires. Give her encouragement to “let go” in ways that she finds pleasurable – whether it be in the bedroom or in the more affectionate aspects of your relationship. There’s no bigger turn on for a woman who is used to being the one in charge letting loose and being a tad more “submissive” or receptive to being the one “taken care” of, especially in bed. If she’s open to it, there are more than enough ways to get her to enjoy losing control once in a while. Use your imagination with this one (and of course, make sure she’s comfortable with it before you proceed).

7. Don’t be afraid to get a little sentimental.

Alpha women are used to meeting men who mask their emotions and hide their true feelings under the guise of hyper-masculinity. In fact, they’re used to this sort of strong posturing themselves. But with this type of woman, being a little more sentimental can help balance out her more seemingly stoic attitude. A peek into your vulnerable side will encourage her to open up as well. Find ways to tell her how much she means to you and how lucky you feel to have her in your life. Share things with her you normally wouldn’t with anyone else. This emotional intimacy is both refreshing and mind blowing for an alpha woman to experience – and it can create an intense bond between the two of you that transcends beyond just the physical.